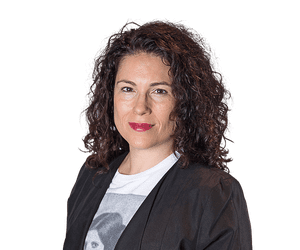 Rebecca Huntley proffers reassurance to the faithful fans of man-made weather. Why make sense when you can just weep your way through national energy policy?

Stop making sense: why it’s time to get emotional about climate change

It’s a soothing piece of public self-therapy, offering forgiveness to those, like her, that struggle to make sense in the first place. Having lost the debate on climate science, and being reduced to petty namecalling, Huntley’s job, apparently, is to distort what people think science is.

The science behind climate change has been proven correct to the highest degree of certainty the scientific method allows.

Why stop there? Climate change has been proven beyond the highest degree of certainty allowed. It’s gone right off the scale and into the supernatural. It’s a place where 16 year old sages prophesy the future and tell the world to stop floods with windmills.

If you weren’t confused about the definition of climate change, Huntley is here to make sure you are:

But climate change is more than just the science. It’s a social phenomenon

The last thing a prophetic cult needs is accurate language. People might spot how contradictory the arguments are.

Is she a social scientist or a God?

Then again, I’m a social scientist. I study people. I deal mostly in feelings, not facts. A joke I like to tell about myself during speeches is that I’m an expert in the opinions of people who don’t know what they’re talking about.

And we’d like to see her say that to Richard Lindzen or Roy Spencer.

How does she know all those skeptics don’t know what they are talking about?

Huntley is living the Dunning-Kruger-confirmation-dream:

Have a look at the must-watch 2018 Ted Talk by the meteorologist J Marshall Shepherd, on three kinds of bias that shape your worldview. The first, and probably the most obvious, is confirmation bias, namely that we zero in on evidence that supports what we already believe.

We can’t wait to hear Huntley describe the core scientific arguments of leading skeptics. Could we send her a pop-quiz?

Confirmation bias is even more pronounced in a world where we can use our social media to filter out information we don’t want to absorb and where we follow influencers who reinforce our existing beliefs.

The second bias is called Dunning-Kruger, which describes our human tendency to think we know more than we do as well as to underestimate what we don’t know. Again, I see this happen in focus groups all the time, when participants with no scientific credentials or training pick apart the science of climate change.

Perhaps like the social scientists who think that opinion polls of climate modelers are more important than 3,000 ocean buoys, 6,000 boreholes, and 28 million weather balloons, not to mention 800,000 years  of ice cores, and 30 years of satellites?

The third and final bias is cognitive dissonance. When people encounter actions or ideas they cannot reconcile psychologically with their own beliefs, they experience discomfort. They then try to resolve their discomfort by arguing away the new evidence.

Rebecca Hunter believes climate change has been proven correct to the highest degree of certainty. Her cognitive dissonance is so large, she’s argued away the entire science debate.

• This is an edited extract from How to Talk About Climate Change in a Way That Makes a Difference, by Rebecca Huntley (Murdoch Books, $32.99)

It’s a hard job, but someone’s got to play “expert” and convince the struggling believers that they don’t even need to pretend to be scientific anymore.