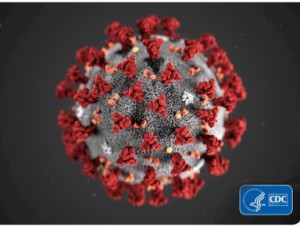 The claims that the current pandemic Coronavirus is natural all rely on it being 96% closely related to a natural bat virus known as the RaTG13 virus. But new analysis suggests this “natural” virus only exists as a fake creation on a Chinese computer.

The implications of this type of work will affect global politics. The anger towards the Chinese CCP mismanagement, dishonesty, and the coverup will unite the world against the global bad-citizen player. It also drives a pike through the casual globalist academic programs, and the role of people like Anthony Fauci, chief advisor to Trump, head of the Expert Swamp in the US. Why was he sending money to the Wuhan Institute of Virology? Why did the West help train and supply this lab?

The virus that SARS-CoV-2 is supposed to have evolved from looks unmistakably artificial — in sections it contains far too many “mutations” that matter but hardly any of the normal noise of silent mutations which always occur naturally alongside the mutations which change the end product. Like someone cut and pasted multiple photos together with different background noise. Other sections of the code which ought to mutate quickly are suspiciously identical and unchanged, and didn’t mutate at all. (In the wild there is little selective pressure on something called “E Proteins” and they vary a lot in other coronaviruses. They are already mutating fast in the pandemic but somehow were “frozen” in time in RaTG13.)

Dr. Shi Zhengli is known as the Bat Woman of Wuhan Virology. We’ve already heard how her lab was central to research on Coronaviruses and how she and others were ordered to destroy all copies of the laboratory viruses on Jan 2nd this year in what appears to be a mass cover up.

A string of papers were released in February claiming the Wuhan Virus was “96% related” to a known Bat Coronavirus and was therefore natural (see Zhao et al 2020, Shan-Lu Liu, 2020, Andersen et al 2020). Two of these papers appeared in Nature. But what we didn’t know was that the RNA sequence for the original bat Coronavirus that the new pandemic evolved from, which was called RaTG13, was only registered on Jan 27th this year, despite it supposedly being discovered in 2013. The first  Nature paper appeared only 6 days later. So much for Peer Review…

No one has a sample of that virus, no one else has sequenced it, and it, as Steven Mosher says may only exist “in a string of letters on her computer”.

NerdHasPower describes how easy it is to create a “natural bat virus” that matches the Wuhan virus:

Can the sequence of such a virus be fabricated? It cannot be any easier. It takes a person less than a day to TYPE such a sequence (less than 30,000 letters) in a word file. And it would be a thousand times easier if you already have a template that is about 96% identical to the one you are trying to create. Once the typing is finished, one can upload the sequence onto the public database. Contrary to general conception, such database does not really have a way to validate the authenticity or correctness of the uploaded sequence. It relies completely upon the scientists themselves – upon their honesty and consciences. Once uploaded and released, such sequence data becomes public and can be used legitimately in scientific analysis and publications.

NerdHasPower, with several helpers, shows there are sections which are missing the silent mutations which would normally occur in a virus due to natural mutation. Think of these as the noise that should be there, but isn’t. The lack of this background noise shows the mutations were “designed” by the hand of man (or woman, in this case) with an aim in mind.

He points out that scientists like Zhengli would not sit on a hot new natural bat virus like RaTG13 for six or seven long years without publishing it. The first thing they would do is analyze it for sequences that show whether it would bind to human ACE2 receptors like SARS did — making it a potential human threat. It’s exactly the kind of discovery researchers are hunting for, the kind that make that researcher a highly cited, author.

As an expert as Shi is, she only needed to take one peek at the sequence of RaTG13’s RBD and immediately realize: this virus closely resembles SARS in its RBD and has a clear potential of infecting humans. If Shi’s public statement is true and she indeed intends to discover bat coronaviruses with a potential to cross-over to humans, how could she possibly overlook this extremely interesting finding of RaTG13? If this RaTG13 was discovered SEVEN years ago in 2013, why did Shi not publish this astonishing finding earlier and yet let the “less-attractive” viruses take the stage? Why did she decide to publish such a sequence only when the current outbreak took place and people started questioning the origin of the Wuhan coronavirus?

None of these makes sense. These facts only add to the suspicion – Zhengli Shi either was directly involved in the creation of this virus/bioweapon, or helped cover it up, or both.

Steven Mosher has done a masterful job of explaining the whole story of the master code cracking done by NerdHasPower, who published in Chinese and English and who says only he is “A Nobody Scientist”. Presumably honest Chinese scientists need to be nobodies.

Was the coronavirus created by Chinese scientist who tried to cover her tracks – and failed?

To reinforce the “Wet Market” cover story, namely, that this new pathogen had come from nature and not from her lab, something had to be done. And it had to be done quickly, since by then the China Coronavirus had spread to the rest of the world.  Anger against China for its lack of transparency about the origins and characteristics of the virus was growing.

The similarity between the two coronaviruses—including their common ability to infect humans–would greatly reinforce [Dr Shi Zhengli’s] story that the SARS-CoV-2 had jumped from a bat to a human, perhaps through some intermediate species at the Wuhan wet market.

So, all Dr. Shi had to do was sit down before her computer keyboard, open a word file, and begin to fabricate the SARS-CoV-2 analogue that she would claim to have found in nature seven years before. All she had to do was type in the genetic sequence of her own creation, SARS-CoV-2, changing a few nucleotides now and again to mimic the “random mutations” that regularly occur in nature.

She could easily have completed the “data entry” part of her task in a day, since all she was doing was entering in a string of letters alternating between the four nucleotides, A, U, G, and C.  And coronaviruses contain less than 30,000 different nucleotides.

Dr. Shi registered her new virus on January 27th, 2020, with the National Center for Biotechnology Information (NCBI) of the U.S. National Institutes of Health, the customary repository for such information.  She called it RaTG-13, Ra for Rhinolophus affinis, the Latin name of the Intermediate Horseshoe Bat, and 13 for 2013, the year she supposedly “discovered” it.

A lot of people have been taken in by Dr. Shi’s clever “discovery,” which is looking more and more like a forgery. No one else has independently verified its existence.  No other lab has a sample of it, and no one else has ever sequenced it.  And of course, they likely never will, because more and more evidence suggests that it exists only in a string of letters on her computer.

The case of the missing silent mutations

NerdHasPower has shown that the changes that supposedly occurred by natural mutation from the wild RaTG13 virus to the SARS-Cov-2 virus have a very unnatural pattern.

The code for RNA is a string of four letters A, T, C and G. Each Coronavirus is a string of these letters 29,000 bases long. It is the same code as all life on Earth (or it wouldn’t be able to be used inside our cells). The string is read as three letter codons (Eg: ATG, or ATC). Each three letter codon is translated into one particular amino acid, but there is redundancy built in to the code. So often one letter of each codon can mutate but still code for the same amino acid. This protects the code, so that most mutations won’t change the end product. They are “silent” mutations which don’t change the end product – they are the spelling error that can’t be heard — like reading Cat and Kat. (Synonymous mutants don’t change the meaning)

In nature, the ratio of synonymous to non-synonymous is approximately 5:1.

Here’s where Dr. Shi got into trouble.  When typing in the genomic sequence of her “discovery” she made way too many non-synonymous changes at the beginning.  Then, one-third of the way through the sequence, she apparently realized her error.  After that, she made way too few non-synonymous changes.  So while the entire genome has the expected 5:1 ratio, there are stretches where the ratio is closer to 2:1, and other long stretches where it is as high as 44:1.

Nature’s mutations are random.  Dr. Shi’s “mutations” are not. Dr. Lawrence Sellin has calculated that the odds that her “mutations” occurred naturally in just one area—the critical spike protein–at almost ten million to one.

Thank the Expert Swamp for help creating this virus

Dr Anthony Fauci sent $US to do this work in China.

…here is one thing about Dr. Shi’s research that we do know with absolute, ironclad certainty: The U.S. was helping to fund it.  From 2013 onwards, the National Institute of Allergies and Infectious Diseases, run by the now-famous Dr. Anthony Fauci, gave $7.4 million for research involving gain-of-function work and collecting and studying bat coronaviruses, $600,000 of which went to the Wuhan Institute of Virology.  Much of the rest went to other labs in China.

If Dr. Fauci was as familiar with the Chinese Communist Party as he is with viruses, he would not have sent the Wuhan Institute of Virology one thin dime. He would have known that the PRC has a long-running program to develop bioweapons. He would have concluded that China’s only BSL-4 high containment lab was the obvious place to carry out at least some of this research.  And he definitely did know that the “Gain-of-Function” research he was funding had the potential to create “Pathogens of Pandemic Potential” that might not be used for peaceful ends.

NerdHasPower on the E proteins that don’t mutate

Those who know genetics will get a lot out the collective investigation going on at NerdHasPower.

PETITION: No to mandatory vaccination for the coronavirus! Sign the petition here.
9.4 out of 10 based on 85 ratings