In the new pandemic era with a global social media, people are not waiting for governments to tell them travel is risky.

According to IATA’s press release, airlines are experiencing serious declines in demand:

It almost gives me hope that people are smart enough to outwit their governments and protect themselves despite the incompetence at the top. But it doesn’t get the governments off the hook — it just shows how easy it would have been to stop the flights. The problem is that while the people who are afraid of getting sick are staying home, the people who are surrounded by the sick would want to fly in if they could.  Therefore countries that want to stop their hospitals being overrun still need to stop those flights.

With only two cases of Covid-19 here in Western Australia (both from the Diamond Princess) and no sign of community spread, the state government just declared that all international school camps are henceforth cancelled (including for private schools — see how “private” they really are?) So kids without the virus can’t fly out, but people with the virus are welcome to fly in.

As Jude says on Twitter, his daughter just flew in to Melbourne from South Korea and no one even bothered to take her temperature.

Our chief medical officer says ” it was no longer possible to completely prevent people with the coronavirus from entering the country”. Ironically, because the sick people can come here, soon healthy ones won’t want too. Voluntarily, the people we do want as tourists will all stay home. The borders will semi-shut without government action anyway, but it’s the most useless kind of border control.

Two weeks and two days ago South Korea had 30 cases. Now it has 5,186. Of those, twenty eight people have died, which sounds not-too-awful til you realize that it’s a two week lag to death (or even three), and 28 out of 30 is a 93% mortality rate. Except, of course, it isn’t. It means South Korea had far more cases two weeks ago than they realized. It’s the same for Italy and Iran. How many other places are about to leap forward…?

Australia for one, thanks to the back door non-quarantine for Chinese students. The irony here is that this man from China possibly caught the virus in the Middle East on the way. He might not have caught the virus if he stayed at home.

A Chinese man believed to have contracted the coronavirus during 14 days of supposed self-quarantine in Dubai has raised a red flag about the “back door” for fee-­paying university students entering the country.

More than 11,000 Chinese university and high school students have used the third-country layover mechanism to sidestep the ban on Chinese nationals flying ­direct to Australia.

Up to 1 million people could be tested for coronavirus in the US by the end of the week, health officials say

(CNN)Up to 1 million people could be tested for coronavirus by the end of week, the FDA said, as cases across the US rose to more than 100 and health officials warned the number will keep climbing.

Cases of the virus have now been reported in 12 states — the majority of them in California and Washington, where six people have died.

About a quarter of the current cases were likely transmitted through US communities,

It’s the first run on shop shelves I’ve ever seen. 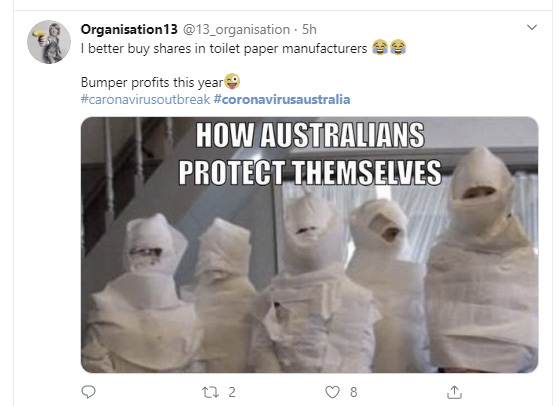