Looks like the dams will still fill. Sydney’s main dam — the Waragamba was only 42% full a few days ago, now it’s 70% full, and most of the fires are out, or will be soon. 16 river systems have flooded, and 13,000 people are being evacuated. Where is that hotter-drier future when you need it?

Sydney has been hit by its heaviest rain in 30 years, bringing widespread flooding but also putting out two massive bushfires in New South Wales. Australia’s weather agency said 391.6mm of rain had fallen in the past four days in Sydney, more than three times the average rainfall for February. About 100,000 homes are without power, and officials have warned flash floods could be life-threatening.

Jan 2nd 2020:  “February to April has roughly equal chances of being wetter or drier than average for most of Australia.

While outlooks for drier than average conditions have eased compared to those issued for late 2019, several months of above average rainfall are needed to see a recovery from current long-term rainfall deficiencies.” 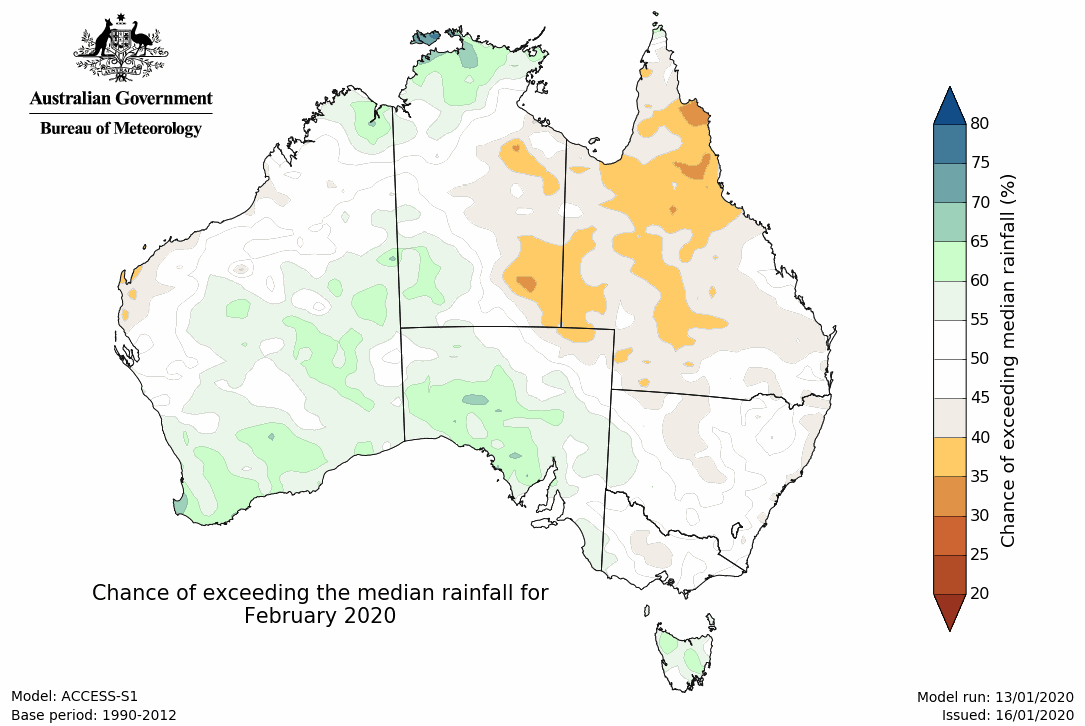 Predictions for rain in Australia for Feb

Two days before summer started the phrase was “hot and dry”.

Summer is looking hot for most of the country and dry for the east, according to the Bureau of Meteorology’s summer outlook.

Andrew Watkins, head of long-range forecasts at the Bureau of Meteorology (BOM), said the overall outlook for summer is generally warmer than normal conditions over much of the country, with particularly dry conditions for the east.

“The highest chances of it being drier than normal, unfortunately, are in those drought areas through central New South Wales, southern Queensland and eastern Victoria,” he said.

Imagine if we could actually predict rainfall?