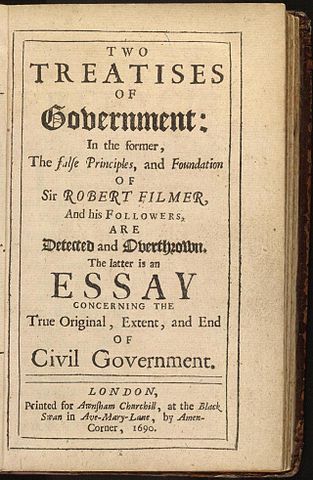 The voters may not like the decisions, but they can’t vote out the bureaucrats. Think of the EPA, the FDA, and of course, the central bankers. Think of the Clean Air Act!

Some of these agencies effectively make the guidelines that we-the-people have to live by, then they enforce them, and adjudicate them too. They become defacto Kingmakers in their own fiefdoms. They are the fourth branch of government, also known as The Deep State.

But what feels wrong, may indeed be wrong, and it’s possible the Obama era Clean Power Plan could be repealed if it is deemed to breach the NonDelegation Doctrine, and there is renewed interest in this now that Brett Kavanaugh is in the Supreme Court. (No wonder some tried so hard to get him out).

The nondelegation doctrine is centuries old, and implicit in not just the US but all written constitutions that impose a separation of power. Here’s the wikipedia entry:

The origins of the nondelegation doctrine, as interpreted in U.S., can be traced back to, at least, 1690, when John Locke wrote:

The Legislative transfer the Power of Making Laws to any other hands. For it being but a delegated Power from the People, they, who have it, cannot pass it over to others. … And when the people have said, We will submit to rules, and be govern’d by Laws made by such Men, and in such Forms, no Body else can say other Men shall make Laws for them; nor can the people be bound by any Laws but such as are Enacted by those, whom they have Chosen, and Authorised to make Laws for them.

An article in E&E argues that no one has used them since 1935, but now with Kavanaugh on the benches, they might. That would rather drop the cat among the pigeons…

Court watchers say Kavanaugh’s addition to the bench could open the door to a revival of the long-dormant nondelegation doctrine, which prevents Congress from handing off policy decisions to federal agencies.

The return of the doctrine, which the court has not used to scrap an agency rule since 1935, could pose a threat to greenhouse gas regulations, said UCLA law professor Ann Carlson.

“The basic idea is that if Congress hasn’t specifically addressed a question, then for an agency to take up that question and regulate on it — particularly when there has been a relatively large passage of time since Congress spoke — it shouldn’t and can’t do so, at least in expansive ways,” Carlson said.

Litigation over the repeal and replacement of the Clean Power Plan could test conservative interest in bringing the nondelegation doctrine back into play.

Critics of the Obama-era Clean Power Plan have argued that EPA overstepped its authority when it drafted a rule to systematically slash emissions from power plants. Under President Trump, the agency has ushered in the less-stringent Affordable Clean Energy rule and has asked a lower court to find that the 2015 regulation was not allowable under the Clean Air Act (Energywire, Nov. 5).

In the Federal Government of the United States, the nondelegation doctrine is the principle that the Congress of the United States, being vested with “all legislative powers” by Article One, Section 1 of the United States Constitution, cannot delegate that power to anyone else. However, the Supreme Court ruled in J. W. Hampton, Jr. & Co. v. United States (1928)[1] that congressional delegation of legislative authority is an implied power of Congress that is constitutional so long as Congress provides an “intelligible principle” to guide the executive branch: “‘In determining what Congress may do in seeking assistance from another branch, the extent and character of that assistance must be fixed according to common sense and the inherent necessities of the government co-ordination.’

Delegation is a question of balance — how do we define what a “big policy” decision is, and what’s a small one?

Jonathan Adler, an environmental law professor at Case Western Reserve University said: “A revival of nondelegation claims doesn’t mean agencies like EPA would be robbed of discretion to act, but that Congress would make the “fundamental legislative choices,”… That could be a good thing, he added.

“Congress could certainly identify criteria on which the regulations would be based, and that’s the way the democratic process is supposed to work,” Adler said.

“The legislature is supposed to be making the big policy judgments.”

There is, maybe, hope in Australia and Canada and NZ … (See wikipedia)

Are all those deep-state agencies independent from political influence, or are they just independent of “the voters”?

Image: Wikimedia in the public domain.