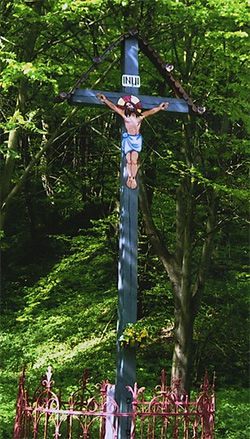 The Catholic Church eyes off the competition — the Green Church of hippie witchdoctors. Thinks about discovering a new commandment — thou shalt not hurt silicon dioxide, (or something like that.)

Some catholic delegates call it an ecological conversion. I call it a marketing campaign.

Harming planet could be a sin, say Vatican delegates

by Tom Kington, The Australian

Delegates at the Pope’s synod on the creeping destruction of the Amazon have called for crimes against the environment to be ranked alongside traditional sins and have raised the idea of “ecological conversion” to a greener brand of Catholicism.

Can’t beat the pagans — can join them:

Conservative critics of the Pope, who loathe his liberal stances on homosexuality and divorce, claim that he has no business fighting climate change. They also allege that the synod’s working document gives tacit approval to pagan worship by praising the closeness of Amazon tribes to ­nature. Cardinal Gerhard Muller, from Germany, a former senior Vatican official who was ousted by the Pope in 2017 over his conservative views, has criticized the term “ecological conversion”, stating: “There is only conversion to the Lord.”

The Vatican wants to be a guide for lost souls, a Sunday social program and the Global EPA.