What kind of conversation only has one side? Paid propaganda.

The Conversation is a site established** by your taxpayer dollars, in countries where 50 – 60% of the entire population don’t agree with the IPCC’s dominant mantra. Yet no matter how qualified you are, no matter how good your argument, your evidence and your data, you, we, half the population, is now banned. The editor Misha Ketchell has officially  blocked unbelievers, and thus effectively admitted that they can’t reply to skeptics, and that skeptics are posing too many questions they can’t answer. They’ve been deleting skeptical comments for years, so it’s good that they finally have the honesty to admit it.

The irony of a site called “The Conversation” which won’t allow a conversation is perfect Owellian Newspeak. Let’s just call it The Conversion from now on (thanks Travis) — the mission is to help converts keep the faith. Yesterday they published hatemail from Tim Flannery calling scientists who disagreed, deniers who are “predatory threats” to his own children. Today they’re banning half the population.

If only they had evidence they wouldn’t need to ban people:

The poor snowflake believers of the Windmills-change-the-weather religion can’t cope with hearing arguments that threaten their faith.  Thou shalt have no other God but mine:

Climate change deniers, and those shamelessly peddling pseudoscience and misinformation, are perpetuating ideas that will ultimately destroy the planet. As a publisher, giving them a voice on our site contributes to a stalled public discourse.

Terrified! Lord save my eyes from blasphemy:

That’s why we’re implementing a zero-tolerance approach to moderating climate change deniers, and sceptics. Not only will we be removing their comments, we’ll be locking their accounts.

So a “stalled public discourse” will be able to move forward by gagging half the population? What’s your definition of “stalled”? No wonder people like Ketchell can’t understand why our electrical grid is being destroyed by subsidizing random generators with no spinning reserve in distant locations — Ketchell doesn’t even understand the basics of discussion — to unstall an argument you let both sides debate, and may “the best man win”. The reason the debate is stalled is because the only outcome Ketchell will accept is belief in fairy weather control. Since it’s a joke, maintained by namecalling “denier” and indignant fautrage, manipulated data and unvalidated models known to fail, this debate will only unstall when the debate is hammered out through … conversation, which obviously isn’t going to happen at The Conversation.

But it can happen here. All believers and escapees from The Conversation are welcome to comment at joannenova.com.au. The only limits are legal, and basic manners.*

One half of the population are wrong on this topic, and one half are running chicken from debate. Join the dots.

Here comes the fake sciencey motherhood statements. Every hypocrite, pocket-dictator and cult-ruler uses some version of “it’s better for you if I protect you from hearing things I deem unworthy”:

We believe conversations are integral to sharing knowledge, but those who are fixated on dodgy ideas in the face of decades of peer-reviewed science are nothing but dangerous.

It is counter productive to present the evidence and then immediately undermine it by giving space to trolls. The hopeless debates between those with evidence and those who fabricate simply stalls action.

As a reader, author or commenter, we need your help. If you see something that is misinformation, please don’t engage, simply report it. Do this by clicking the report button below a comment.

Half the population of Australia, the UK, USA, NZ and Canada are trolls according to surveys and most national elections. As I’ve said before, the polls are in:

Climate change is not a battleground — it’s a fantasy land. Skeptics are usually an absolute majority and have been for years, repeatedly, and across the continents. A ten-second online search shows 56% of Canadians are skeptics. Likewise,  54% of Australians are skeptics (a CSIRO estimate). The latest Yougov survey shows 63% of the USA, 56% of Australians, and 49% of the Brits don’t think the IPCC is right. The OECD estimates  Australian skeptics outnumber believers. A very well done British survey show skeptics are a “minority” of 62%.  A third in the US are not just skeptical they think it’s a total hoax. (And that was years ago, before The Trump. It would be higher now). If a majority “agreed with the consensus” why is it that most Australians don’t want to pay even a tiny $10 a month for renewables to save the world? Nearly half of US adults don’t want to pay $1 a month.  And The British don’t want to pay a cent.
Survey’s show 80% of Australians don’t donate to environmental causes or vote for it. How committed are they? Answer, not even ten bucks a year. On flights, not even two bucks a trip. Survey after survey shows that when people rank issues, climate concerns are flat at the bottom of the barrel. Only 3% of US people think climate is most important issue.

Welcome to the world according to Misha Ketchell

What would Roy Spencer know about climate change?

Obviously he doesn’t have Misha’s scientific qualifications which apparently amount to watching twenty years of The ABC: 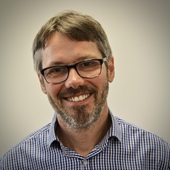 Misha has been a journalist for more than 20 years. In previous roles he was a reporter at The Age, founding editor of The Big Issue Australia and editor of Crikey, The Reader and The Melbourne Weekly. He also spent several years at the ABC where he was a TV producer on Media Watch and The 7:30 Report and an editor on The Drum.

History won’t be kind to those journalists who fell for the belief that solar panels can stop storms which tens of thousands of qualified engineers, atmospheric physicists, geologists, doctors, and scientists tried to warn about. Nobel prize winners of physics and men who walked on the moon. Freeman Dyson. Shame none of them are as smart as Ketchell.

Previous high points in science at The Conversion include Prof Michael Brown attempting collective smears with ad homs, fallacies and photos of blood soaked zombies. Then there was the time Stefan Lewandowsky argued that it was morally OK to impersonate and deceive in order to steal documents from people you can’t beat in a fair argument. Gems, truly worthy of the title “higher education”.

The Conversation’s conflicts of interest hidden in plain view

As for funding: The Conversation in Australia  (the original source that spawned the other national sites) was funded with $6m in government funds, and is now maintained by second-hand government funds washed through “university admin accounts”. They have a record of putting up deceptive and inane Disclosure Statements which say the authors does not work for, consult to, or own shares in or receive funding from any company or organisation that would benefit from this article. Virtually all authors on The Conversation earn their income from Big-Government handouts, and virtually all of them put forward arguments that big-government should get bigger — research should get more funding, universities should get more money, welfare should be larger, the government should be managing the weather, the conversation, your light globes and what you read.

Try to find thinkers who argue for free markets, free speech, small government, fewer laws, greater efficiency and to stop meddling do-gooders from interfering in every aspect of your life. Good luck with that.

* Message to believers: Please, bring out your best, invite your friends! I promise to publish any comment that disagrees with skeptics and doesn’t breach copyright or defamation laws, is relevant to the topic, not a repeat, and is posted by someone with a working email. We ask only civilized manners. Those with a pattern of dominating threads (>10%), hijacking threads, not answering questions, repetition, and who post ad hom fallacies will be asked to change their behaviour.

**Edit: the word “funded” by taxpayer dollars, replaced with “established“. As I explained later in the post the funding is now maintained mostly from universities — so a lot of the funding is still public funds “washed” through grants to universities and student enrollments. Can someone tell me what percentage of university funding ends up coming from the government? Judging from this page — of $11b total in funding for research, it’s all government bar business ($500m) Donations ($250m), Overseas ($372m) and Other Australian ($0.3m) = $1.1b. So university research is 90% government funded? But universities get students too. The bottom line of all funding from higher ed financial accounts suggests the total uni sector gets $32b of which students pay $9.1b, investment  $1.2b, consultancies $1.3b, other $1.8b and the rest appears to be govt. So the govt pays $18.5b which means 57% is government funded?So I get a figure of nearly 60% government funded. I’m not sure that’s right because accounting is not my thing. Do students repay all that debt or does the govt end up footing more of their bill?

The Conversation partners include many unis, plus a couple of foundations, and include CSIRO (are they still funding it?), the Australian Bureau of Agricultural and Resource Economics and Sciences (ABARES), and CSIROs data61. But  without actual numbers, who knows?

I think 60% indirectly government funded is a fair claim. And given that The Conversation is about research mostly, not students, then in some ways it leans closer to 90% government funded.