Two days ago over the Antarctic the SSW or Sudden Stratospheric Warming was still running strong up at 10 hPa or around 30 km high.

NIWA claim it may be the strongest SSW seen in the Southern Hemisphere ever (which means the last 50 years).

Temperatures in the  green circle marked in the centre were 11C, instead of minus 40 to minus 60C. As we mentioned before, this is extremely rare, and the likely implications are that sometime in the next few weeks a cold beast will hit somewhere in the Southern Hemisphere, but no one really knows where. The Australian BOM are rather bravely predicting a warmer less rainy spring for NSW and QLD. (See below).

If only we really understood the major drivers of our climate we might have predicted this more than a few weeks in advance. Perhaps it is caused by some of those solar factors that the big GCM’s completely ignore? 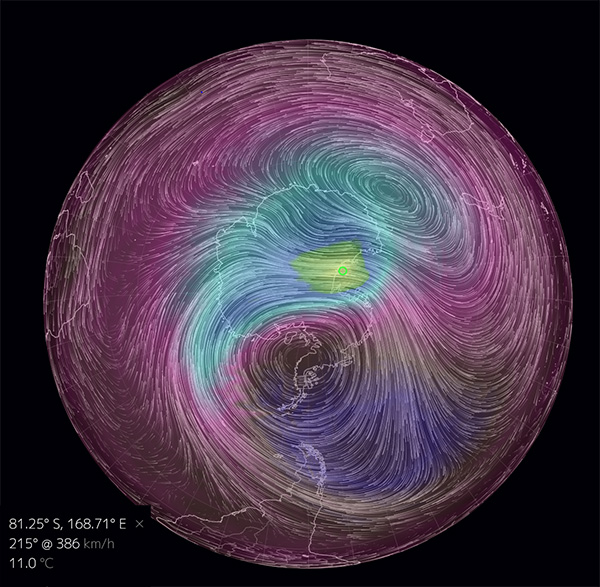 Two years ago, same time, we see a single large polar jetstream at 10hPA and temperatures of around minus 40C in the warmest part and minus 60 elsewhere in the jetstream. These normal winds flow in a westerly direction at around 200km an hour especially in spring. 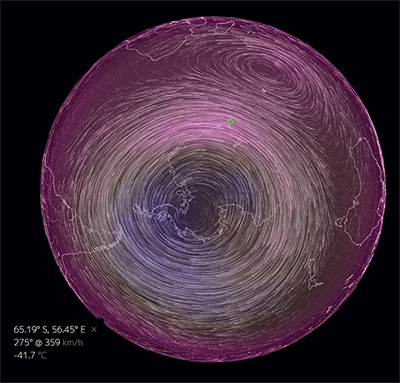 There are hardly any news reports on this in Australia, indeed it’s even hard to find twitter discussion:  #SSW

Predictions for the Australian weather from The Conversation on Sept 5th.

Impacts from this stratospheric warming are likely to reach Earth’s surface in the next month and possibly extend through to January.

Apart from warming the Antarctic region, the most notable effect will be a shift of the Southern Ocean westerly winds towards the Equator.

For regions directly in the path of the strongest westerlies, which includes western Tasmania, New Zealand’s South Island, and Patagonia in South America, this generally results in more storminess and rainfall, and colder temperatures.

But for subtropical Australia, which largely sits north of the main belt of westerlies, the shift results in reduced rainfall, clearer skies, and warmer temperatures.

Past stratospheric warming events and associated wind changes have had their strongest effects in NSW and southern Queensland, where springtime temperatures increased, rainfall decreased and heatwaves and fire risk rose.

The influence of the stratospheric warming has been captured by the Bureau’s climate outlooks, along with the influence of other major climate drivers such as the current positive Indian Ocean Dipole, leading to a hot and dry outlook for spring.

The peak was expected a couple of weeks ago, but apparently the peak moved and was repredicted to be yesterday at 17C.

The peak of the strat. warming is expected tomorrow: +17 °C (290 K) in the stratosphere (10 hPa) above the Antarctic. However the average polar temperatures will increase in the next few days according to the ENS forecast. #SSW #polarvortex
Images via https://t.co/JO5aXhSB59 pic.twitter.com/sgCbbsBi91

Ozone hole headed for zero (as in “solved”)

During the SSW the ozone hole shrinks and repairs itself even faster than usual. Normally the ozone hole grows and peaks in October. But right now it is already vanishing as the winds up high turn back on themselves. At least half the Stratospheric jet stream — especially over the Australian side appears to be flowing from the East instead of the West.  Twitter #Ozonehole

From the Copernicus Atmospheric Monitoring Program:

Must be the CFC-Free bug spray….

Sudden warming in the high stratosphere,
In winter, in the Northern Hemisphere,
Is a forcing, it seems,
On its lower jet streams,
And a sign that a cold blast is near.