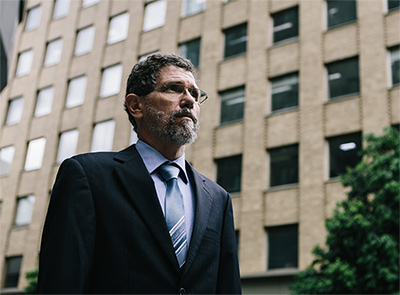 Heads must roll at JCU for the incompetent mismanagement, and for acting as “science” rulers and trying to suppress a scientific view they personally didn’t like. They’ve already wasted $630,000, and now another $1.2m — all so they could stop Ridd saying there is a replication crisis in science and our institutions can no longer be trusted:

James Cook University has been ordered to pay reef scientist Peter Ridd $1.2 million for unlawfully dismissing him after he publicly criticised the institution’s climate change science.

The judge lambasted the university, saying it had “failed to respect (Dr Ridd’s) rights to intellectual freedom”.

JCU has said it will appeal the finding that the dismissal was unlawful and declined to comment further on the judge’s ruling.

In a scathing judgment handed down on Friday, Justice Vasta criticised the university for an “blatantly untrue” and “appalling” public statement it issued after the April ruling.

“Professor Ridd was entitled to say that he had been vindicated by the court.”

This is the most important battle any scientist faces. Without free speech there is no scientific research, only propaganda.

Until JCU pays up and sacks those responsible we must assume all research coming out of this uni is filtered to fit a political agenda. What are JCU researchers not saying because they fear being sacked?

The ABC reminds us of just how dangerous his words were:

Dr Ridd was dismissed by James Cook University (JCU) in 2018 after being issued with a number of warnings for comments he made about a coral researcher and for telling Sky TV that organisations like the Australian Institute of Marine Science (AIMS) could “no longer be trusted”.

Court documents at the time said Dr Ridd described his colleague in an email as “not having any clue about the weather”, and that he “will give the normal doom science about the Great Barrier Reef”.

Dr Ridd said in another email that JCU, along with other universities, were “Orwellian in nature”.

No breach of government propaganda will be tolerated.

It is time for JCU to accept the decision and move on. If not, Education Minister Dan Tehan must intervene and tell JCU to withdraw its appeal because it is an inappropriate expenditure of taxpayer funds and will do irreparable harm to the international reputation of Australia’s higher education sector.