The fake scare of the season — “climate change is impacting chocolate production”.

Chocolate is produced from the beans that grow on cocoa trees. These plants can only grow in a fairly narrow range of conditions, which makes them vulnerable to changes in the environment.

Unfortunately, climate change is threatening some of these key growing regions. According to the IPCC, rising temperatures and a relative reduction in rainfall could make areas like West Africa less suitable for cocoa production in the future. Changes to the climate are also pushing cocoa-growing regions to higher altitudes in some parts of the world, which can make some crops unsustainable.

We can see just how hard cocoa crops have been hit by record heat and 500 billion tons of carbon. 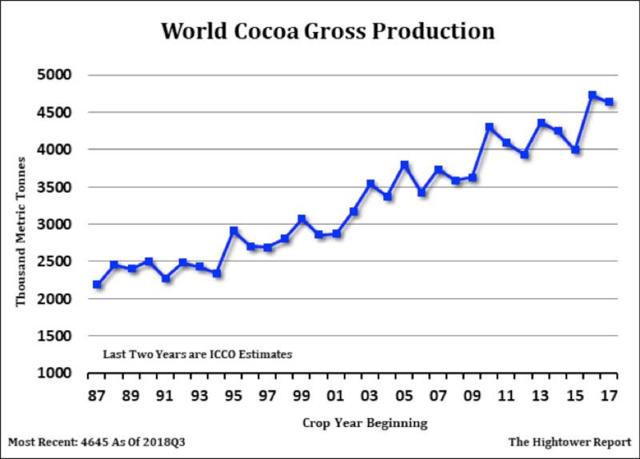 Since 1989 humans have put out more than 50% of all anthropogenic CO2 emissions since homo sapiens went sapien. There is an undeniable trend here.

Happy Easter to everyone.