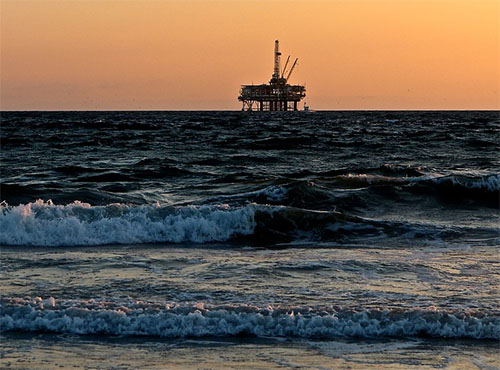 Suddenly, with five minutes warning, Western Australia may be going it alone to meet Paris on behalf of Australia. Not because an elected government decided that, but because of five people chosen by a state Minister. Who is in charge here? The West Australian EPA is a QUAGO (quasi-autonomous-and-governmental organisation) —  paid by the government, but magically “independent” of it. They are annointed saints charged with protecting “the environment” but as far as I can tell, that does not include the dominant fauna nor the entire plant kingdom.

WA has only 10% of Australia’s population but generates more than a third of the national exports. Or it did. Watch this space…

The new regulations will affect planned projects such as Woodside Petroleum’s $US11 billion ($15.6bn) Scarborough gas project and its $US20.5bn Browse development, as well as existing projects such as the $US34bn Wheatstone LNG plant and the $US54bn Gorgon LNG plant.

This will also affect Rio Tinto, BHP and Fortescue Metals as well.

The oil and gas industry is up in arms:

“Not only will this proposal put at risk new jobs, investment and domestic gas supplies, it positions WA at a competitive disadvantage in the global LNG marketplace,” Woodside CEO Peter Coleman said in a statement.

Dare I suggest that the oil and gas industry could’ve been helping to explain to Australia how damaging the Paris agreement and pagan weathercraft is. They partly benefit from the anti-CO2 mantra as it hurts coal, and boosts gas. But when we live in a namecalling fantasy land, this attack on them is utterly logical and was inevitable like the rising sun. There is a certain element of reap what you sow. First they came for the coal industry…

Predictably Their Australian ABC promptly interviewed a green activist Piers Verstegen, Conservation Council. He gets free advertising-time to say an “independent study” (that his team paid for) shows it will create 4,000 jobs out of thin air. If the ABC asked me, I’d point out that international studies (that I didn’t pay for) showed that for every new green job at least two jobs were destroyed, and the only time that didn’t happen was when things were even worse. In Spain two jobs were lost, in the UK it was four, and in Italy — five. At best, if 4,000 green jobs are created then the we hope we only lose 8,000 jobs — it could be so much worse.

Verstegen has some plan to plant trees and manage forests to replace our $171b resources industry. Good luck with that.

Did anyone ask the plants? Not the EPA

Not only will money and jobs be at risk, but it’s hard to see how cutting CO2 helps plants that benefit from it– which is all plants on Earth apart from fungus, holoparasites and the Venus Fly Trap. WA is the driest state on the driest continent (apart from Antarctica on a technicality). WA is the definition of An Arid Region and arid regions of the world are 11% greener, mostly thanks to CO2. What’s the EPA protecting plants from — photosynthesis?

The Paris Agreement is The Problem

Even if it is non-binding, voluntary and pointless it allows every 2-bit judge and tinpot agency to make grandiose grabs for power on behalf of globalists everywhere. Logically, the quickest fix here is to Get Out of Paris.

No doubt about it, Paris is the excuse:

The authority’s chairman Tom Hatton told reporters in WA the move was necessary because Australia was not on track to meet its Paris targets and the current policies of the federal government “are not going to deliver the outcomes as currently applied that are necessary for Australia to meet its international obligations under the Paris agreement”.

Under the guidelines developers proposing projects with direct emissions of more than 100,000 tonnes of carbon dioxide equivalent per annum would be required to demonstrate they have taken all “reasonable and practicable design measures”, including use of renewable energy, to reduce or avoid emissions. –– The Guardian

Someone doth protest too much:

Given that Western Australian emissions of CO2 will change global temperatures by 0.0 degrees C, saving no plants and stopping no droughts, this has got nothing to do with science or economics. If this is not political it’s witchcraft.

Where does the buck really stop?

Who is making the decision that counts? The EPA website tells us it advises the government. But the newspapers are reporting this decision as “announced”. The ABC said the guidelines mean projects producing more than 100,000 tons must  show how they will reduce or avoid emissions. Does that mean that the state government can theoretically ignore it, or does it mean that all resource projects have to get EPA approval, so the EPA are de facto Kingmakers?

In the last election campaign, The McGowan government dumped its own plans to set higher emission targets like a hot potato. Obviously they worried that the public wouldn’t want that. Is this a way to get around the democratic process? McGowan takes the advice and just pretends this is out of his hands? Where is the government for the people, by the….

The EPA, which works independently and makes recommendations to the WA government about whether new developments should be granted environmental approval, said on Thursday it was setting a “higher bar” for how it would assess the impact of major projects on the climate.

If the EPA was funded by Exxon would the Guardian call it “independent”? If it were just an advisory body would it say it was setting a higher bar, or suggesting a higher bar?

On the upside, at least the national imbalance of GST payments will even up. Instead of WA sending money to states that won’t use their own resources, WA will join them on the welfare line. But when every state has their hands out for money, which state will Make Australia Rich Again?