Like Trump, and like Brexit, journalists did not see this coming.  Centre right parties somehow expect to keep winning by adopting centre left policies.  But politics is being transformed by parties brave enough to speak against political correctness. 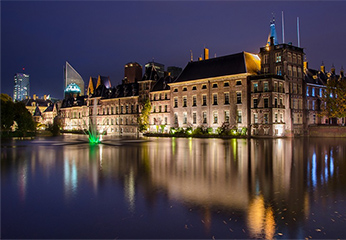 In the Dutch provincial elections the Forum for Democracy (FDV) Party has rocketed to 12 seats from nothing. They only launched in 2016.  The FDV campaigned against “climate change hysteria” and against immigration and for more direct democracy. The Financial Times calls them Eurosceptics.

For centre right parties there are many votes to be gained in being outspokenly skeptical of climate change — Abbott, Trump, Dean, and now “Baudet”.

Thierry Baudet, 36, heads up the FDV. The Dutch PM was and still is Mark Rutte (of the VVD supposedly a centre right party), and he has just lost control of the upper house. There are 75 seats all up, and FDV somehow looks like getting 12, the same number as the ruling VVD Party.

The “centre right” ruling party apparently now has to do deals with the Greens. Which tells us all we need to know about how not-right the centre-right is.

Far-right populist newcomer Forum for Democracy stunned the Dutch political establishment after winning the most votes in provincial elections, according to a preliminary count early Thursday.

In order to achieve a working majority in the Senate, Rutte’s coalition will have to rely on the support of one or more opposition parties.

It’s unlikely that Baudet’s party will work with the government. It rejects, for example, the need for climate change policies, a major issue for the Dutch government. Last week, Baudet suddenly wavered on his long-standing support for the Netherlands leaving the EU.

In a further fragmentation of Dutch politics, the Forum for Democracy (FvD) party of Thierry Baudet, a flamboyant former academic and columnist, is on course to win 12 seats in an upper house containing a record 12 parties, none with more than 12 seats.

Accusing Rutte of ignoring voters, he said the “stupidity and arrogance” of the elites had been punished. FVD campaigned on a platform calling for more direct democracy and less immigration, and against what Baudet refers to as “climate-change hysteria”.

Analysts have said the populists’ improved performance will not easily be translated into increased clout in the upper house, since the other parties have pledged not to work with them.

Edited: Headline was Climate skeptics, anti EU party surges from nowhere to power in Dutch Elections. I took out the words “to power” which are ambiguous. They’ve powered up the ranks and have the equal highest representation in the upper house, but that isn’t “ruling parliamentary power”. And since the other parties will try to strangle them rather than negotiate, it will be a challenge for them to stay relevant and either win outright in the next elections or break the deadlock somehow.