After epic flooding in Townsville, witchdoctors are blaming climate change.

Thus spake the Druid of Runes waving a bunch of multifactor complex processes that have been happening forever, can’t be predicted and only have scary trends if you draw short graphs with no error bars. Verily we see doom, doth payth my grant, or whatever it is that keeps Prof Ian Lowe going. He is allegedly in the  Queensland Climate Advisory Council (QCAC) — an organization so successful its only existence on the internet appears to be a sidebar on page 15 of a government PDF. But whoever they are, they’re experts, trust us, that the media doesn’t need to ask for an alternate opinion.

Wouldn’t you know it though, floods seem to happen quite a lot in Townsville

This is not to say that the current floods are not serious but just that Townsville is a floody kind of place. It’d be climate change if things stopped flooding in Townsville.

In 1998 Townsville airport recorded half a meter of rain in 24 hours. It sounds recent but back then CO2 levels were 360ppm. Other parts of the city reached up to 1.3m of rain during the week. But Far North Queensland (FNQ) has a history of insane bouts of rain. Few places on Earth do rain like FNQ. The legendary Bellenden Ker Top is 250km north — the wettest place in Australia. Once in 1979, it got nearly 4 meters of rain in just eight days. Fully 1.5 metres of water fell out of the sky in one day. So who has a rain gauge five feet tall? One year it recorded 12m of rain. The whole area should be surrounded by pool safety fences to comply with council bylaws. 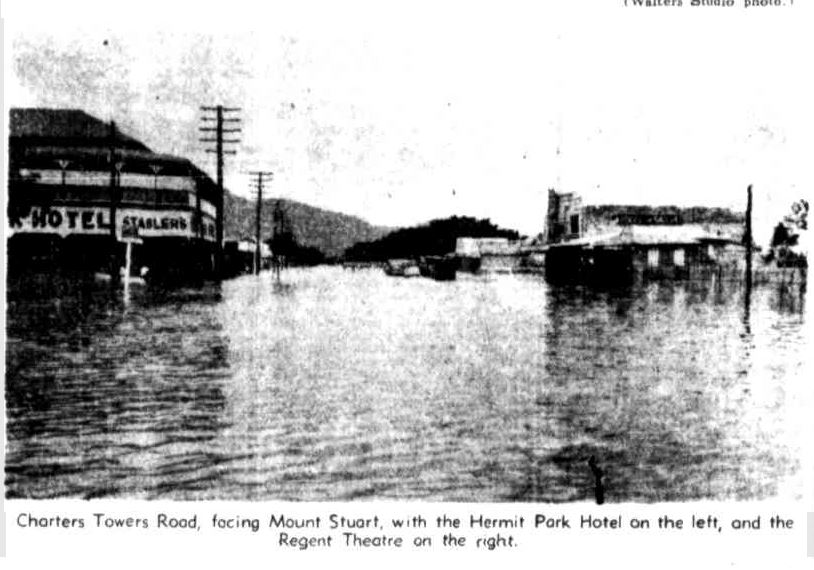 And this was before the 1892 flood when the Townsville Pilot Station recorded 487mm of rain on the 24th of January. 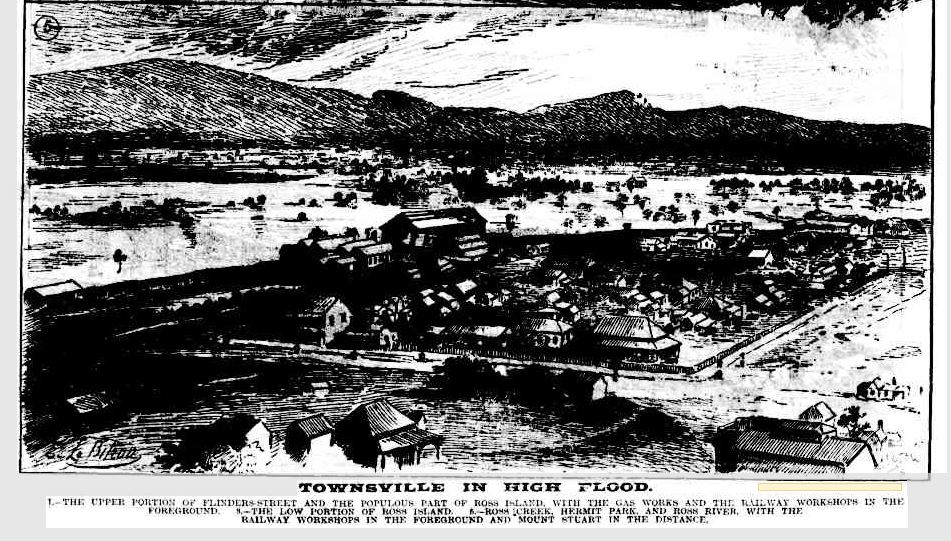 1892: Church wrecked, many small houses washed away, half the population cannot reach the city and business was at a standstill. 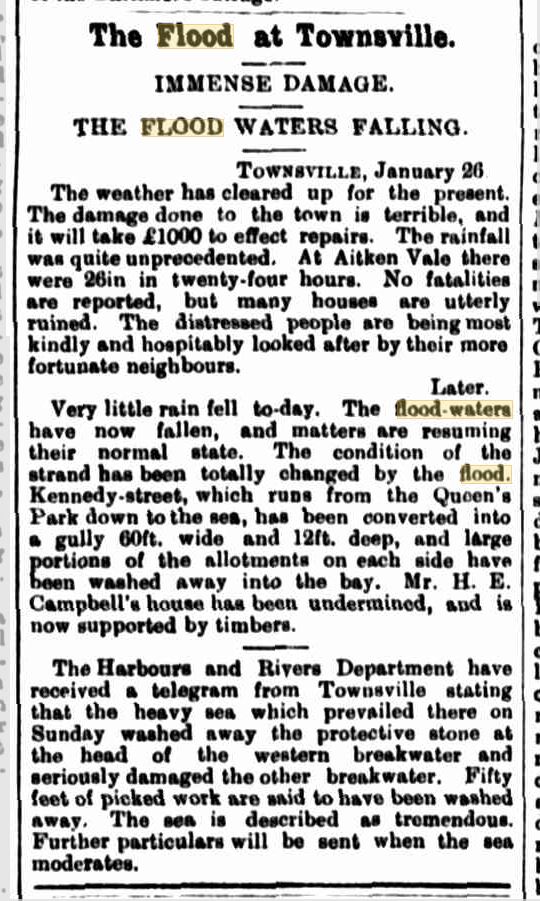 1946: The stench of dead animals along the riverbank is unbearable. 200 people are living in the mail train at Townsville…. 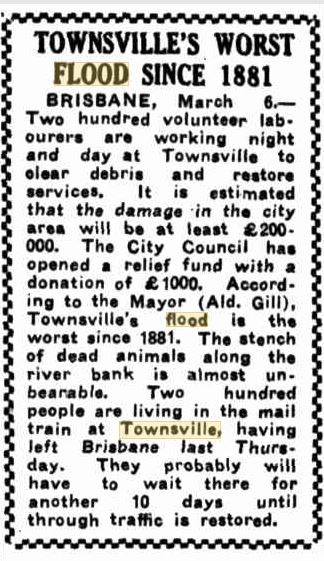 1953: More rain with Lucinda, Tully Cardwell and IUngham recieving around the same kind of rain (600mm in a week). These tallies below are in points. 4 points = 1mm. 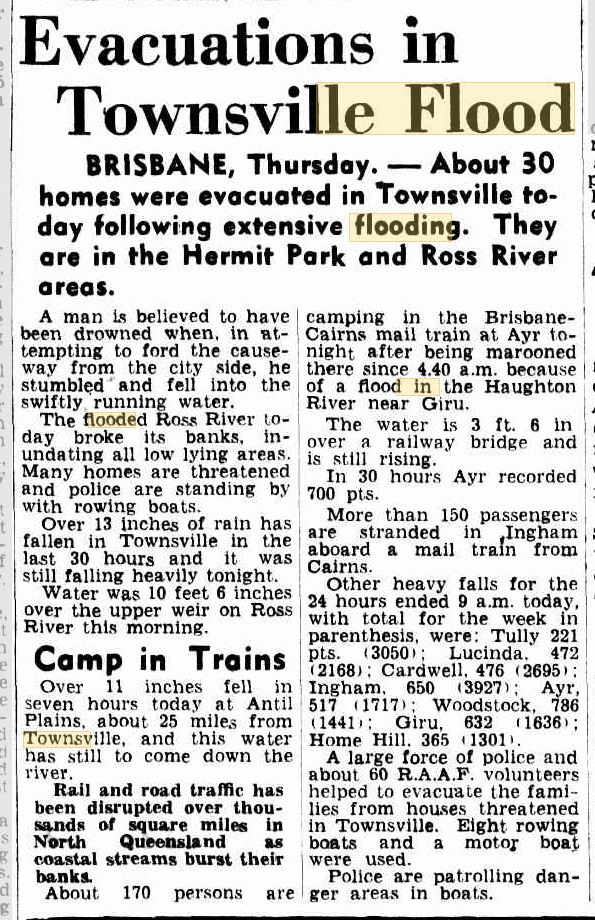 For the record: Professor Lowe is Emeritus Professor of Science, Technology and Society and the former Head of the School of Science at Griffith University.

The BoM keeps a flood history but some of the floods (like 1892) only get a cursory mention. I’m sure it didn’t feel like a one-liner at the time.