Warwick Hughes (h/t Dave Brewer) points out that on Dec 20th the Australian Bureau of Meteorology predicted that the Townsville region had only a 1 in 3 chance of exceeding the average rainfall in January. 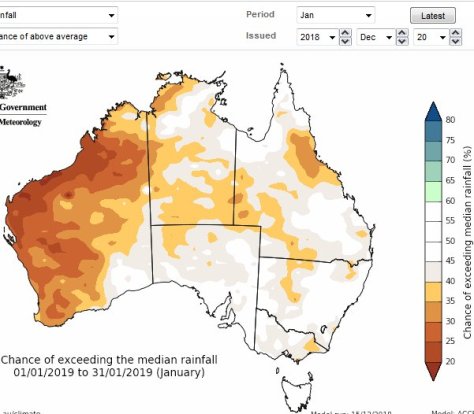 How that turned out one month later: 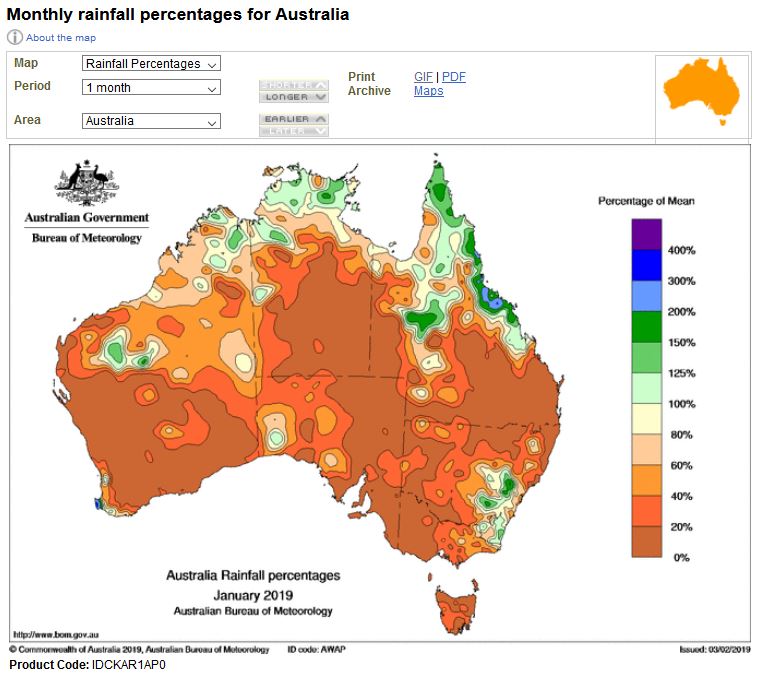 Or graphed as the rainfall anomaly rather than as the percentage of the mean:

Predicting rainfall in Australia is very difficult. The issue is not that the BoM gets it wrong — it’s that they pretend they can do it that matters. Why bother issuing one month forecasts?

Ten days out they were still hopelessly wrong

As Warwick Hughes notes they also predicted on Jan 17th that February in Townsville would only have a 45% chance of exceeding the average rainfall. The downpour started on Jan 27th.

Today, after one whole week in February, the area has already had over four times the normal rainfall for the whole month, but the BoM didn’t see that rain coming ten days in advance.

The fancy-pants detailed graphics are entirely misleading — like advertising that sells an ability the experts simply don’t have. We don’t want genius from our BoM, we just want honesty.