Climate deniers are the delusional lizard-brain unworthy people who can’t see what preschoolers can.  They threaten human survival. So sayth Dr David Shearman, founder of Doctors for the Environment Australia, a place where the scientific method and good manners go to die.

This is an Opinion piece the 3 million dollars a day ABC thought was “useful”.

Dr Shearman from Adelaide has the rare genius ability to diagnose hundreds of thousands of people with a mental disorder without even meeting them. Better than a telepathic MRI machine. Indeed he’s so smart, he can predict the climate, and with 100% certainty, so I say — cancel the satellites, who needs em? Why bother to measure upper tropospheric moisture when you could “just ask Dave”?

I apologize forthwith to the rest of the planet:  all that money you have wasted installing temperature sensors, launching radiosondes and argo buoys. All along, Australia had David Shearman, SuperGod. He’s probably cured cancer. I can’t wait for him to tell us.

Today Dr David Shearman has diagnosed, and publicly, the mental state of Buzz Aldrin, Charles Duke and Harrison Schmitt, 3 of the 4 men alive who have walked on the moon. They are delusional, presumably along with the 28 million weather balloons which keep denying the hot spot. Naughty radiosondes.

Sadly these giants of human achievement have homo sapiens denialista.

Climate change denial is delusion, and the biggest threat to human survival

The belief of climate change deniers is usually unshakable, like that of the flat-earth believers or Holocaust deniers. Many delude themselves that there is a conspiracy.

Climate change delusion is dangerous to humanity, for it overtly or deviously prevents effective reduction of greenhouse emissions by governments in many countries, including the US and Australia, but is an increasing problem with the rise of right-wing governments in Europe and South America, including, Brazil where the new government has a foreign minister devoted to climate denial.

I am concerned to hear that a new Minister in Brazil denies we have a climate, or perhaps is a devotee of a new religion. Shearman is a little ambiguous here, which is disappointing, especially when he is describing unlisted medical conditions for the first time. Unless of course, Shearman is just mouthing off an unresearched rant as a member of a Labor-loving fan club and is waving his “doctor” qualifications while inventing medical slurs to intimidate and shut up opponents. But since the most well-paid editors in the country (at their ABC) published his esteemed opinion as a doctor, clearly we’re meant to read it as a medical thing.

Dr Shearman, Gastroenterologist, has also effectively declared at least 2 Nobel Prize winners in Physics are “the biggest threat to human survival”. So there, Ivar Giaever (Superconductors) and Robert Laughlin (Quantum Hall effect). And into the bin for you Freeman Dyson, Edward Teller, Frederick Seitz, Robert Jastrow (Founding Director of NASA’s Goddard Institute for Space Studies) and William Nierenberg (Manhattan Project Member and Director Emeritus of the Scripps Institution of Oceanography). You are all mentally defective, so sayth the doc of intestines. 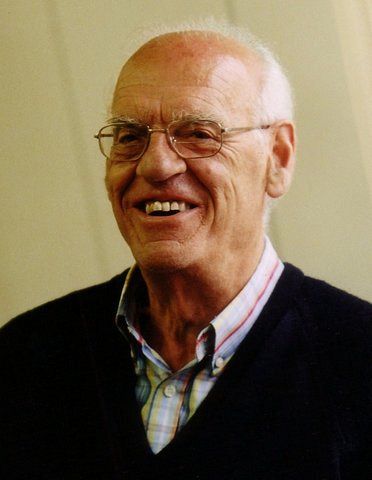 Now Shearman may protest that he didn’t name these people and it is unfair of me to do so, but if he had done ten minutes of research into “well known climate skeptics” he would know exactly who suffers the denialati affliction. Surely he wouldn’t diagnose tens of thousands of people, including half of meteorologists without doing basic high school research? Though we could forgive him perhaps if he only interviewed and psychoanalyzed several hundred sufferers. (Exactly how many did you study Doctor? What’s the confidence interval on your sample or is it hard to divide by zero?)

What if one skeptic is right?

Shearman may protest that he’s only talking about the stupid plebs with engineering degrees (like Dr David Evans, PhD, M.S. (E.E.), M.S. (Stats) [Stanford Uni], B.Eng, M.A., B.Sc., University Medal, [Syd Uni]. But that’s the thing: some skeptics may be delusional, but if any one skeptic is right, then even the deluded ones are closer to the truth than Dr Shearman is. Hence for Shearman to be making a useful well-reasoned point it follows that all skeptics must be wrong including the giants of physics (and two-thirds of geoscientists and engineers).

Put another way, it’s not possible for, say, Professor Richard Lindzen to be right, and 100,000 “delusional” skeptics to still be delusional.

But make no mistake I’m not saying that just because skeptics outnumber, outrank and out-reason climate believers that that means they are right about the climate. (The evidence shows that). But I am saying Shearman is a pompous fool.

Only 43% of certified climate scientists agree with the IPCC “consensus” that man-made CO2 is the main driver of climate change.  But what would they know — they’re only climate scientists. “De-lusion-al too!”

“To the denier, there is no climate change — so coal is clean, coal is good, coal is cheap, it is our duty to export it to the poor of the world to give them electricity.”

Look in a mirror. The only people on Earth who deny climate change are the carbon-phobes who think the Earth’s weather was non-stop perfection around 1703.

He tosses out the usual inflated scary stats:

“The denier’s mind carries this absolution of coal beyond greenhouse emissions, to disregard the air pollution caused by coal. Outdoor air pollution is responsible for 4.2 million deaths a year around the world and many also in Australia.

“In New South Wales, the five coal fired power stations are a health scourge from their pollution which causes 279 premature deaths, 233 babies born with low birth weight (less than 2,500g), and 361 people developing type-2 diabetes every year, who would not otherwise do so. These are preventable deaths and illnesses.

Without mentioning the Lancet study that showed cold kills 20 times as many people as heat does. Indeed, across 13 countries cold killed 5.4 million people between 1985 – 2012. How many people has coal saved in the last 300 years? Countless millions more than it has killed.  What was that antiquated saying “First do no harm?” If only he was a doctor…

“As Mr Trump and many of us have found, one big lie often leads to other lies and evasions to support it for example, in economics.

One big lie by omission eh? Forget to mention the deaths by cold, then you find yourself forgetting to define your terms, check  assumptions, do any research, and next thing you know, you’re haranguing scientific stars with namecalling looney diatribes.

Who’s confused about what “A Fact” is?

Here, he appears to think that economic models based on unverified climate models, wild assumptions, best guesses, and future projections are producing “facts”?

“The Nobel Prize for economics this year was awarded to Professor William Nordhaus for his economic modelling of climate change. One conclusion from his work was that coal would have no added value to industry if the cost of its externalities of health, social and environmental, were accounted for. The Australian Government has to deny these facts to support a continuation of coal power, some denial for an economics-above-all government.

A thousand other economists could create a thousand contradictory “Facts” about the same question, and if you let them start with 3000 model runs from 23 GCM’s you get 69 million versions of A Fact. And based on past performance, all of them will be wrong simultaneously.

Beware of what you wish for:

Unfortunately, the Government tolerates climate deniers, so their constituents must instead vote them out to save lives.

Or the voters might give the biggest climate denier the biggest win in Australia for twenty years, and then storm the US and Ontario as well.

Be aware that the dangerous and deluded are hidden among us. Shearman warns:

Lucky Shearman has the Sacred Wand of Truth so he can spot them.

You might wonder how an Emeritus Professor of Health from the University of Adelaide could say things which are so careless, incompetent, and somewhat resembling of the Salem Science Trials. But he probably learnt his climate science from The ABC, or at least, that’s where he gets his “news” from. He probably has no idea at all of the hundreds of thousands of hard scientists who are the skeptics discussing thousands of peer reviewed papers online. The ABC has let him down twice, first with filtered FakeNews, then by publishing him. That the ABC asked him no hard questions, sought no clarification, definition or data on such a preposterously apocalyptic and specious piece of denigration says everything you need to know about The ABC. Any member of Parliament who doesn’t hope to sell this parasitic incompetent behemoth is not worth electing.

On another ABC page today there is a guide to how to listen well.  Strangely, it doesn’t mention calling people “deniers” anywhere?

Predictably, for a namecalling specialist who denigrates 54% of Australians Dr Shearman has a Member of the Order of Australia. Those awards can hit the pompous psyche especially hard. After winning something like that, even a gastroenterologist might feel compelled to unleash a rant about pop-psychology on atmospheric physics without doing as much as an afternoon’s research.

Last word: If Dr Shearman was stuck on a desert island he says his List of must-have books includes ones by James Lovelock describing him as “a brilliant scientist and thinker, never subject to the cage of academia“.

So, readers, do you want to break the bad news to him about the delusional Lovelock or shall I?

And if you like these kinds of replies, please help me keep doing them.

This blog survives entirely on donations. To those who make it possible, Thank you!