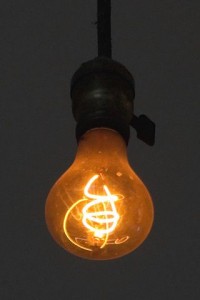 Announcing the advent of the disappeared scientific paper:

Three days later, however, the paper had vanished. And a few days after that, a completely different paper by different authors appeared at exactly the same page of the same volume (NYJM Volume 23, p 1641+) where mine had once been.

What topic is too hot to discuss? In this case, hotter than climate — variability of intelligence. Obviously, it is an irrelevant construct, so irrelevant it must be outlawed. This debate got so ugly, half the board members of the second journal threatened not just to resign but to harass their own journal til “it died”. It’s that bad.

These institutions are sitting ducks — staffed with nice busy people who avoid conflict and who are not equipped to handle the missiles coming. Empiricism and rational debate is being replaced with bullying and censorship. See his plea at the end. To fight back against the bullies, spread the word, buy Ted Hill’s book, or subscribe to Quillette.

Ted Hill is Professor Emeritus of Mathematics at Georgia Tech. He has just published a memoir PUSHING LIMITS: From West Point to Berkeley and Beyond.

In the highly controversial area of human intelligence, the ‘Greater Male Variability Hypothesis’ (GMVH) asserts that there are more idiots and more geniuses among men than among women. Darwin’s research on evolution in the nineteenth century found that, although there are many exceptions for specific traits and species, there is generally more variability in males than in females of the same species throughout the animal kingdom.

Evidence for this hypothesis is fairly robust and has been reported in species ranging from adders and sockeye salmon to wasps and orangutans, as well as humans. Multiple studies have found that boys and men are over-represented at both the high and low ends of the distributions in categories ranging from birth weight and brain structures and 60-meter dash times to reading and mathematics test scores. There are significantly more men than women, for example, among Nobel laureates, music composers, and chess champions—and also among homeless people, suicide victims, and federal prison inmates.

Darwin wondered why males might have evolved to be more variable than females, but could not settle on an answer, so Ted P. Hill took up the search…

My aim was not to prove or disprove that the hypothesis applies to human intelligence or to any other specific traits or species, but simply to discover a logical reason…

I came up with a simple intuitive mathematical argument based on biological and evolutionary principles and enlisted Sergei Tabachnikov, a Professor of Mathematics at Pennsylvania State University, to help me flesh out the model.

He got great feedback, the preprint was published, the paper reviewed, typeset, accepted and scheduled. But at about the same time James Damore was triggering international strife at Google for suggesting that differences in gender variability might explain gender disparities in careers in Silicon Valley.

The accepted article was published as a preprint and then the trouble began: A representative of the Women In Mathematics (WIM) chapter in his department at Penn State warned that “the paper might be damaging to the aspirations of impressionable young women.” She worried that some will see maths being used to “support a very controversial, and potentially sexist, set of ideas…”

Is the maths sexist, or is reality?

For weeks the department at Penn State was embroiled in debate and private lectures:

… the Department Head had explained that sometimes values such as academic freedom and free speech come into conflict with other values to which Penn State was committed. A female colleague had then instructed Sergei that he needed to admit and fight bias, adding that the belief that “women have a lesser chance to succeed in mathematics at the very top end is bias.” Sergei said he had spent “endless hours” talking to people who explained that the paper was “bad and harmful”…

Ted Hill wrote to the organisers at Penn State (Women in Maths) offering to go there, discuss their concerns, and even edit the paper if necessary. They didn’t reply. Instead the NSF (National Science Foundation) suddenly asked to be removed from the papers acknowledgements as a source of funding, which was unheard of. (Turns out the Women in Maths crew had been lobbying the NSF). Worse, the journals editor rescinded the offer to publish. Suddenly the accepted paper was unaccepted. Not because of scientific errors but because the bullies won:

“Several colleagues,” she wrote, had warned her that publication would provoke “extremely strong reactions” and there existed a “very real possibility that the right-wing media may pick this up and hype it internationally.””

Amie Wilkinson, a senior professor of mathematics at the University of Chicago had become involved. Read the original longer version to find out how she used relatives, facebook, and social media in order to stop this paper being published and then punish the journal and authors.

At this point it was too much for his co-author Sergi who was facing departmental action, fury of collegues, the diversity committee as well as putting out the NSF. He asked for his name to be removed even though he’d done the simulations.

Fortunately for me, I am now retired and rather less easily intimidated—one of the benefits of being a Vietnam combat veteran and former U.S. Army Ranger, I guess. So, I continued to revise the paper, and finally posted it on the online mathematics archives.

The paper was quickly picked up and then published by the New York Journal of Mathematics on November 6th last year, but not for long:

Three days later, however, the paper had vanished. And a few days after that, a completely different paper by different authors appeared at exactly the same page of the same volume (NYJM Volume 23, p 1641+) where mine had once been.

The paper should be deleted said the political activist because it was “political” and the editor was a horrible man too:

As it turned out, Amie Wilkinson is married to Benson Farb, a member of the NYJM editorial board. Upon discovering that the journal had published my paper, Professor Farb had written a furious email to Steinberger [the Editor in Chief] demanding that it be deleted at once. “Rivin,” [the editor who published it] he complained, “is well-known as a person with extremist views who likes to pick fights with people via inflammatory statements.” Farb’s “father-in law…a famous statistician,” he went on, had “already poked many holes in the ridiculous paper.” My paper was “politically charged” and “pseudoscience” and “a piece of crap” and, by encouraging the NYJM to accept it, Rivin had “violat[ed] a scientific duty for purely political ends.”

Half the board of the NYJM had threatened to resign and “harrass” the journal “until it died” unless the article was deleted. So the editor in chief had capitulated lest the journal he founded 25 years before ceased to exist.

Professor Wilkinson, having “won” the day, is apparently continuing to tar and blacken the names of all people and journals involved. It’s a warning to other journals to toe the line.

Sitting ducks — How can a journal survive that?

It will end up that only retired scientists can freely speak on contentious topics, and where will they publish? Small institutions are soft targets unless they are extremely well funded. To thwart the bullies the board would need to be vetted, trained and prepared to deal with the escalation (and who needs it?) It would help if they had lucrative positions or rewards that were worth defending. But our current system relies more on a code of honour. Only an implacable belief in the importance of science, plus serious training, and funding would carry a team through.

The last word from Ted Hill — Who will be next?

… I understand the importance of the causes that equal opportunity activists and progressive academics are ostensibly championing. But pursuit of greater fairness and equality cannot be allowed to interfere with dispassionate academic study. No matter how unwelcome the implications of a logical argument may be, it must be allowed to stand or fall on its merits not its desirability or political utility. First Harvard, then Google, and now the editors-in-chief of two esteemed scientific journals, the National Science Foundation, and the international publisher Springer have all surrendered to demands from the radical academic Left to suppress a controversial idea. Who will be the next, and for what perceived transgression? If bullying and censorship are now to be re-described as ‘advocacy’ and ‘academic freedom,’ as the Chicago administrators would have it, they will simply replace empiricism and rational discourse as the academic instruments of choice.