Old coal plants don’t have to die, they just need to be fixed 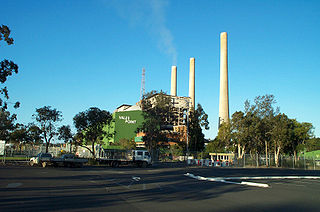 On the other hand, we could follow South Australia and spend $650m and get a 150MW solar plant that only works half the time.*

When is an old coal plant on death’s door a better bet than the worlds largest solar plant? — Every hour of every day. Plus you get free fertilizer.

The Vales Point power station near Lake Macquarie, which supplies about 4 per cent of power for the national grid, could receive a $750m injection to ensure it runs until 2049, making it the nation’s last standing coal station, with the country’s other facilities due to be shuttered over the next 30 years.

The closure of Hazelwood improved profits for every surviving generator in the NEM (National Electricity Market).

Vales Point had a bumper 2018 financial year, according to documents lodged with the corporate regulator and obtained by The Australian, with the asset making a strong $113m net profit from $505m revenue, compared with a $35m net loss from $382m revenue last year.

The bumper profit comes less than three years after the rich-list duo paid the NSW government only $1m for the ageing asset on Lake Macquarie on the state’s central coast, which after a revaluation is now worth $555m. Sunset Power’s balance sheet is carrying $339m in net ­assets, including $36m in cash.

At the time of the sale, then NSW treasurer Gladys Berejiklian said the $1m price was “above its retention value”.

[SMH, Oct 2017 ] Ms Berejiklian at the time said the sale would save the state from ongoing losses and liabilities associated with the plant’s scheduled shut down in 2021. Ahead of the sale the state wrote down its value by more than $370 million.

Sunset has also generated electricity sales 40 per cent higher than those achieved during its final year under state operation, going from $270 million in sales under the NSW government to $380 million under Sunset Power International.

The Vale point owners insist they are not gouging prices to turn this neat profit. In the NEM all successful bidders are paid the price of the highest successful bid. The NEM wholesale prices have doubled in Australia since 2015.

*I’m being generous. While solar “works” half the time, solar thermal only generates about 25% (at best) of it’s nameplate capacity. So the 150MW solar plant is more like a 40MW plant.