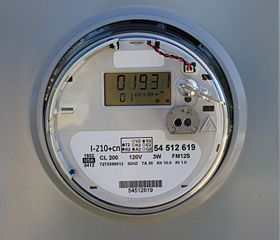 No one needed a smart meter when we had smart baseload.  Beware Australians, despite the promises and threats, smart meters may or may not make UK customers a paltry saving. When all is said and done it’s not even clear the benefits outweigh the costs.

People who have smart meters installed are expected to save an average of £11 annually on their energy bills, much less than originally hoped. A report from a parliamentary group now predicts a dual fuel saving of £26.

Customers have financed the smart meter programme by paying a levy on their energy bills, while suppliers have frequently blamed the levy for rising costs. However, the report claimed most of the eventual savings would be made by energy firms, rather than consumers.

It is an £11 billion programme. Correct me if I’m wrong, but it appears the country would be richer if the government just gave back £170 to each person instead.

The report also said that:

Remind me why the UK needs them?

Another hidden cost of wind and EV’s.

Note the advertising spiel — every dumb program has the word “smart” in the title.