There is a lesson for politicians all over the world. 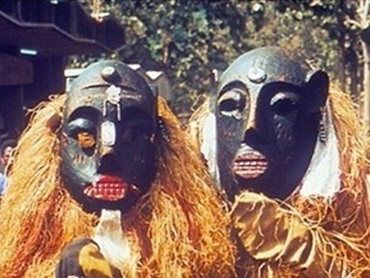 In Australia the Labor party is 100% Gung Ho about controlling the global weather with our power supply. Despite that Dead-Weight handicap, slightly more Australians think that the Labor party will be better at managing electricity prices than the Liberal government*.

A Newspoll conducted for The Australian revealed that only 37 per cent believed the Coalition and Mr Turnbull would be better at maintaining energy supply and keeping power prices lower, compared with 39 per cent who backed Labor to deliver the ­reform. Almost a quarter of voters were undecided.

…the voters who wanted to Axe The Tax are still out there, and their electricity bills are even higher.

It’s not as insanely crazy as it sounds. By trying to half-way appease both sides both sides of politics Turnbull pleases no one. He’s crushed the issue as a vote winner for conservatives, which is not all that surprising since he’s not all that conservative. His gut instincts are screwed.

Labor are offering themselves as chief-witchdoctors. This is a gold plated gift to conservatives. But the government is saying that they will be witchdoctors too, just the slow-doctor kind. Thus they are completely knobbled as Witchdoctor-Exorcists. They can’t mock the feathers and masks because they wear them themselves. Conservative pollies could have a field day with the narcissistic delusion of using windmills to hold back the tide, instead they are reduced to saying “Trust Us” — electricity has gotten obscenely expensive on our watch, but it will be worse if you put Labor in charge.

The findings come despite modelling showing that the ­opposition’s renewable energy and climate change target policies would add up to $300 a year to annual power bills.

Instead of “neutralizing” the climate issue, Turnbull gave the issue to the Labor Party

Tony Abbott won a ninety seat landslide on the Blood Oath to Axe the Tax. Compare that to the King of the Hollow Men, Turnbull, who offered a Labor Lite version to Australia and won by almost nothing. He used stealth and deception to sneak in an Emissions Trading Scheme, hiding it because he knew Australians would not want it, and now he wants to sell us, of all things, a National Energy Guarantee, as if we should believe him?

No wonder voters are confused

The Labor plan is worse than the Liberal plan  — but the Liberals can’t explain why. They can hardly say that renewables are shockingly expensive, and disruptive and “we’ll install less of these horrible things than Labor will”.

What can they say? — That Labor’s plan to change the planetary climate is burko, but we have one too. Vote for me and go slow-burko!

Standing in no mans land on the climate is not “compromise” or “statesmanship”. It’s not a negotiated middle position. It’s just cowardly nothingness. Either man-made emissions matter or they don’t. If they do matter, do something, go nuclear. If they don’t matter, laugh and axe the tax, and then count up all the seats you are about to win… the voters who wanted to Axe The Tax are still out there, and their electricity bills are even higher.

If Australians are confused in that poll about why electricity is expensive the Liberals have themselves to blame.

From the frying-pan into the fire,
As with Labor the prices go higher,
Due to climate witchcraft,
But with Liberals as daft,
It makes their kilowatt cost nigh as dire.