Compare the outrage: Germany abandons carbon target, but stays in Paris agreement. US  abandons Paris, but makes actual “carbon” cuts. One of these nations is a global pariah.

And this is a problem, how?

Instead, they would aim to hit the 40 percent target in the early 2020s, the sources said, adding that both parties are still sticking to their goal of achieving a 55 percent cut in emissions by 2030.

Which is more important, paper promises you don’t keep, or lower outputs of “planet destroying gas”? Nevermind about CO2. 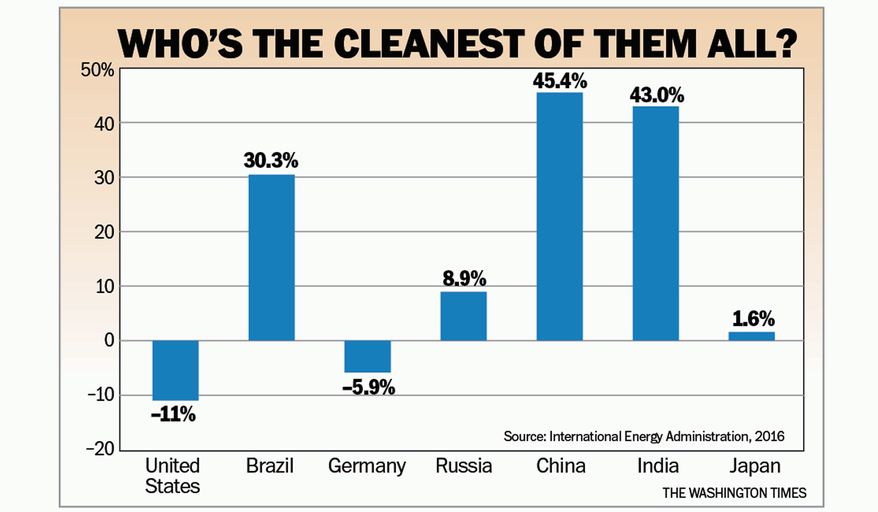 US Outshines other countries in CO2 emission reduction.

In other unrelated news: Wind energy is taking over the world, highly competitve and in Germany — collapsing.

The German wind market is “threatening to implode”:

In the past year alone, more than 2,000 employees in this sector have lost their jobs. Locations like Carbon Rotec in Lemwerder or Powerblades in Bremerhaven have been closed. The Hamburg wind turbine manufacturer Senvion had to go 660 full-time employees. Nordex , the second large wind power company based in the Hanseatic city, wants to cut up to 500 jobs due to eroding profits. And Enercon, the German market leader with more than 20,000 employees worldwide, recently announced “unpopular measures” to cut costs.

Read the article. Try to explain the problem in 25 words or less. As far as I can tell, for some reason, the German government cannot design enough loopholes to allow this revolutionary, cheap, technology to make a decent profit.