To calm a few panicking people, the Australian Government will pay for large fans to circulate water on a minuscule portion of the 2,300 kilometer long Great Barrier Reef. The reef creatures, which have been coping with higher temperatures and bleaching for two hundred million years, will hopefully avoid the moving parts. Marine life adapts to heatwaves by chucking out the symbionts that don’t thrive in higher temperatures and replacing them up new inhabitants that do. If the fans achieve anything, it may stop this natural process (called Symbiont Shuffling) thus possibly making small sections of the reef more vulnerable to future heatwaves and El Ninos. Who knows? 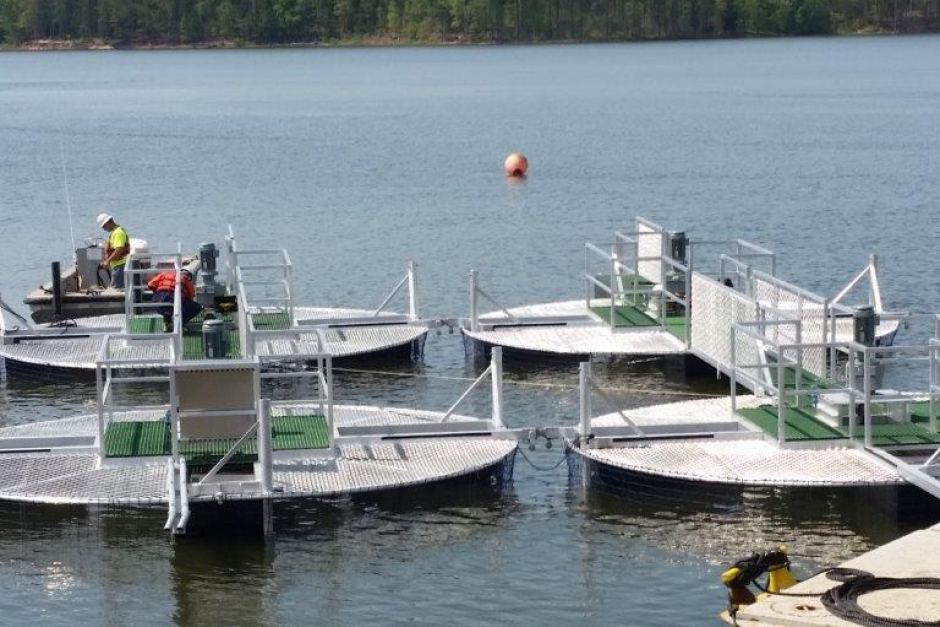 Fans like this are used in the United States to circulate water.

Mark this one up as a pagan symbolic idol that symbolizes our grandiose delusions of weather-control.

Eight huge reef mixer fans are planned for the Great Barrier Reef in far north Queensland, in a trial project that hopes to reduce the damage caused by coral bleaching events.

The Federal Government has announced it will contribute $2.2 million to the three-year pilot project, which will result in solar-powered rotators being placed at Moore Reef off the coast of Cairns.

The slow-moving ReefMix fans mounted on floating pontoons create water currents by gradually drawing cooler water from up to 30 metres below to the surface.

Anthropologists of the future can study this as a primitive turn of the century fantasy. Some old folks are missing out on air conditioning and heating because they can’t afford it, but a few lucky zooxantheallae will be spared from their natural fate.

The field trial is designed to protect a 1 square kilometre patch of reef from the worst effects of bleaching.

“This intervention will never save the whole of the Great Barrier Reef, but it will be important for some of our particularly valuable tourist sites, which of course are 64,000 jobs,” Ms Morris said.

The turbines are planned to be constructed in Cairns and installed in February, and are being jointly funded by the Federal Government and the tourism industry.

Hands up any business in tourism that would have spent the money differently?

At least this isn’t as stupid as the plan to protect the reef with giant shade cloths. h/t Martin Clarke

PS: Can any readers find links to the US versions?

Past stories of corals surviving, recovering and generally coping with extremes: