Oh. My. Lord. Keep the car in the garage. 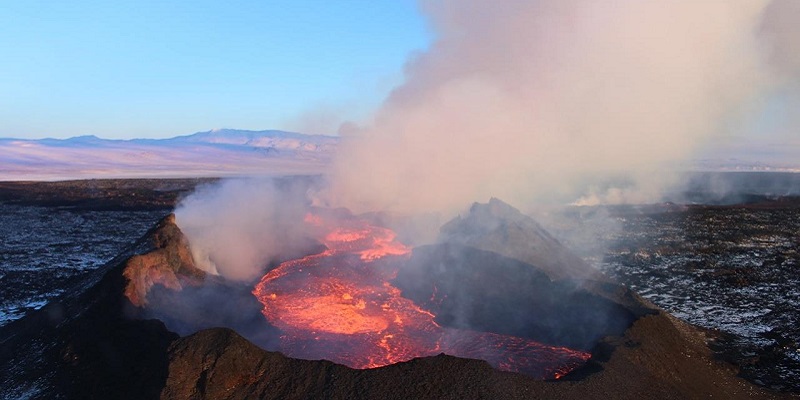 Dr Graeme Swindles, from the School of Geography at Leeds, said: “Climate change caused by humans is creating rapid ice melt in volcanically active regions. In Iceland, this has put us on a path to more frequent volcanic eruptions.”

The study examined Icelandic volcanic ash preserved in peat deposits and lake sediments and identified a period of significantly reduced volcanic activity between 5,500 and 4,500 years ago. This period came after a major decrease in global temperature, which caused glacier growth in Iceland.

The findings, published today in the journal Geology, found there was a time lag of roughly 600 years between the climate event and a noticeable decrease in the number of volcanic eruptions. The study suggests that perhaps a similar time lag can be expected following the more recent shift to warmer temperatures.

Read more at University of Leeds

It’s amazing what you can achieve when you take a simple correlation and run with it.

Look out, we may set off a deadly volcano spiral feedback: cars leading to more volcanoes, which put out more CO2, causing more warming, which causes more volcanoes.

For the past couple of months the crater lake temperature has also held steady at about 37°C , which is at the upper end of its scale.

“The CO2 emission rate on 23 November was 2290 tonnes/day, one of the largest values recorded in recent years.

Can someone figure out how many cars will have to stay off the road in NZ today to make up for the volcano?

This one volcano is undoing quite a few years of vehicle efficiency gains, and it’s not even very active.

Douglas links to a cartoon take: “Let’s tax that Volcano”.