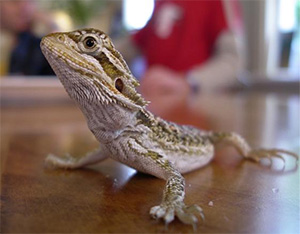 Ominously, cute Australian Bearded Dragons (Pogona vitticeps) may grow up to be more stupid if their eggs are incubated in a hotter world.

Bearded Dragons Are Dumber Because of Climate Change

This has all kinds of implications.

Obviously, it follows that Victorian Bearded Dragons must be smarter than their Queensland cousins. I can see future papers coming on the IQ gradient of dragons down the East Coast of Australia.

Secondly, with this handy simple relationship between IQ and temperature we can infer the entire intellectual history of Bearded Dragons as the climate fluctuated: including the Peak Holocene Dolt Era and the Glacial Genius Maximum.

“The only weak part of the study is the small sample size,” he said—a limitation noted by cognitive neuroscientist Josh Amiel as well.

The only weak part?

These test animals are not in the wild, where mothers choose their nesting sites, real predators test their cognition, and real evolution has kept them going for years. 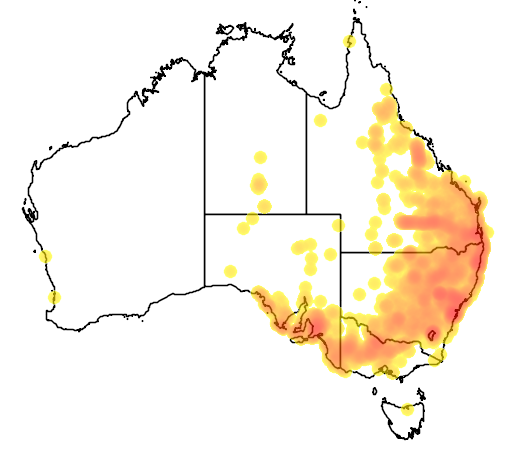 Bearded Dragons live up and down the East Coast of Australia.

Reptiles were already facing steep odds from climate change—it’s estimated that one-fifth of all lizard species could be extinct by 2080. Mental dimming could further stack the deck.

The real problem today is that legally Dragons are not permitted to move territory, dig deeper nests, find shadier trees, or selectively promote their smarter offspring without losing welfare benefits.

UPDATE: Poor Bearded Dragons are even being forced to change their gender thanks to your air conditioner. (Not that there’s anything wrong with that).

Dragons that are genetically male hatch as females and give birth to other lizards.

And the way the lizards’ gender is determined is getting changed so much that the female sex chromosome may eventually disappear entirely, the study authors say.

To be serious for a sec: presumably having both sex chromosomes (which boys do in the lizard world) increases their genetic fitness (two copies of all the genes). Girls are born with one W and one Z chromosome, so like human males (XY) they would have a larger bell curve across factors encoded on the sex chromosomes, with more risks if the one and only copy they have of a gene is not a good one. So it makes sense that under stress more breeding is done from the safer boys-turned-to-girls option. Presumably during normal times the lonely W chromosome confers an advantage to offspring and recovers its role. Also presumably, this has been going on for millions of years.

Alarmists are getting so weird,
With strange climate woes to be feared,
That some dragons become,
Due to warming, more dumb,
Especially the ones with a beard.

UPDATE: Delingpole mocks this too. “

No really, this is not a joke. Obviously you’re praying that it is because the last thing any of us would want – dear God, anything but that….”