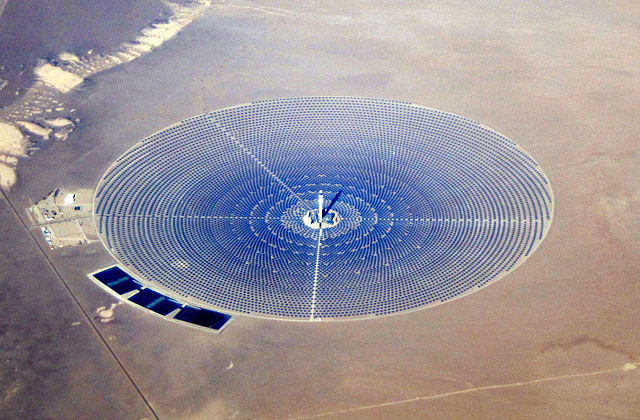 A company called SolarReserve is planning to build the new Aurora 150MW solar thermal plant at Port Augusta, which is apparently a copy of their Crescent Dunes plant in the US. But that project has been offline for most of the time since last October. The whole SA government is meant to be running 24/7 off “solar power”, which allegedly only has about 8 hours of energy stored up (as heat in the molten salt block). So an 8 month break will be a bit of problem for the SA government (except of course, we all know that the real baseload backup here at 4 or 5am everyday, and most of the day in winter, is ultimately the very fossilized gas and coal.) Since the project only began working in Sept 2015 it managed to operate for all of one year and one month before it went offline for 8 months due to a leak. The SA State Energy Minister is not concerned saying it was a construction issue and SolarReserve “have learnt from that”.

The 150MW myth: most of the time it will be less, a lot less

Here’s an ominous number: Crescent Dunes has worked at an average capacity factor of only 16%. That would mean an average generation of just 24MW of power from the 150MW plant. Theoretically, they are aiming for a capacity factor of 51.9%. (Yes, according to Wikipedia, it is not 51.8%, or 52%, but 51.9%. Very specific spin then?) — Thanks to Graeme No 3 and AndrewWA in comments for their help. And from TonyfromOz who says: “Everything about this SouthAus plant is the hyped to the max best case scenario that NO plant on Planet Earth has achieved yet…”

Should they close their Solar-Parliament each winter?

The South Australian government might want to switch their summer holidays to winter, because Crescent Dunes production in summer was three times as high as their best winter month. (30GWh in Sept 2016 compared to 9GWh in February 2016). SA may well be better off if Parliament has to shut down for winter, but how do you run hospitals and schools on one-third of the power?

State Energy Minister Tom Koutsantonis is not a man you want negotiating your deals:

“This deal is an incredible outcome for South Australians. It locks in low-cost power for our schools, hospitals and trams while also boosting supply to the broader market in order to reduce power bills for households and businesses.”

In pure NewsSpeak — a $70-plus-per-MWhr-deal is “low cost” now compared to what — the shockingly high prices of the National Electricity Market which have just doubled? For most of the last 15 years the average wholesale price of electricity in SA was around $30/MWhr (See fig 1).

This genius deal is so good, Premier Jay Weatherill is going to waste $2.6 million to sell it to South Australians.

Premier Jay Weatherill has defended allocating $2.6 million to an advertising budget to spruik the plan.

He argued the advertising was necessary to “ensure” investors understood that SA has “a secure energy future” and to protect the state’s reputation against people “seeking to essentially characterise South Australia as having an insecure and unstable energy system”.

Given the likely capacity factor, and the governments use, how many megawatts exactly will be left to spare?

Jay Weatherill has promised a $50 cut to the average household power bill when a $650 million solar thermal power plant is running, even as experts warn that the technology is in its infancy and largely untested anywhere.

The South Australian Premier yesterday visited the proposed site of the world’s largest solar thermal project, 30km north of Port Augusta, hailing the new 150-megawatt plant as a “game-changer … (that) signals the death knell for coal-fired power stations in this nation”.

Being anti-coal is a religious badge of honor. Here’s a line history will not be kind to:

“There’s going to be no more coal-fired generation,” he said. “Coal is dead”

The solar thermal plant, to be built by US company Solar­Reserve in the state’s mid-north, was “by far the lowest-cost option of the shortlisted bids”, he said.

“The government will pay no more than $78MWh for our power. By way of comparison, you can’t build a coal-fired power station for less than $100MWh,” Mr Weatherill said, hailing the technology as “the future for the world”.

Weatherill knows coal is more expensive even though he didn’t consider it. All the other world leaders building 1600 coal plants in 62 countries must be kicking themselves.

Possibly people can come watch birds fry in the sky: 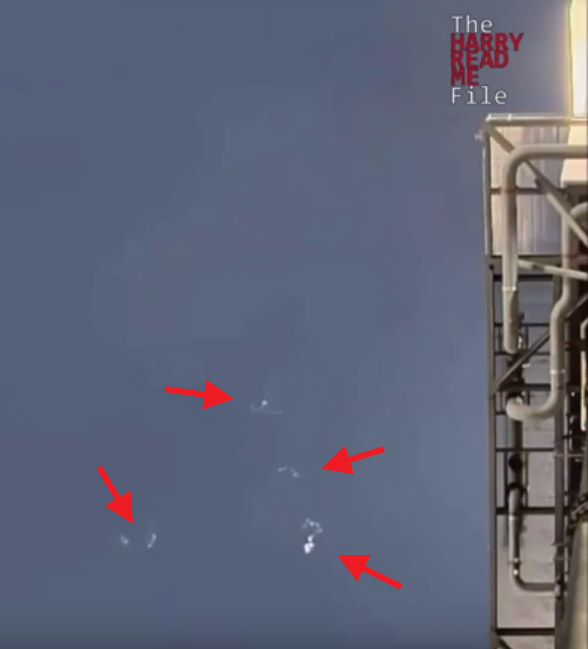 Birds combust in mid-air at Ivanpah, Solar Thermal Plant, USA.  |  (Click to watch the video – how much fun can you have?).

Not the largest solar thermal project

Being the biggest in a new immature and rarely used field is not that exciting, but Aurora is not the biggest bar perhaps in a minor technical sense. Everything about this is hyped — spot the weasel words “of its kind”:

The planned 150MW South Australian solar thermal plant will be the largest of its kind in the world, using 12,000 mirrors to direct heat at a 227m tower.

There are at least seven larger solar thermal plants — including the infamous Ivanpah which is more than double the size at 392MW.  Possibly Aurora has the largest solar thermal tower at 227m, as the tower at Crescent Dunes is about 200m. How exciting is that?

As commenter Graeme No.3 tipped — Crescent Dunes cost $1b, only has 110MW, so the new plant is supposed to be bigger, cheaper, more reliable:

There is something seriously amiss with this announcement. Firstly Crescent Dunes at 110MW cost $A1.35 billion and had the cheapest selling price of any solar heat plant in the world at $A178 per MWh.
Now we are told a bigger plant will cost half that, and sell electricity at 40-43% of that “breakthrough price”.

Also the ABC claims it will deliver 495GWh annually, this would require operating at 100% of capacity for 10.4 hours a day for the whole year. That is assuming that the sun isn’t blocked by herds of flying pigs.

Lastly the construction will start next year (after the election?) and will last 2 years. Crescent Dunes took 5 years.