Apparently human emissions of CO2 have stopped growing in the last few years, but atmospheric levels of CO2 are rising anyway. 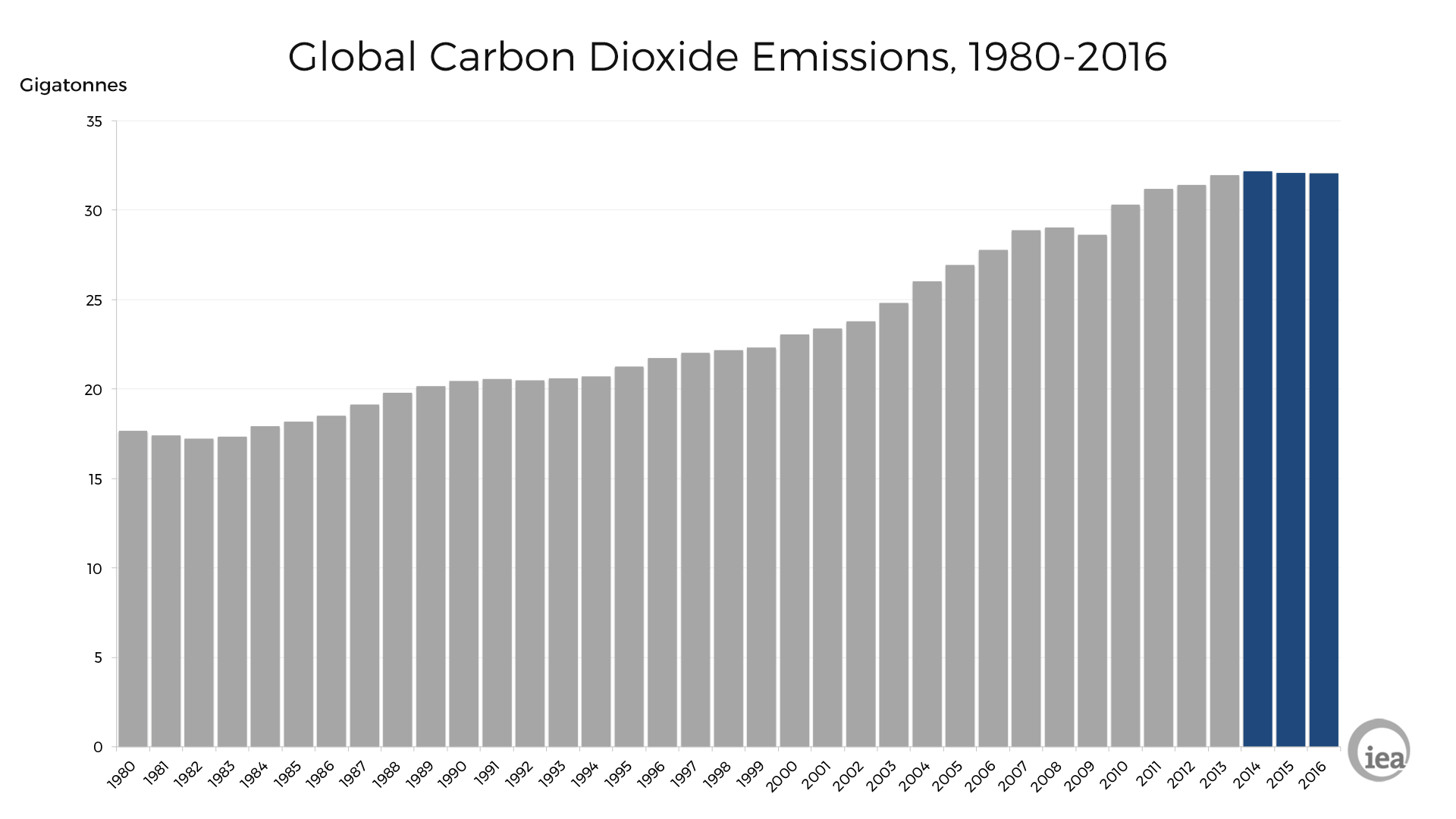 Pop-Quiz — The correct conclusion from this is:

1/ Human emissions are irrelevant — global CO2 is controlled by ocean currents, phytoplankton, other stuff. Efforts to control global CO2 through windmills and electric cars are a complete waste of money.
2/ Natural sinks have suddenly filled up, the ocean is full, and we are near a tipping point.  Panic. Give us your money.
3/ Pretend not to notice, instead, rejoice that Global GDP is still increasing which means that for the first time in 100,000 years, humans have disconnected economic development from burning carbon based stuff. This is proof finally, in your faith that renewables will not cripple economies. (See Scientific American.)
4/ Declare that global emissions are still rising rapidly anyway. (Here is the same award-winning Peter Boyer not researching his claims in 2016. When will he start?)

Carbon in Atmosphere Is Rising, Even as Emissions Stabilize

Justin Gillis, NY Times.
… a bank of sophisticated machines sniffs that air day and night, revealing telltale indicators of the way human activity is altering the planet on a major scale.

For more than two years, the monitoring station here, along with its counterparts across the world, has been flashing a warning: The excess carbon dioxide scorching the planet rose at the highest rate on record in 2015 and 2016. A slightly slower but still unusual rate of increase has continued into 2017.

Scientists are concerned about the cause of the rapid rises because, in one of the most hopeful signs since the global climate crisis became widely understood in the 1980s, the amount of carbon dioxide that people are pumping into the air seems to have stabilized in recent years, at least judging from the data that countries compile on their own emissions.

That raises a conundrum: If the amount of the gas that people are putting out has stopped rising, how can the amount that stays in the air be going up faster than ever? Does it mean the natural sponges that have been absorbing carbon dioxide are now changing?

“To me, it’s a warning,” said Josep G. Canadell, an Australian climate scientist who runs the Global Carbon Project, a collaboration among several countries to monitor emissions trends.

Scientists have spent decades measuring what was happening to all of the carbon dioxide that was produced when people burned coal, oil and natural gas. They established that less than half of the gas was remaining in the atmosphere and warming the planet. The rest was being absorbed by the ocean and the land surface, in roughly equal amounts.

In essence, these natural sponges were doing humanity a huge service by disposing of much of its gaseous waste. But as emissions have risen higher and higher, it has been unclear how much longer the natural sponges will be able to keep up.

For those looking for an economic growth and GDP link:

Global Carbon Emissions have leveled off in the last few years. | Source.

It depends on how you draw the graph. Here’s the new IEA version (looks like a pretty strong link to me, could it really have “diverged”?): 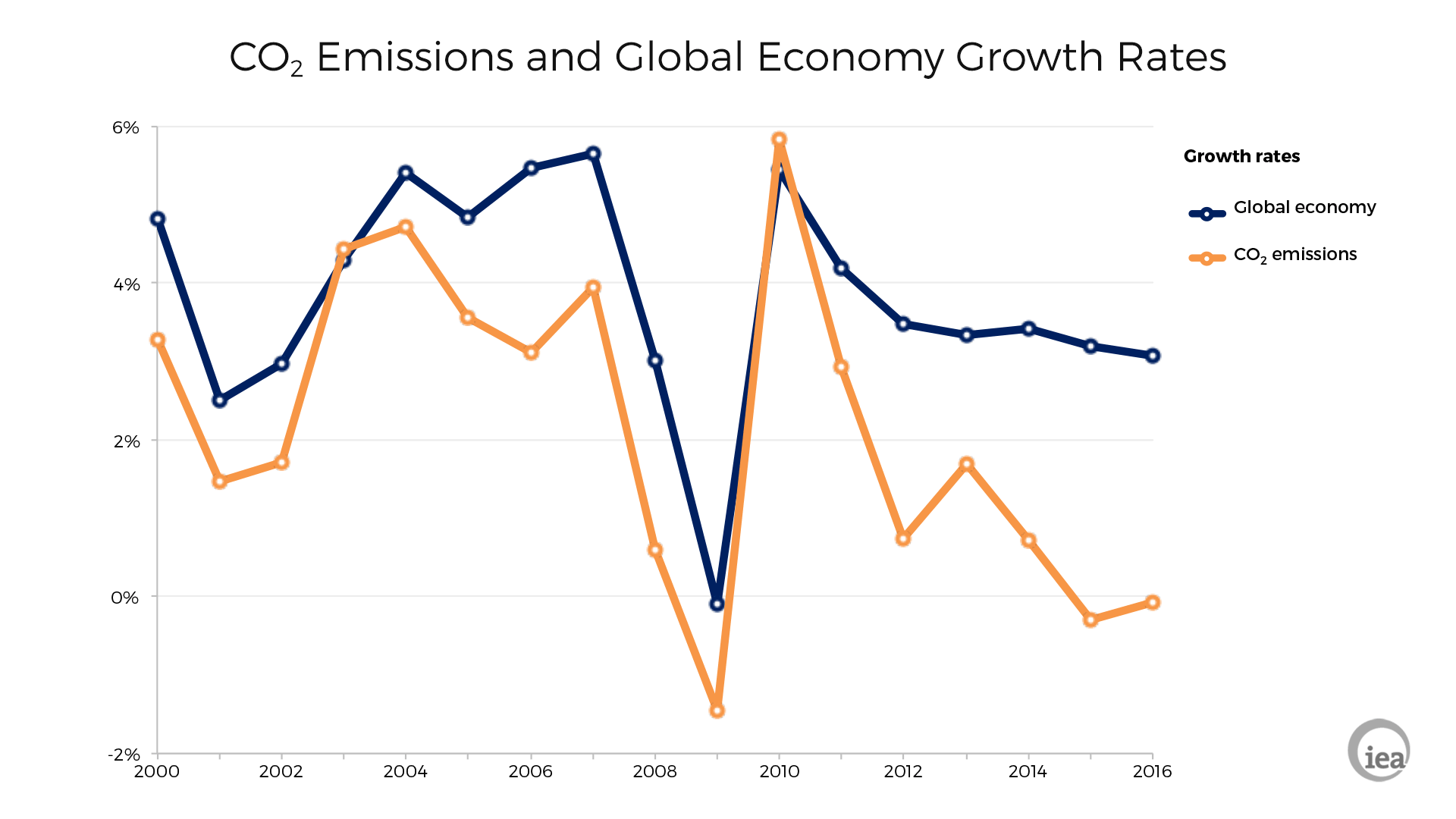 2/ Our emissions records are more dodgy than ever. China and India are just pouring it out and no one trusts their statistics, or fudgy numbers on land-use hide the growth.

3/ Our method of counting global GDP is wrong, corrupted, or flawed, and overestimates economic growth, or economic growth is more dependent on money manufacturing or hidden inflation.