So having some solar waste panels lying around is not exactly like having a second-hand nuclear fuel rod in the basement, but there will be Gigatons-to-Go, the volume is spectacular, and we can’t eat cadmium for breakfast. There will literally be a mountain of toxic garbage — and only Europe, apparently, has a rule about solar manufacturers having to collect and figure out what to do with the solar waste. (And with a 25 year lifespan, how much, exactly, is even that worth? Just say “Solyndra“.)

A new study from a group called Environmental Progress shows that solar panels make 300 times more volume of toxic waste per megajoule as nukes do. All estimates like these are based on assumptions and guesses, so perhaps it’s not that bad. The study might be exaggerated, and maybe solar panels are only 100 times larger in volume than nukes eh? Where’s the Green outcry. 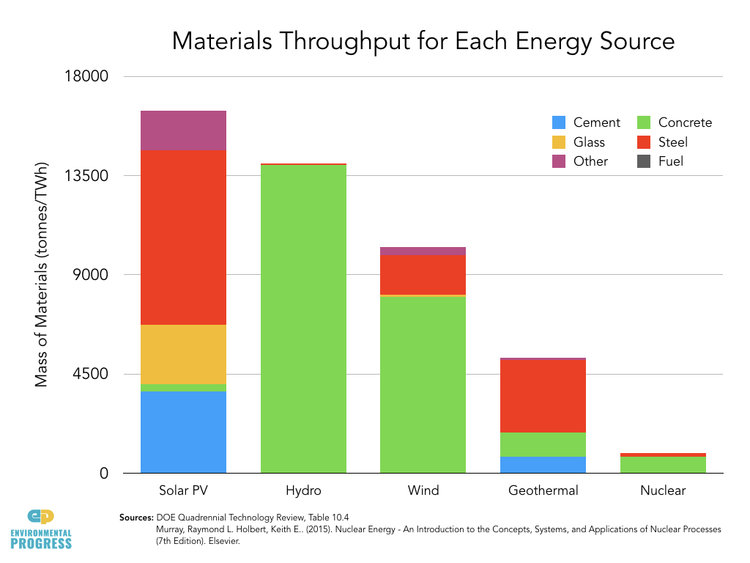 Discarded solar panels, piling up around the world, are detrimental to the environment, according to a new study by Environmental Progress.

Discarded solar panels not only contain lead, but chromium and cadmium – both of which are carcinogenic.

The Study comes from Environmental Progress:

Last November, Japan’s Environment Ministry issued a stark warning: the amount of solar panel waste Japan produces every year will rise from 10,000 to 800,000 tons by 2040, and the nation has no plan for safely disposing of it.

A recent report found that it would take 19 years for Toshiba Environmental Solutions to finish recycling all of the solar waste Japan produced by 2020. By 2034, the annual waste production will be 70 – 80 times larger than that of 2020.

Environmental Progress investigated the problem to see how the problem compared to the much more high-profile issue of nuclear waste.

If you wonder about the validity of the assumptions (fair enough) check out the Environmental Progress blog. There are some pretty aggressive critics, and some very informed replies (and more in that chain). Look for responses from Michael Shellenberger and Jemin Desai and Mark Nelson (the latter two are the authors).