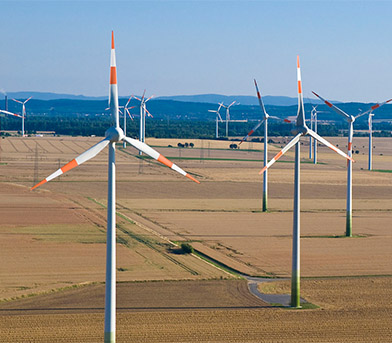 These are Enercon wind turbines in Germany, Lower Saxony. Image: Philip May

UPDATE 3: In the washup, these updates #1 and #2  show the fierce battle to control a message. The Wind Industry denies everything, but reports say the plaintiffs are delighted.  If the story spread that wind farms were paying out to homes nearby without even contesting liability, it could go viral in a very bad way for the wind industry. Settling out of court with confidentiality agreements would be a gambit to stop a flood of similar claims. Perhaps the wind industry lost control of the message when the Irish Examiner reported it?

UPDATE #1: Hmm. Industry Body says it is all false? It’s a strange one. The original link has vanished from The Irish Examiner, and a pro renewables site SeeNews which covered their story has disappeared their copy too [cached here, screencap copy too]. SeeNews has posted an update which totally contradicts the news. Did The Irish Examiner get it wrong? Removing the story suggests they did, but they have not issued a correction yet. News of the update comes not from the court, but from the Irish Wind Energy Association, not exactly an impartial source. The IWEA flatly says that no one admitted liability, no families were forced from their homes, and there was no judgement or ruling? Yet the original story claimed all these things.

UPDATE 2: It appears to be a case of industry wordsmithing and damage control. From Pat and Phil and commenters at StopTheseThings: The plaintiffs allegedly are delighted with the result and say liability was conceded from the start, so it was never contested, and no judgement on liability needed to be issued, but the court will decide on damages in April.  StopTheseThings hopes to release court papers next month. —  Jo

The wind turbine manufacturer is going to have to pay damages, yet to be decided:

The case was taken against wind turbine manufacturer Enercon who has accepted full liability for causing nuisance to seven families who live up to 1 km from the wind farm. A number of families in Co Cork who were forced to leave their homes because of noise from a nearby wind farm have won a significant case in the High Court this week. The families claim they have been severely impacted by noise since the wind farm began operating in 2011.

This is the first action of its kind in Ireland…

According to acoustic expert Steven Cooper this morning, this case applies to many other families around the world. In Australia wind farms have been built as close as 680 meters from homes. But his research suggests that the gap needs to be at least five kilometers on flat terrain. In hilly areas it may need to be ten kilometers.

In a submission in relation to the draft NSW Wind Farm Guidelines Cooper raises the issue of sleep disturbance and the absence of any criteria to protect the community. In a recent presentation at the Acoustical Society of America Steven discussed the use of heart rate monitoring  (by fitbits and other systems) in conjunction with noise monitoring for correlation with complaints and sleep disturbance.

Research on the impact of wind towers is so pathetically immature that governments are not even sure what to measure and what threshold to set. In SA they apparently don’t even have criteria to identify “an adverse impact”.

There is no material set out in the SA EPA wind farm guidelines to identify what constitutes a noise impact, and more importantly at what level is deemed there is no noise impact. If the threshold of an adverse impact… has not been identified, then how is this objective … satisfied?

The WHO document identifies that  ongoing sleep disturbance can manifest itself into cardiovascular diseases.

When interviewed, Cooper explains the major complaint from residents near wind farms is sleep disturbance, saying “The WHO Nighttime Noise Guidelines refer to road traffic and aircraft traffic that give rise to sleep disturbance.”

Does any government really think road traffic noise is the same as wind turbine noise?

We’ll have a lot more to say about the surprising way that wind farms appear to affect human health and that the criteria issued on planning permits cannot be substantiated.

Western governments should pull the pin on the subsidies as fast as they can. The alternative, buying out the uninhabitable homes within this radius, and paying compensation, will cost a lot more. We can turn off these hazards, but we can’t change the worlds temperature, nor make a profit from them.

From commenters below — plantiffs say the original story was largely correct

Al Whyley in comment #9 brings up some contradictory claims. however, it’s important to read a couple of the latest comments at jo’s link, e.g. the third comment:

COMMENT BY stopthesethings: SSTT has it from one of the plaintiffs that the report is correct. There has not been a trial on liability, as Enercon conceded liability, hence no judgment on that question. The recent appearance in court was when Enercon announced its position. The matter was listed for a hearing in April for the assessment of damages.
***The wind industry in Ireland pressured the Irish Examiner to drop the story, probably on the basis that the was technically no actual decision on the facts. However, the result is as reported, qualified by the fact that no judgment has been delivered, none was required. The defendant decided in the end to not contest liability. The plaintiffs are delighted that they will not have to fight on liability. However, one of their experts, Alun Evans was angry that he would not be cross examined on his report, he wanted there to be binding findings of fact, rather than a mere concession of liability.
https://stopthesethings.com/2016/12/17/irish-high-court-finds-wind-turbine-maker-liable-for-noise-nuisance-7-irish-families-to-get-millions-in-punitive-damages/

“the result reported is correct. STT’s operatives are in contact with the plaintiffs. Liability was not contested, in the end. One of the experts, Alun Evans was disappointed that he did not get to give evidence. Enercon (and the wind industry) were terrified of the ramifications if the Court heard evidence and made inevitable factual findings. Damages are to be assessed in April next year. Although we expect Enercon to be pressured by the wind industry to pay out of court settlements with confidentiality clauses attached. However, the result reported is correct. We hope to publish the court papers in the New Year.”

Photo: “Windpark-Wind-Farm” by Philip May – Own work. Licensed under CC BY-SA 3.0 via Wikimedia Commons: A Wind farm. The wind turbines are manufactured by Enercon. This photo was taken up from air. During a flight from Braunschweig to Hildesheim (in Germany, Lower Saxony).