[One Nation] wants the teaching of climate science in schools to be based on “the scientific method of scepticism”.

It’s hard to overstate how disastrous this would be to the indoctrination program. Life on Earth depends on hiding alternate views from impressionable minds. Students should continue to be taught that scientists are of one-mind, or they may grow up to think scientists are supposed to be skeptical, instead of gullible.

How did it come to this? 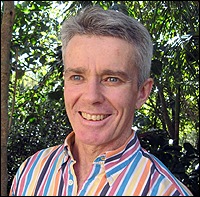 The man responsible for this travesty is Malcolm Roberts who most skeptics will have come across as Project Leader for the Galileo Movement. He  has been in the trenches of the climate debate for years in Australia, and he’s the second name on the One Nation ticket in Queensland for the Senate. He has been remarkably tenacious. The man has drive and energy. (See for yourself at his site.) He also has a BE (Honours in  Mining) and  an MBA from the Uni of Chicago Booth School of Business.

The Turnbull coup converted the Liberals to a center left party, leaving a galactic vacuum in Australia on the right. Pauline Hansen did so well, getting 1.2 quotas on first preferences, or 9%, that it’s quite possible, as more preferences flow, that Malcolm Roberts will become a Senator for Queensland. Good luck to him. Hansen outpolled the Greens.

The One Nation candidate with a strong chance of joining Pauline Hanson in the Senate, Malcolm Roberts, wants climate scepticism taught in schools and says the CSIRO and United Nations’ peak climate body endorse corruption.

Mr Roberts’ views appear to be driving One Nation’s extreme climate policy agenda, which includes pushing for a royal commission into climate science and abolition of the Renewable Energy Target.

It also wants the teaching of climate science in schools to be based on “the scientific method of scepticism”.

One Nation wants the Bureau of Meteorology reviewed, including “public justification of persistent upward adjustments to historical climate records” and a review of the CSIRO to determine whether funding has influenced its climate claims.

The scale of the disaster is apparent on NewMatilda:

Australia Is Being Swamped By Climate Change Deniers

Fellow Austraiyans. If you are reading me now it means that I have become murderous.

Pauline Hanson appears to have picked up a spot in our Senate at the time of writing, possibly even two or more.

Climate change has and will continue to be used as a political agenda by politicians and self interest groups or individuals for their own gain. We cannot allow scare mongering by people such as Tim Flannery, who make outlandish statements and are not held accountable. Climate change should not be about making money for a lot of people and giving scientists money.

[Emissions Trading Systems are] not going to wave a magic wand and stop nature changing the climate. It will only make it harder for Australian families and businesses to make ends meet…

…Instead of so-called ‘alternative energies’ that are really ‘alternatives to energy’, we will work to reduce energy prices, and bring back dependability and reliability through environmentally responsible  energies. Low cost energy enables efficiency and productivity that generate wealth to protect the environment.

Obviously The Guardian, the SMH and the ABC are already training readers on the correct response: it’s dangerous, red-necked, and extreme right wing. They can dig out the files from 20 years ago, and mock, mock, mock. Under no circumstances should any of her policies be discussed.

Notice that in Queensland Hanson got 139,000 first preference votes in the Senate. Compare that to the well financed major incumbent Party (the Libs) which got 520,000.

What about those election results?

Good news. There’s no sign yet that Australia knows which team will be steering the ship next week.  The torture continues for Turnbull. The ABC site says Libs 70, Labor 67 in the race to “76”. In the undecideds, with still 15- 25% of all votes not even counted, the Libs are ahead in 3, Labor in 5. That leaves Turnbull and Shorten doing deals with 5 “other” crossbenchers. Libs start one seat ahead (maybe), but the crossbenchers mostly lean leftish. Dead heat. I think Australia should skip a government for the next three years and see if anyone notices.