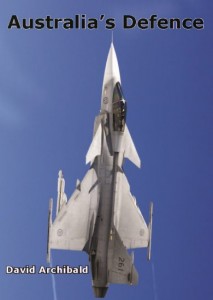 David asked to crowdsource policies for the upcoming election, so China, Subs, RAAF, F-35s and more below…

The world is becoming more dangerous as US predominance recedes. A revanchist Russia is not expected to trouble Australia. The biggest near term threat is Chinese aggression in East Asia. Chinese attempts to expand its territory are quite likely to lead to war with a number of southeast Asian states, Japan and the United States. Australia will become involved because of our treaties with Japan and the United States. The worst outcome is that China wins a conflict in East Asia and dictates terms to Australia and other countries. A war in East Asia, whatever the outcome, is likely to result in countries acquiring nuclear weapons to counter aggressive hegemons like China.

Australia will return defence spending to 3% of GDP, below Cold War levels but up from the current target of 2%.

Australia will further develop our defence ties with Japan and the United States.

Australia will also participate in the long war against Islamic extremism as entities like ISIS use their territory to undertake attacks on the West.  As long as the likes of ISIS do not have ground-to-air anti-aircraft missile systems capable of reaching 20,000 feet then this war should be conducted by low cost aircraft (turboprop transport aircraft dropping GPS and laser-guided munitions) rather than fighter aircraft.

Thus Australia should prepare for a dichotomy in operations:

The RAAF is the first line of defence. Control of the airspace over Australia and the gap to the Indonesian archipelago is vitally important. That cannot be achieved with the current intended purchase of F-35 aircraft. The F-35 is a light bomber which will be shot down by more capable enemy fighter aircraft. Australia will limit its purchase of F-35s to those we are currently contractually obligated to buy.

In terms of cost and performance, the best fighter aircraft available to Australia currently is the Saab Gripen E. Australia will replicate the deal that Brazil did with Saab for manufacture of this advanced jet in country. In the interim Australia will acquire existing Gripen C and D (two seater) aircraft from stocks in Sweden and/or South Africa to provide Australian aircrew experience in operating from remote airfields in Australia’s north.

Australia also requires a far larger transport aircraft fleet. To build on the existing fleet, Australia will acquire C-295 aircraft from Airbus and the PSL M28 Skytruck. The latter would be built in Australia.

The RAN’s primary offensive weapon will be submarines. The Collins class submarines are unreliable and need to be replaced as soon as possible. Australia will develop submarine bases on the east coast and more on the west coast. To build our submarine force quickly, more than one type of submarine might be acquired.

A stretched version of the Soryu submarine is the optimum conventional replacement for the Collins class because of its quality, price and the fact that it will be available almost immediately. Virginia class nuclear submarines would contribute to the force structure. [*David wrote this before the deal with the French was announced on subs. – Jo]

Surface presence will be provided by frigate-sized vessels.  Surface vessels these days are pre-occupied with self-defence against missiles and torpedoes that can be launched from considerable distances away. The task of sinking enemy combatants will be undertaken largely by aircraft and submarines.

David’s book ‘Australia’s Defence’ (Connor Court). The lecture includes 126 slides and will take one and a half hours. For a copy of the slide presentation, email: davidarchibald AT australianliberty.org

ABOUT: David Archibald is a long running big-thinker skeptical friend who has written great books, and interesting papers on all kinds of things including the correlation between solar cycle length and global temperature in the next solar cycle which (fits with David Evans’ work on the 11 year delay). He is standing for the ALA in Curtin  in the coming election.

His writing on Defence is getting attention. The top link probably is the quickest short summary of his themes. As usual, no punches pulled!

Some other posts by, with, or on David Archibald:

Archibald is always provocative and entertaining.