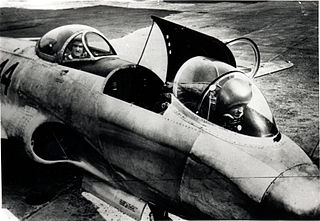 An interesting link from commenter Pauly about the danger of thinking in averages.

In the late 1940s planes in the United States airforce were mysteriously falling out of the sky. No mechanical faults could be found. A young researcher named Gilbert Daniels collected data on thousands of pilots body measurements to update the old 1928 averages and discovered there was no such thing as an average pilot. The cockpits were designed to fit a man that did not exist. Human variability is such that once three different factors were taken into account, even allowing the cutoff for “average” to include 30% of the population in each factor, a mere 3.5% of the population would match the average for all three.

Once more variables were considered, the bell curve got rapidly thinner:

The Flaw of Averages

Using the size data he had gathered from 4,063 pilots, Daniels calculated the average of the 10 physical dimensions believed to be most relevant for design, including height, chest circumference and sleeve length. These formed the dimensions of the “average pilot,” which Daniels generously defined as someone whose measurements were within the middle 30 per cent of the range of values for each dimension. So, for example, even though the precise average height from the data was five foot nine, he defined the height of the “average pilot” as ranging from five-seven to five-11. Next, Daniels compared each individual pilot, one by one, to the average pilot.

Out of 4,063 pilots, not a single airman fit within the average range on all 10 dimensions.

Gilberts remarkable conclusions meant that the Airforce did the unthinkable, they asked the manufacturers to build planes to fit individuals instead of averages, and adjustable seats, straps and helmets were invented. The planes stopped falling out of the sky.  It’s an interesting read from a new book The End of Average by L. Todd Rose.

The feature also describes how women were similarly measured and similarly failed to be “average”, but the conclusions were that it was the fault of the women, and they needed to be fitter (and presumably the seeds of the aerobics revolution were born).