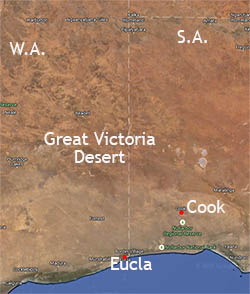 The hot desert border of Western and South Australia

Lance Pidgeon has drawn my attention to the mysteriously detailed weather maps of the Australian BOM, with their mass of contradictions. The intricate squiggles of air temperature profiles suggests an awesome array of data — especially remarkable in places like “Cook”, which is a railway station with a population of four. Eucla, the megopolis in the map, has a population of 368. The shared border in the map (right) is 674km long top to bottom.

Thankfully, after 80 years of modern technology, the weather at Eucla and in the Great Victorian Desert is much more bearable than anyone would have expected. The BOM ACORN data set works better than airconditioning. In places near Eucla, where old newspapers record 43C, the BOM tells us the highest maximum that month was “under 27C”. Far to the north of there, the highest maximum stayed under 36C, but the average for that same whole month was above 36C. Go figure. It’s a new kind of maths… [or maybe the miracle of reverse cycle a/c?]

There are a half million square kilometers in this map here and almost no thermometers, but plenty of lizards. It is so empty that every railway station and even a single house will earn a “dot” and a label. The point where WA meets SA and the NT is so remote that more people have been to the South Pole. Despite that, the BOM can draw maps of daily air temperature variation separating sand dunes and salt lakes where no man probably walked in a whole year.  Marvelous what computers and assumptions can do.

Jokes aside. The state of the BOM database is not so funny.

Time for a game of Spot the Contradiction.

There are a multitude of ways you get the BoM opinion of what the temperature was in December 1931. If for example you were interested in the maximum temperature around the Great Victoria Desert,  along the border of South Australia and Western Australia, you could look at the CDO online data of raw recorded temperatures. Sadly there is no daily data available but after clicking on monthly climate data online, we find the average for the month of December 1931 was 23.9C in Eucla. (Not too hot for summer near the desert). 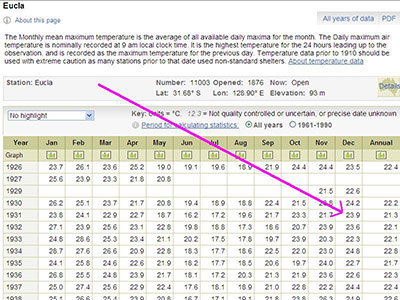 Alternatively you could look at the AWAP map of average temperature and see the yellow colour for the range 24 to 27 degrees C here.  That’s OK. 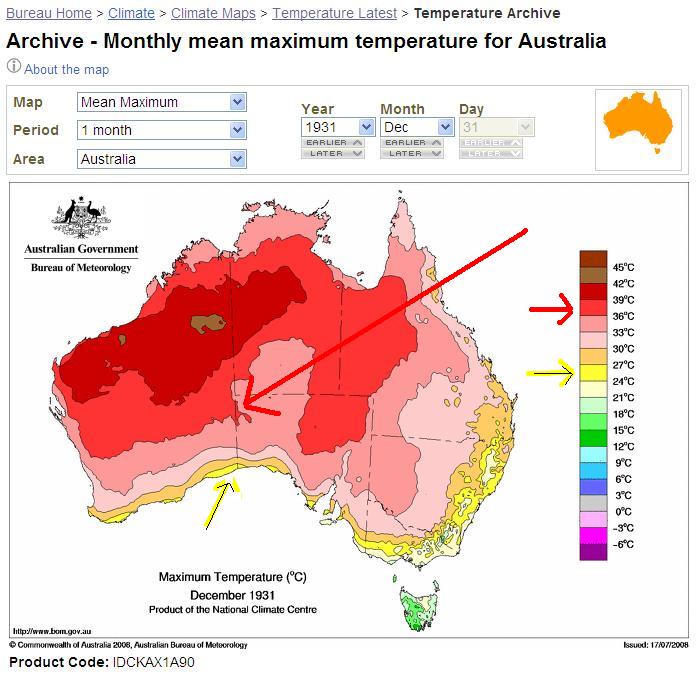 But look north of Eucla to the “red fingers” area overlapping the S.A. / W.A. border above this. (Follow the big red arrow). In the red zone the average maximum for the whole month was a scorching hot maximum temperature between 36 and 39 degrees C.  How hot were the hottest days that month? You might be surprised to know that the highest maximum for that month in the same spot was only between 33 and 36 degrees C here.

[It’s a pretty cool form of meteorological maths where there were no days above 36C, but the average was 36 or more… – Jo] 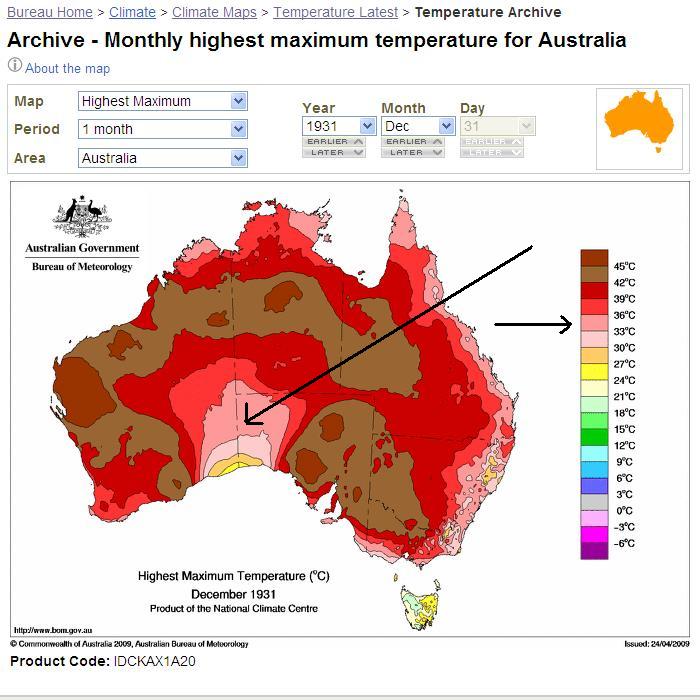 At Eucla, not known for it’s mild summer weather, both maps show a cool average and highest max of 24 to 27 degrees C.

The BOM divisional Meteorologist who covered the area in 1931 might be even more surprized than you. The newspapers at the time reported at least two days with 42.8 Degrees C (109 Degrees F) and 40 Degrees C (104 F). What happened to that heat? 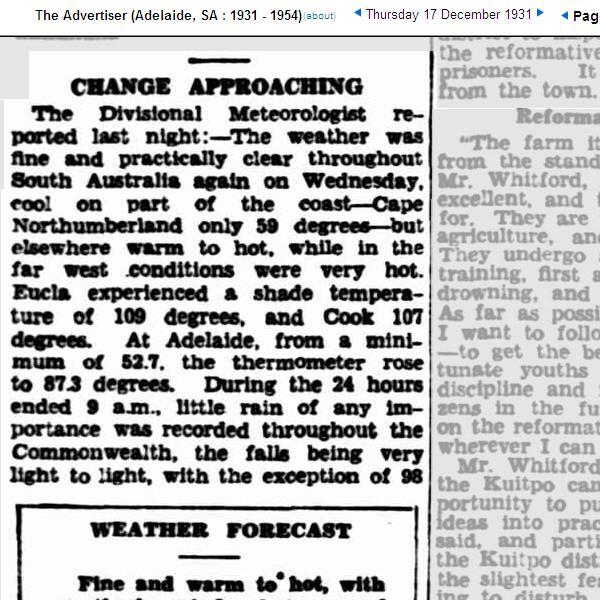 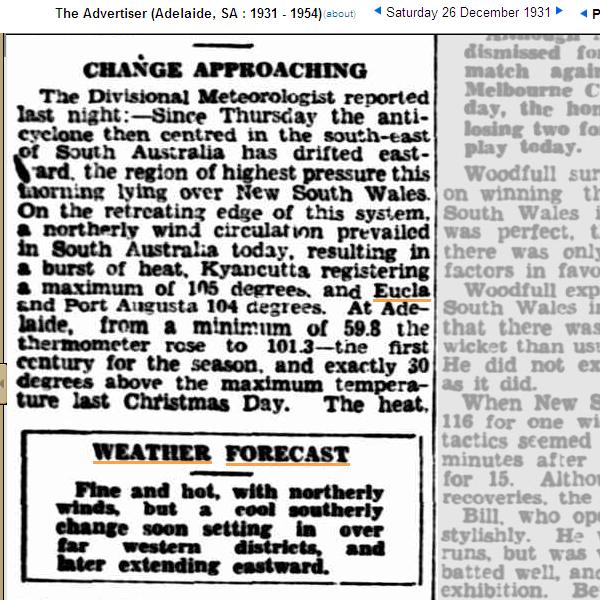 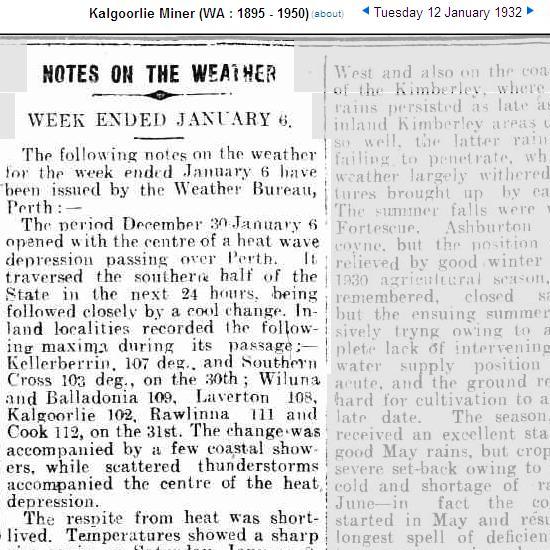 This sadly is not the limit of the problems and contradictions with these AWAP maps. If you can stand a bit of coarse sarcastic humour, a whole lot more and worse can be seen from six short videos I’ve made.

If however all you need is an accurate report on the heat of that summer, the best way is to ask a dead parrot here.
— Lance