Bernie Lewin and the GWPF have launched an excellent historical paper”  “Hubert Lamb And The Transformation Of Climate Science. For those who don’t know Hubert Lamb was the founding Director of the Climatic Research Unit at the University of East Anglia (the infamous CRU of ClimateGate). He was also a skeptic.When he died the then director called him “the greatest climatologist of his time”.

He spent most of his career convincing the world that Earths climate was constantly changing. The irony then, was that the UN then redefined “climate change” to mean man-made climate change, and honored him with a building stocked with researchers who spent a lot of the time playing down all that natural variation. He earned the good will and reputation, and the UN spent it.

Lewin captures the repeating patterns of history. For decades Lamb fought the dogma that claimed the Earths climate was unchanging. He succeeded and was rewarded, but then the dogma was reborn in another guise: 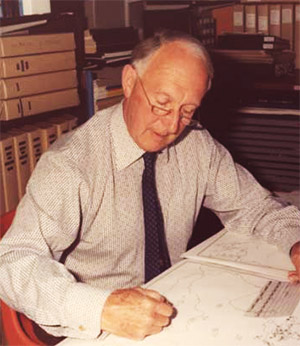 “..Right through to the end of the 20th century the claim was that both models and data were showing the enhanced greenhouse effect emerging out of the background ‘noise’ of natural variations. Thus the popular idea that global warming is now emerging from a background of climate stability cannot be blamed on simplifications introduced (mischievously or otherwise) by translation into a popular account. Rather, this idea is in perfect fidelity with the new science, where the old meteorologist’s dogma of natural climate stability has been reintroduced as the baseline assumption, despite all the new evidence to the contrary. In this way, the new orthodoxy of anthropogenic climate change is only the undefeated old orthodoxy re-appearing, but cloaked anew.

Another way to view this is that, indeed, Lamb did help establish the idea of a changing climate. But this quickly became the ground upon which the anthropogenic scare was built. Once built, the foundations were artfully concealed by the new definition of ‘climate change’ as all man made. Lamb’s fame was then appropriated to support this new view. This enhanced his reputation, while at the same time traducing it.

In 2006 Lamb appeared in a listing of the ‘top 100 world-changing discoveries, innovations and research projects to come out of the UK universities’ for the innovation of establishing ‘climate change as a serious research subject’. 129,130

Thus, and in the same year that the CRU building was renamed in his honour, Lamb came to be honoured for an innovation that he had aspersed from the beginning right until the end of his life.

He worried about the distortions in science, and talked, not just of power plays and money, but fashions in thinking that came and went. In the 1930s the idea that the solar cycle affected the climate became so unpopular he said that to speak of the possibility, was “to brand oneself as a crank”. The theory of CO2 driven warming was also popular mid-century (when it was warm) but waned in the 1960s as things cooled… p31

9 Witness to a science transforming

After six years as director of CRU, Lamb’s idyll of ‘calm academic research’ had finally slipped away. In retirement he began to wonder aloud about what had caused the science to go astray. One factor was the distorting influence of public controversy:

“Money to fund research may be more or less readily forthcoming according to what the results appear (or are expected) to indicate. This irrelevant influence – to which all countries seem liable in only varying degrees –may be backed by powerful interests and threatens to cloud the possibilities of scientific understanding.121

Then there was the problem of powerful individuals ‘creating barriers to scientific advance’ in order to protect their own interests. But Lamb considered that ‘neither political ulterior motives nor the abuse of power by individuals is the whole story’.

“There are also fashions in scientific work, whereby some theory catches on and gains a wide following, and while that situation reigns, mostworkers aim their efforts to following the logic of the theory and its applications, and tend to be oblivious to things that do not quite fit.

“The swings of fashion among meteorological and climatic research leaders over the carbon dioxide effect provide an extreme example.122

In his reflections elsewhere on scientific fashion, Lamb also recalls how solar forcing suddenly went out of fashion in the 1930s after bold forecasts based on the sunspot cycle by senior British meteorologists turned out to be wildly wrong.‡‡ Years later, and despite new evidence, for a young scientist ‘to entertain any statement of sun–weather relationships,’ recalls Lamb, ‘was to brand oneself as a crank’.124

But in his ‘extreme example’ of fashion swings, Lamb observes how the fashion for the carbon dioxide effect waxed and waned as the
climate in mid-northern latitudes warmed and cooled – yet with some years’ lag. It waxed mid-century, following early 20th century warming, only to wane in the 1960s…

“…when it was obvious that the climate in the Northern Hemisphere was
getting colder (despite greater output of synthetic carbon dioxide than
ever before) from the late 1950s till about 1974.

Then the theory ‘rose to renewed dominance around 1980’:

“It only revived after a run of up to 8 mildwinters in a row affected much of Europe and parts of North America in the 1970s and 1980s. There then came a tremendous preponderance of publications on global warming, dominating the research literature, although over-all temperature averages in some regions, particularly in the Arctic, were still moving downward. 125

The full paper (pdf) is well worth reading for those who are interested in history (and who isn’t?)