It’s so cold in the Northern Hemisphere the ocean has frozen in Nantucket. The Great Lakes are 85% frozen over. Cold weather is breaking records in the US.  Snow in the southern states of the US has meant 200,000 homes in North Carolina have no electricity. More seriously, 124 people died in Avalaches in Afghanistan. It’s winter. 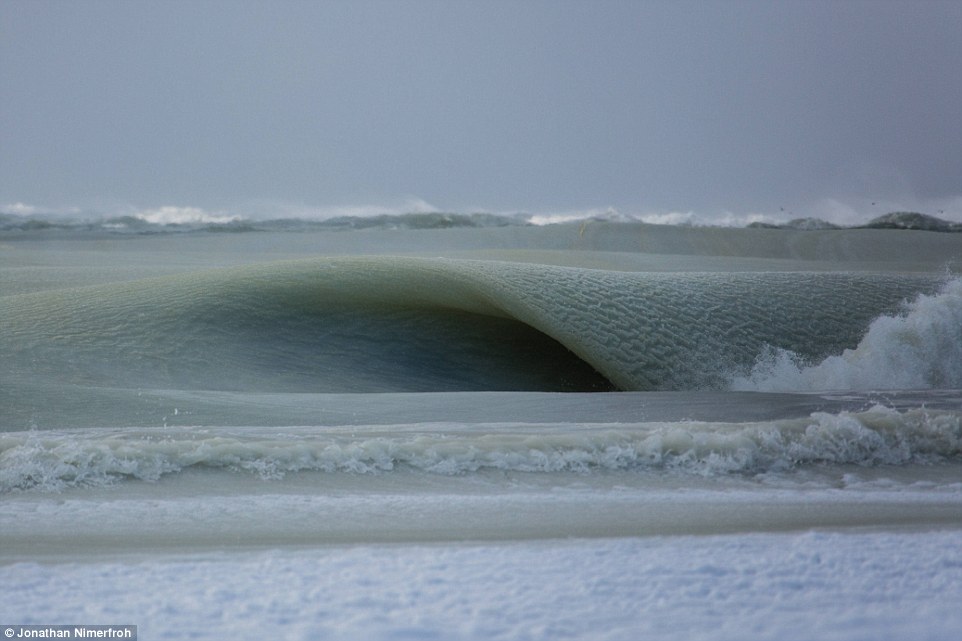 These waves are giant rolling ice slushies, not solid stationary curls. But apparently things went solid and froze over flat the next day:

‘Most waves were around two feet with some larger sets slushing through around three foot or waist high. What an experience to be absolutely freezing on the beach watching these roll in while I mind surfed them.

‘The next day I drive up to see if things melted but that same 300 yards out of water froze solid on the surface. No waves at all. I’ve been asking all the fishermen and surfers if they have ever seen such a thing. This is a first they all said.’

Spare a thought for avalanches which killed at least 124 people in Afghanistan.

Wishing all our cold readers the best. Another arctic blast is due next week.