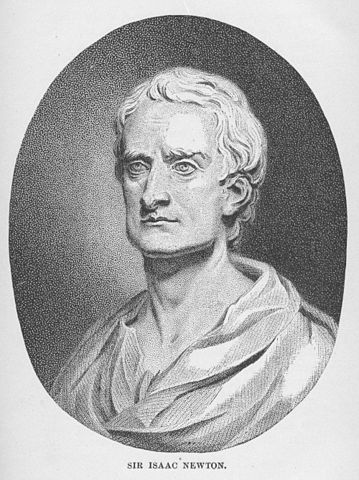 The claim that the science debate over cimate change is settled violates the most important of Newton’s Laws. This violation is not of the famous Laws of Motion but of a little known set of derived bylaws, Newton’s Laws of Experts, a major contribution to understanding social dynamics.

Newton’s Laws of Motion may be simply stated as:

The bylaws, Newton’s Laws of Experts, are as follows:

The First Law of Experts is well known and can be demonstrated in countless universities, institutes and research bodies. There are two major influences. First, the need to appear relevant to the wants of society means engagement in the great issues of the day. This has been brought on by well intentioned but misguided policy that assumes innovations, financial, technical or other, spring fully developed from academic research and national needs should determine the areas of research interest.

The second and much more worrying influence comes from the coupling of politics to science. The academy has a natural bias towards the left as its business is overthrowing old ideas and generating new interpretations and understanding. If this is coupled to saving the planet and giving rise to a better world then there is a resonance between politics and academia.

At the present time there are three issues that resonate with at least parts of the academy: climate change, genetically modified organisms and nuclear power. In each case, it is arguable that the scientific understanding on the political side is selective, frequently ignorant and often presented in terms that startle the public.

As a result governments, often subject to marginal politics, have created opportunities for endless grant applications for any research perceived as relevant to these issues. As a further result, academia has responded by setting up special institutes or university departments and, with knowledge of the availability of large research grants, has applied for and received funding.

It is often the case that the envisaged research was not aimed at the target set by the government, but simply represents the dressing-up of a proposal in a way which would attract the grant.

This discussion leads to the Second Law of Experts. There is no doubt that large grants, leading to the establishment of new institutes, departments or divisions, have the effect of moving experts into positions where they will represent these new initiatives. The lifetime of these organisations is subject to the continuous feeding from grants, so there is every incentive to emphasise the importance and relevance of the research, thus providing strong and positive feedback.

The Third Law of Experts is one that is most commonly encountered in the Law. Expert witnesses are frequently called by both sides for explanations. So, rather than experts advising the bench, each side presents the most favourable explanation that helps its own case.

The present major concern of society is climate change. Why this is so is best understood in the words of H.L.Mencken, the Sage of Baltimore:

The whole aim of practical politics is to keep the populace alarmed (and hence clamorous to be led to safety) by menacing it with an endless series of hobgoblins, all of them imaginary.

The effect of the political interest in climate change has been the violation of Newton’s Third Law.

Where are the experts speaking against the position that climate change is caused by human activity? They are scarcely to be seen or heard at this time. Within the academy, one expert will not willingly place himself between another expert and a grant-giving body, unless he has immunity from subsequent retribution. There are examples of those who have taken the contrary view being hounded by colleagues, being unable to secure research grants and even calls for them to be removed from their positions.

However Newton’s Laws are eternal and immutable. The violation of the Third Law will be only temporary as slowly scientific observation and understanding will get the better of the present situation.

From the above analysis, it is a firm conclusion that the climate change debate is distorted in its presentation and that its alleged scientific conclusions are unsound. Only when the Third Law is satisfied will we finally understand.

This writer would not like to estimate how long this will take. Rather he would suggest that we all heed the advice of another sage, this time from Hollywood, where Sam Goldwyn is supposed to have said that he never liked making predictions, particularly about the future.

William York likes to find the funny side of life. He used to write for BRW back in the late 1980’s.
Thanks to both William York and Tom Quirk