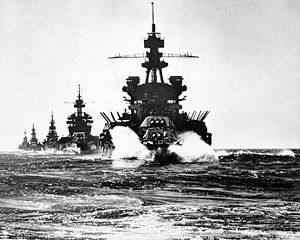 File this in the Semi-Satirical Times

Since 1920, ice cores from Law Dome show only one significant pause in an otherwise relentless rise in CO2. Ominously, that sole plateau occurs from 1940 to 1950. If human activity drives changes in global CO2, there is no mistaking that the pause was during the only decade that war went global.

The question has to be asked: Is war an alternative to wind-farms?

Who would have thought all the tanks, bullets and bombs, and all the men in green uniforms, could be so good for the planet? World War II must have been a low electricity use time.

Or was it the mass burials – a form of carbon sequestration? (Though, cremation, after all, undoes the benefits. Does anyone have stats on the ratio of burning versus burial? Can we get a grant?)

To get this extraordinary information Tom Quirk looked at the modern records from Law Dome Antarctica. We can’t use Mauna Loa data because that station didn’t start until the late 1950s. Firstly, it’s  worth knowing that the ice bubbles at Law Dome are really storing a kind of 5 year smoothed averaged, not a year by year record. We know that because of the Nuclear Tests which pumped C14 into the sky show up as a spike in direct annual records from New Zealand. The spike is smeared over 4 years as captured by the bubbles in the Law Dome records. (see Figure 1)

Then knowing that the Antarctic record will smooth out spikes into flat plateaus, Quirk shows that there is a plateau in the Law Dome records of CO2 levels that starts at the same time as WWII. He estimates that CO2 levels must have spiked up and then down to produce the flat line. Curiously the spike down rather fits with sea surface temperatures in the Southern Hemisphere (it must be a coincidence  😉 ). Pace Murry Salby.

Just imagine we were taxing, trading and burying CO2 in holes in the ground (not to mention building masses of windmills and solar panels) but at the same time we didn’t know the major sinks and sources of CO2 emissions? Welcome to the post modern economy — where money is wasted on billion dollar scales every day.

Near constant values for atmospheric CO2 in the 1940s have been found in ice core measurements made by the CSIRO at the Law Dome in Antarctica. Ice core measurements come from bubbles trapped in the ice which, while forming, sample the atmosphere over a period of years.

Fortunately there is a way of measuring the time window over which the ice core bubbles sample the atmosphere and this has been done by the CSIRO. A peak occurred in atmospheric CO2 labeled with radioactive carbon-14 in 1963, before the Partial Nuclear Test Ban Treaty came into force. There was a near doubling of carbon-14 CO2 and this peak was captured in the ice cores at the Law Dome. Comparison with direct air measurements in New Zealand enables the calculation of the extent of atmospheric sampling in the ice cores. The sampling is approximately characterized by a normal (Gaussian) distribution with a 4.2 year standard deviation (Figure 1).

The reverse process of unfolding the ice core CO2 measurements is now possible. The result shows that the apparent plateau in the 1940s for CO2 is the result of a fall in atmospheric CO2 concentrations at the South Pole in the middle of the 1940s. It is not possible to simulate the measurements using a plateau in atmospheric CO2 concentrations (Figure 2).

This fall may well be the result of a sudden fall in Southern Hemisphere sea surface temperatures in the middle of the 1940s.

(hmm — Jo notes the step change in 1945 in the Southern Hemisphere.)

The results suggest that the behaviour of the sinks of atmospheric CO2 remains poorly understood.

I trust those who fought in World War II will forgive us our use of the free speech they helped protect.