From the AIRS satellite at NASA

Watch how greenness and CO2 oscillate. Carbon dioxide is the yellow stuff on the map.

As you watch the yearly cycle, hold on to the thought: “my car can change global CO2 levels”…

(My favourite part starts half way).

These three images come from the video above. 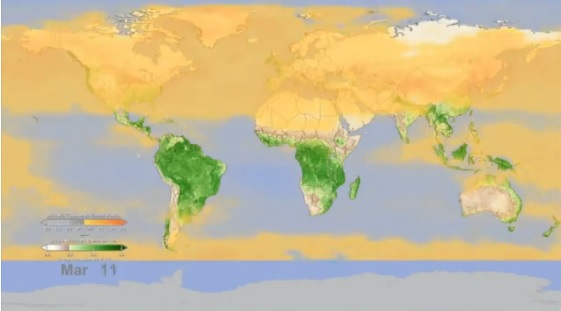 In March each year CO2 levels are rapidly rising, because the vegetation in the northern hemisphere has been dormant for months.

Tom Pagano AIRS: “Note that there is roughly a three-month lag between the state of vegetation at Earth’s surface and its effect on carbon dioxide in the middle troposphere.” 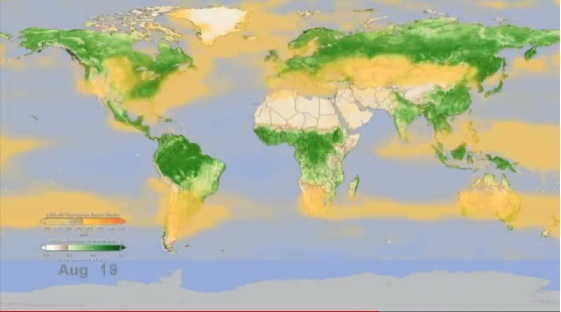 By August the green life blooms across the northern continents over summer and CO2 is pulled out of the air to fuel the growth. 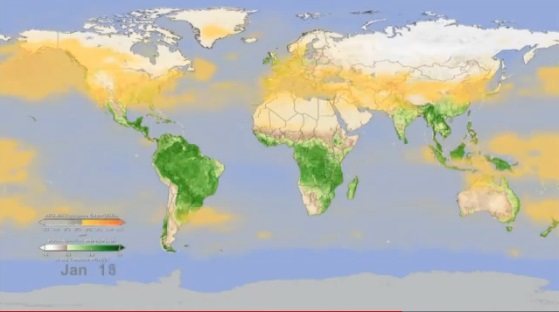 By January green life in the southern hemisphere has pulled down the CO2 there, and CO2 is rising in the north.