For an example of modern government propaganda, wait til you see this: Your Carbon Price (No really, go spend 30 seconds there to try to guess what this production would have cost.)

I’ve never seen a website so slickly designed, so smooth to the point of oozing graphic designer dollars with every rollover. As I watched it, I was seeing our national productivity being buried under Gucci-layers-of-gloss-red-tape. It kept asking me private questions “your name” etc as if the spelling of “Jane”, “Joe” or “John” makes any difference to my carbon footprint  (my name is Noneof Yourbusiness). Bring out the sick-bag as Dellers would say.

If regulators tie up the people in enough paper chains they eventually become as strong as steel bindings. “YourCarbonPrice” takes our money to tell us we might “earn” $2 – $5 dollars a week to help the country clean up polluters while we take cold showers, sell the second fridge, and smile with delight at being a “good citizen”. What more could we ask for? A George Orwell fridge magnet?

And watch the sycophantic supporters rush to slap their logo on the propaganda tool.

If I had a Choice mag subscription, I would write to protest today. They support this schmuck with a logo that says “Choice — the people’s watchdog”. Wait for it, now Choice have become expert Climate Analysts. They’ve road-tested exactly one theory offered by the monopolistic sellers, ignored the test results, the competitors, they’ve downplayed the costs, uprated the benefits, and they think this “serves” the public? Their brand name moniker should should read “Choice — the government’s lap-dog”.

This only hits those nasty polluders … 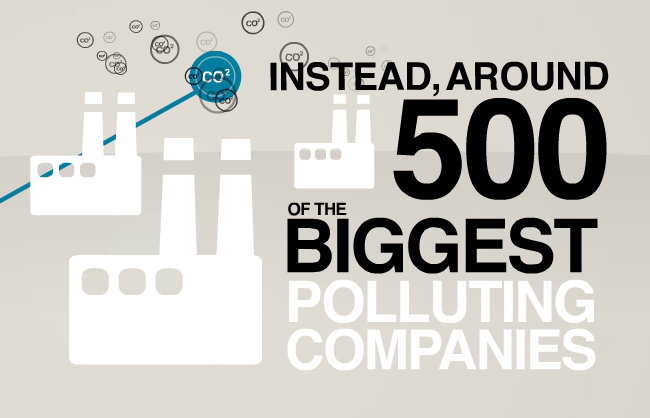 …and even if they do pass on some of their costs, it is only cents! 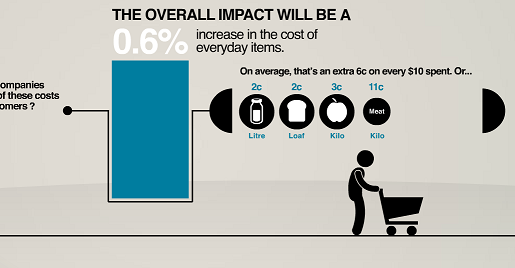 Yet, for just cents, it will get rid of a whopping 1.1 billion tonnes of carbon dioxide! 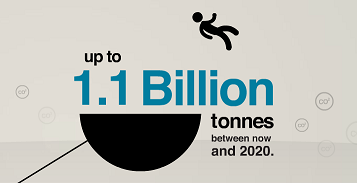 …
Thanks to the power of Green-fairyland economics, look how much money this will generate!

You pay cents, and they get to spend $30 billion dollars. (Why don’t we double the carbon tax? Triple it? I’ve seen adverts for do-it-yourself get rich schemes which weren’t this ambitious.)
…

Right here on the screen is $30b in expenditure, from 10 million workers, which is a cost of about $3000 per worker over some undisclosed time period. But remember it’s only 2 cents extra for that litre of milk.

Let’s do the cost-benefit analysis Choice don’t do:

So it cost Australian workers $3,000 a head for Julia to buy off the Greens? What would you rather have spent $3,000 on?

Ladies and Gentlemen, this government is not a group of Australians who are giving us the full story, it’s a group of con artists wasting our money, then stealing some more so they can help you feel good about being ripped off. Choice Mag should be running a mile. Actually, self respecting Labor members should be running a mile too. They are screwing the workers and scorning the voters.

PS: Alexa ranks their site as somewhere north of 7 millionth most popular, and it has all of 37 links in (38 now). Still that may have been good value for money as long as the site cost no more than, say, $30…