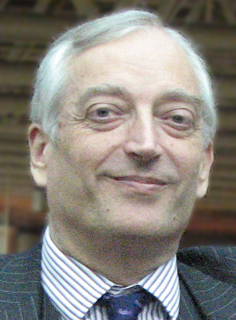 Answers by The Viscount Monckton of Brenchley

to questions by Megan Clement of “Conversation”

All of the questions and answers herein must be reproduced in full: otherwise none of my answers may be disseminated in any form, in whole or in part.

Q. I’m mainly interested in your reaction to the petition that’s been going round in Western Australia urging Notre Dame to cancel your visit. Is this an issue of free speech?

I understand that the petition makes the following assertions, to which I shall respond seriatim:

Primo, I am alleged to have circulated “widely discredited fictions about climate change” and to have distorted the research of countless scientists.

Secundo, “With zero peer-reviewed scientific publications, he has declared that the scientific enterprise is invalid and that climate science is fraudulent.”

See Climate Sensitivity Reconsidered, in Physics and Society for July 2008. See also my commentary on the maladroit attempt by the American Physical Society to claim ex post facto that the paper was not peer-reviewed (hint: it was). Please explain why, after undergoing the discourtesy to which the Society subjected me, I should be at all inclined to submit further papers for peer review, and explain whether a point similar to this one has been raised by any of the petitioners in respect of Al Gore and, if so, with what result, and, if not, why the petitioners are singling me out as uniquely unfitted to speak freely.

Tertio, “He stands for the kind of ignorance and superstition that universities have a duty to counter.”

This is mere hand-waving. In the absence of any specific allegation, I am not in a position to answer.

Quarto, one of the signatories said it was a disgrace that any university associated itself with “someone who has clearly got no academic credibility”.

At the University of Cambridge, it was not unusual for laymen with interesting things to say to address academic audiences: I have done so myself on many occasions at many universities (including Cambridge), both in public lectures and in faculty-level seminars on subjects as diverse as the theory of currencies and the determination of climate sensitivity. It is difficult for me to discern any evidence that the petitioners have had foreknowledge of the content of my proposed lecture. In the absence of that foreknowledge, it is not clear what is the petitioners’ evidence for their notion that I have “no academic credibility” (whatever that may mean).

Quinto, another signatory said he endorsed my right to free speech “for example in a pub or on a soap-box or in a circus arena”.

More hand-waving. It is not clear to me what academic credibility any such remark is thought to possess.

Sexto, the petition was organized by a student and signed by only four or five dozen students and their teachers.

It is encouraging that, after weeks of scavenging for signatures, so few members of the Australian academic community could be induced to seek to deny to the University of Notre Dame at Fremantle its academic right to allow and to foster free speech in accordance with its statutes and statutory objectives.

Q. How do you respond to allegations that you purposefully misrepresent science to promote your view?

Q. What are your thoughts on the Vice-Chancellor of the University of Western Australia distancing himself from your scheduled appearance at the University?

Professor Robson should resign and put himself out to grass immediately. He is plainly unaware of his duty to protect and promote freedom of speech. Students at the university should consider leaving it and going to a proper university, lest they be corrupted by canting sanctimony.

Finally, a question of my own. Please disclose the sources and amounts of your website’s funding and, in particular, please state how much funding the website has received directly or indirectly from taxpayers’ funds. This is a Freedom of Information request.