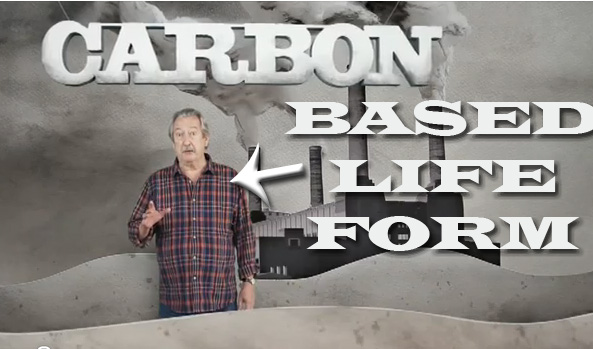 Let’s say “Yes” to real science, the way it’s meant to be, science that relies on  measurements from things like thermometers, ice cores, and satellites. Real science is about observations of the real deal, not “simulations” on a computer. 28 million weather balloons, 6000 boreholes, 3000 ocean buoys, and 30 years of satellites tell us that rising CO2 is not much to worry about.

Let say “Yes” to helping the environment by looking at real problems instead of fake ones. Let’s do practical things to stop our soil being eroded, to save our flora and fauna, and to stop real pollutants like soot, ozone and sulfur dioxide. We all know that a tax won’t solve salinity, or change the weather.

Lets say “Yes” to using our tax money wisely. Who are we kidding? Solar panels, windmills and funny light globes are not going to stop droughts, floods and nasty storms. Why put more money into the hands of people who’ve spent around 4 billion dollars putting Chinese solar panels on roofs, and pink batts in houses.  We can’t control the weather and we can’t export second hand solar panels. Let’s say NO to pork barrelling, and pink-batts-that-kill, and solar panels that send us broke.

Say “Yes” to the free market. Rather than foist a fixed, fake carbon market on us, listen to what the real market it saying — it’s telling us that no one wants to buy carbon credits if they have a choice, and hardly anyone wants current renewables at current prices. Stop the subsidies, get the government out of the way, and give us a real free market.

Let’s say “Yes” to a real debate, where the government, public funded scientists and ABC stop denigrating anyone who tries to raise a scientific point they don’t approve of. We pay for these institutions, we deserve the whole truth.

Let’s say “Yes” to getting news instead of propaganda from the ABC. Did you know that in the ice cores, temperatures rise and fall first? That’s 800 years before CO2? Don’t they think voters ought to know that? Did you know market gardeners pay to pump the carbon dioxide into greenhouses, because plants grow faster, stronger, yield more fruit and need less water? Did they forget to tell you that plants prefer a climate with three times as much CO2 in the air as we have today?

And who knew that unpaid whistleblowers are rising up in protest and that 31,500 scientists don’t think we need a carbon tax? Or that 9,000 of them have PhDs. Or that skeptics include Nobel physics prize winners, NASA astronauts, and prize winning meteorologists?

If this is the most important crisis we face, why are the government and the official scientists so afraid of questions? They’ll do anything to shut down discussion. They call Nobel Prize winners “deniers” and declare “the science is settled”, yet the BOM can’t predict the weather a month from now?

Say “Yes” to an election before making changes that affect our entire economy.

The original Carbon-Cate advert is here.