Here’s a topic close to my heart. Before I became involved in climate change and currencies, my hot topic-of-choice for years was medical research and health. In my honours degree I worked to get a tiny step closer to treating Duchenne Muscular Dystrophy. When I saw that The Australian Government was threatening to cut medical research, I wanted to put a razor fine point on just what muddy thinking costs us. This article I wrote is published in The Weekend Australian today. We can’t afford to get the decision wrong on climate change. We must fight the battles that matter, not build fortresses against imaginary foes. 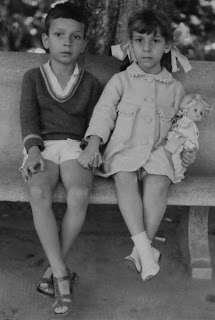 LOST opportunities are invisible but deadly. On climate change, the call to buy insurance by pricing carbon is a cop-out. Where is the cost-benefit analysis? We’re thinking of axing Australian medical research yet we’re supporting solar panel manufacturers in China. It doesn’t have to be this way.

All the money spent employing green police, subsidizing solar or researching how to pump carbon dioxide underground is money not spent on medical research. Opportunity cost is a killer. The path not taken could be lined with happier, longer lives. Only the best evidence and real debate have a chance of helping us see through the fog to pick the better road.

While most scientists agree CO2 causes some warming, there is great debate about just how much. If CO2 has only a minor effect on temperature then spending, say, $1 billion on inefficient roof-top solar panels is not just wasted money, it’s a choice that will kill people. We won’t be able to say exactly who it will kill but we can virtually guarantee that some people will die in the future who could have been saved.

Why? Solar energy costs us more than five times what coal-powered energy does. So instead of spending $1bn on solar panels, we could have spent $200 million on cheap electricity and used the other $800m to double our medical research budget.

Why? Solar energy costs us more than five times what coal-powered energy does. So instead of spending $1bn on solar panels, we could have spent $200 million on cheap electricity and used the other $800m to double our medical research budget.

Right now, the government is planning to cut $133 million from our $800m annual medical research budget. The Australian government has spent or will spend $3.8 billion dollars to combat climate change across four years. (The US government was spending about $7bn a year at last count.) When Julia Gillard spends money on climate-related work instead of medical research, she is making a choice about the net benefits and it’s supposedly based on science. It’s true sooner or later medical research will get the answers right, but for someone who is sick with a deadly disease, sooner makes a life-and-death difference.

If our government-funded climate establishment makes the wrong guess about what humidity does in a warmer world, CO2 emissions become trivial and inconsequential. But the money diverted or delayed from better causes leaves a trail of destruction that cannot be repaired. Money can always be replaced, but lives lost are gone for good.

“Which four-year-old in 2018 will die because Gillard introduced a carbon tax instead of increasing medical research funding? “

Julio Licinio, director of the John Curtin School of Medical Research at the Australian National University, put together a passionate, disturbing advertisement two weeks ago, a plea to stop cuts to medical research funding. His sister died aged four from a disease that is treatable today.

Which four-year-old in 2018 will die because Gillard introduced a carbon tax instead of increasing medical research funding? Which father will die in 2022 who would have lived if we had doubled our funding for medical research? It is for people such as four-year-old Fabiola that we should keep fighting for rational debate. Bad science makes for bad policy. Poor reasoning is deadly.

Medical research is blossoming at a phenomenal, historic pace

The exponential curve in gene therapy, telomerase research, genomics and glycobiology is barely beginning. Four significant breakthroughs were made in medical research in 1996, 1997, 1998 and 2000. These were the kinds of breakthroughs people had worked for decades to make, and some were not predicted even a few years beforehand. The human genome project was finished five years ahead of schedule and for a fraction of the expected price.

Right now, a year of medical research really does make a difference. These are the areas where we will be left behind and it will hurt. These are the industries where we need to stay at the head of the pack, not just to save lives but to save the economy as well. Access Economics estimated in 2003 that every dollar invested in the Australian health research and development sector returned at least $5 in national economic development.

What would we rather export ten years from now? Ten-year-old second-hand Chinese solar panels or an Australian made cure for prostate cancer?

When government-funded Australian researchers discover treatments, we own vital intellectual property. We not only export products the world wants, we avoid being beholden to foreign patent holders. Some effective cancer drugs cost $2000 a week. Isn’t that the kind of research we want to own?

If we lead the world in medicine, the world is our oyster. If it turns out clean carbon technology is useful, we can buy it with the spare change from the profits of medical research. We know we need a cure for cancer. We don’t know if the rest of the world will want to pump CO2 underground 10 years from now.

When we lead the world in putting inefficient solar panels on roofs, we only help Chinese manufacturers and we win a race no one wants to win. You can’t export second-hand solar panels or resell old pink batts.

Can we start looking at the cost benefits of all our policies instead of reasoning by fallacy? The precautionary principle is no principle of science: it’s a blind tool that works for both sides of any debate.

“In 1964 non-Hodgkin’s lymphoma of childhood was 100 per cent fatal. Now the cure rate is over 80 per cent, thanks to medical research. When Fabiola died I was so upset that it took me decades to recover. From protracted mourning to survivor guilt, the impact of that death shaped my life. For someone like myself who suffered tremendously due to a disease [that] was incurable and whose cure has been subsequently achieved through medical research, the proposed cuts to the NHRMC [National Health and Medical Research Council] budget are unconscionable.

“On a very positive note, my mother, Aurea, lost her own mother early on. My grandmother died at age 47 due to malignant hypertension, which was out of control, and sky-high blood pressures. My mother suffered enormously because of that death; and she knew that she had the exact same disease. Later in life, my mother also developed breast cancer. However, medical research always caught up with her and her blood pressure was always well controlled. When she was diagnosed with breast cancer she had state-of-the-art treatment, guided by medical research. My mother died in 2007 neither from hypertension nor from breast cancer. Medical research gave my mother 40 years of active, happy and highly productive life.”

Joanne Nova is a commentator and the author of The Skeptic’s Handbook. She is a former associate lecturer in science communication at the Australian National University.

The federal budget will be announced on 10 May. There is still time for you to write to your federal member to voice your support to protect medical research funding.

The photo above — so poignant — is from the advert.

Even if you don’t live in Australia you might benefit one day from research done here. Why not voice your opinion?

Other articles published by Jo Nova in mainstream media.