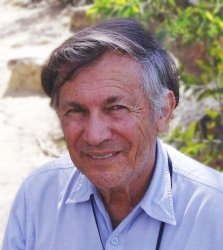 Remember the Great Debate between myself and Dr Andrew Glikson?  He’s back – in Climate change denial: The misrepresentation of climate science he calls names, resorts to inventing a mental illness, creates strawmen whom he beats down mercilessly, all the while misrepresenting thousands of scientists who disagree with him, and making statements that can be proven false with a few seconds of Googling.

We are most fortunate that Brice Bosnich managed to pop in and report on what Glikson had to say (below). I wish I could have been there to hear Brice ask those questions….

Glikson knows the main Skeptic arguments, so why did he ignore them?

In the Great Debate of May 2010, Andrew Glikson and I exchanged replies in a five part series that took six weeks and amounted to over 17,000 words, 26 graphs, and dozens of references. It’s the only long serious climate debate in writing that I’m aware of. He was unable to provide convincing empirical evidence to back up his claims of impending catastrophe. He asked if he could respond again, I said: “please do”. But so far he hasn’t come back with an answer. In the six months since then he has kept a subdued profile, possibly licking his wounds. (It must be tough being beaten by a housewife.)

Here’s the bizarre thing: he knows what I’ve written — his response to it is in writing — so he can’t pretend to not have examined my skeptical arguments. He also knows he can’t answer my criticisms, and yet he stood up last week at ANU claiming he had examined “climate denial articles” and came to five conclusions which, dare I suggest, (is there any other word for it) are in… denial?

Then as if that is not enough, I now find that Brice Bosnich (as in, emeritus Professor Bosnich, fellow of the Royal Society) has presented a skeptical summary at ANU recently, which may have what inspired the Glikson anti-skeptic speech. So did Glikson respond by specifically talking to Brice’s points? Apparently not so much. Instead he savagely kicks down odd things he found on obscure internet sites or in letters to editors. It’s a kind of university reply to beer-and-barbeque skeptics, while Glikson ignores professorial skeptics, and dodges the skeptical points he can’t answer. As always, it is just another PR exercise dressed up as science.

The mental contortions for him to hang on to his faith in a theory are something to behold.

Is there a denier in the house?

Take this point: “Skeptics avoid peer review articles”.  Like wow. Seriously? You have to go out of your way to find skeptics arguments without peer review references or links to articles with peer reviewed references in there somewhere.

If Dr Glikson had done a Google search for the blindingly obvious keyword combo: “climate skeptics, peer reviewed literature,” in just 0.28 seconds he would have turned up 800 peer reviewed papers (and that’s just the second link). As it happens, he didn’t even have to do that, as I collected, explained and listed 40 of the most important peer reviewed references for him in my replies to him in our debate. This is not just passive denial on his part, it’s active.

Who needs peer review when you have pop psychology?

Look out for “Climate Change Denial Syndrome”. Dr Glikson (paleo geologist) tries to avoid discussing climate science (you know, evidence and such) by labeling his opponents as quasi mentally ill. The handy thing about this is that it forestalls a scientific debate entirely. Thus the doctor of old rocks  invents a syndrome and plays psycho-analyst.

Yes, this is another case study in the intellectual collapse of Australian Universities.

The ANU Climate Institute, led by re-tooled service crystallographer Director Will Steffen , put on a lecture on climate change denial by a member of the institute, Andrew Glikson, a re-tooled geologist. This lecture was, I think, in response to the two I gave the previous week, which seemed to have caused some disquiet among the believers who now needed some solace. This email is to an email buddy of mine in West Australia.

Title: Climate Change Denial and The Misrepresentation of Climate Science

Thought you might be interested in my reaction to Glikson’s lecture. As we went into the lecture hall there, at the door, was a large banner announcing the ANU Climate Institute. I sat up the front and could observe Mr Steffen. Glikson was introduced by Steffen and proceeded to the lectern in a pair of pants whose legs were at least 20 cm too long, and as a consequence the piled up pant legs gave the impression that he was walking on springs. As he spoke in a thick, gelatinous Polish accent, I could discern the approving nods of Mr Steffen.

What Glikson had apparently done was to trawl the internet and newspapers to find all sorts of scientific nonsense which purported to debunk AGW. Nonetheless our ever vigilant defender of the faith was there ready to slay the dragons of denial. After each stroke of his trusty intellectual sword he added a self-satisfied bon mot, which was appreciated by the admiring assemblage.

As the story unfolded he graced us with a farrago of falsehoods about the sorry state of the climate due, of course, to the perfidy of the deniers. Included among these terrifying events was that the earth’s poles were warming by 5 degrees C consistent with theory, the tropospheric temperature inversion (hot spot) was real as shown by Sherwood, there has been an increase in hurricanes, earth quakes, droughts, floods all as predicted and the oceans were rising from 0.1 mm/year in 1850 to over 3.0mm/year now. There were similar other incisive observations to support his case. He finished up by saying the press does a very poor job of giving the correct view of climate science, even the ABC is wanting in this regard.

At the end of the lecture I asked the first questions. I asked why he bothered to give the lecture because anyone could go to the internet and find scientifically outrageous nonsense from both sides of the argument. Answering this stuff was a pointless Sisphean task. He and Steffen appeared confused. I then asked from where he got the 5 degree C warming of the poles number, I also said there has been no increase in hurricane intensity nor in frequency recently, there has been no increase in droughts nor flooding over the last 100 years worldwide and… At this stage he stopped me because he said he could not remember “all those questions”. But he said that he would provide me with a reference showing how satellites measured the temperature at the poles. This was seconded by Steffen.

I pointed out that this would difficult since satellites did not measure beyond about 82 degrees L.

The other questions were from a congregation of true believers, one of whom claimed that your buddy Archibald did not know the difference between log 10 and the natural log, thereby showing the ignorance of the deniers.

Overall I left somewhat depressed, not because they clearly disapproved of my questions, but rather that this pathetic nonsense should be allowed to go on in a major university. I can live with Trenberth and others of the warmist crowd who do respectable science.

What did Mae West say? “Why don’t you come up and see me some time? Try Wednesday, that’s amateur night.”

Every night seems to be amateur night with this crowd.

UPDATE: Jan 25 2011 – The letter above has been edited to remove inconsequential but colourful “leggy blond” descriptors.

These “scientists” can’t think their way out of a paragraph

An examination of climate denial articles indicates (A) departures from and alteration of instrumentally measured climate datasets, including temperature and CO2 measurements; (B) invention of paleo-climate “data”; (C) ignorance of the basic laws of physics and chemistry which govern the atmosphere-ocean-cryosphere system; (D) avoidance of the peer-reviewed literature; (E) objection to computer modelling (a method undertaken in almost every other field of science). No account is taken by the denial syndrome of the infrared absorption/emission resonance effects of over 320 Gigaton carbon (GtC) emitted by humans since 1750, which constitute more than 50% of the original inventory of the atmosphere.

Since Glikson’s Team hide all their data and make an artform out of avoiding FOI’s, surely points A and B are what skeptics claim Glikson et al do. Skeptics can hardly be altering datasets if they can’t even get them.  But C, D and E are conversely what Glikson thinks skeptics do.

No account is taken by the denial syndrome of the infrared absorption/emission resonance effects of over 320 Gigaton carbon (GtC) emitted by humans since 1750,

“No account?” Glikson takes “no account” of the part of our debate where I mention that the direct effect of the infrared absorption is 1.2 degrees as estimated by Hansen, I not only “account” for that, I don’t bother disputing it. I ask instead about the feedbacks which are where the real debate is at. Which part of the debate did I discuss “feedbacks”: just Part I, Part II, Part III, Part IV and Part V.

Glikson apparently claimed that the hot spot was found by Sherwood — but if he means Allen and Sherwood, he would know (because I pointed it out) that they used wind shear to measure temperature trends (let’s just throw out the radiosonde temperature sensors right?); and if he meant Sherwood 2008, then he’s fallen for the colour change trick — “what’s the new colour of zero: screaming red”.

As I’ve pointed out before, 28 million radiosondes are saying: There is no hot spot.

There’s a conspiracy in there somewhere

When such claims are shown to be inconsistent with recorded data and with natural laws, the denial syndrome resorts to claims of a “conspiracy” on the part of climate scientists.

Yes, yes, hollering “conspiracy!” is always the back up of those who can’t find the data to support their claims, that is, except for the ones who yell “conspiracy theorist” instead, which is exactly what Glikson does here. Methinks it’s a case of Projection run riot.

Before I saw Bosnich’s review, I was thinking perhaps Glikson had found legitimate faults among words written by obscure, unknown writers, possibly people who wrote letters to newspapers, or who he met once at a bus stop. But that looks overly generous.

Did he really say the poles warmed by 5 degrees and that it was shown by satellites?

Despite its pseudoscientific nature, the climate denial syndrome has succeeded in providing promoters of open ended carbon emission with arguments resulting in a delay of required climate change mitigation by over 20 years.

A twenty year delay? Even 15 years ago the IPCC’s scientific committee still agreed that they had no clear evidence that CO2 was the main culprit: “No study to date has positively attributed all or part [of the climate change observed] to [man-made] causes”* (This and all other phrases to that effect were infamously removed by Ben Santer and rewritten for the final official 1996 report.)

But according to Glikson if it wasn’t for skeptics the emissions reductions apparently would have been started in 1990. (If only skeptics would stop asking hard questions and just obey the ruling class, all those competitive, disagreeable nations, the despots, the UN junkies, the Russians and Chinese, they would have signed up to …err Rio, in 1992.)

This is what Western Civilization has come too. The people who use peer reviewed evidence, have the highest scientific credentials, very few conflicts of interest, and reason with impeccable logic, they are called deniers, while those who ignore the evidence, break laws of reason, and can’t arrange a paragraph, they get paid by the government to throw names.

Where do you send plea’s for higher standards of reason at our national taxpayer funded institution of supposedly higher eduction?

*Thanks to Larry Bell and my advance copy of “Climate of Corruption” for that quote.