Notice How They Never Directly Compare Temperature With Human Emissions of CO2? 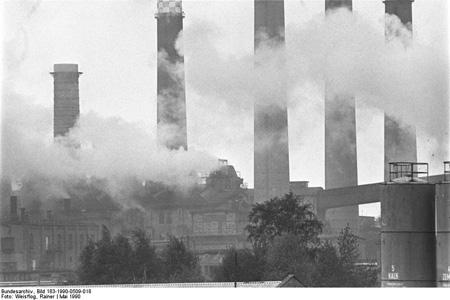 According to the man-made theory of global warming promoted by the western climate establishment, the recent global warming is due to human emissions of greenhouse gases, which are dominated by carbon dioxide (CO2).

So let’s compare the alleged cause (human emissions of CO2) with the alleged effect (temperature).

Human emissions of CO2 have been estimated from historical data for the period 1751 (before the industrial revolution) to 2007 for the major sources—coal, gas, and petroleum use, cement production, and gas flaring—by the Carbon Dioxide Information Analysis Center within the US Department of Energy. (The cumulative figures below extrapolate to 2010 using average annual emissions for the previous 14 years.)

These CO2 emissions figures aren’t perfect, principally because they omit some causes. The major omission is deforestation, but it is relatively minor:

No one knows what the net effect of deforestation, reforestation, afforestation, and any replacement plants are, even today, let alone in the distant past. It is not even clear what ought to count as a “forest emission due to humans”, especially when forest and agricultural products are accounted for. In any case, they don’t add more than few percent to the DOE emissions figures. 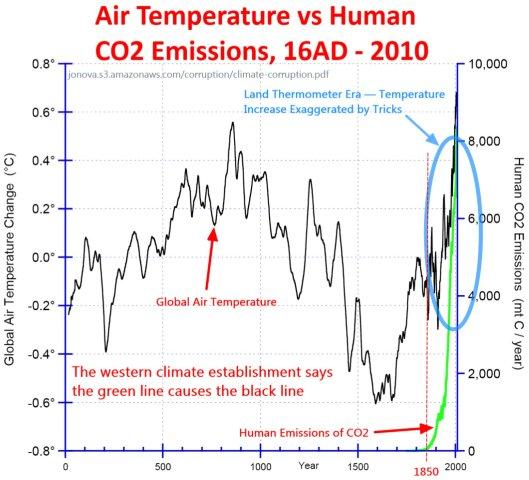 Figure 21: Comparison of temperature with human emissions of carbon dioxide. Human emissions were negligible before 1850, so how could they have caused the global warming from 1700 to 1850? Source: Temperature as per Figure 17, emissions see text.

Have you ever seen a graph of human CO2 emissions versus temperature (the alleged cause and effect) anywhere in the media or from the climate establishment? Why not?

Why do the climate establishment and mainstream media instead show us graphs of atmospheric CO2 levels versus temperature? Isn’t this misdirection to disguise the almost complete non-correlation between our emissions and the temperature?

Perhaps human emissions of CO2 merely aggravated or extended the current global warming trend? Let’s zoom in on the era since 1850, when human emissions are significant: 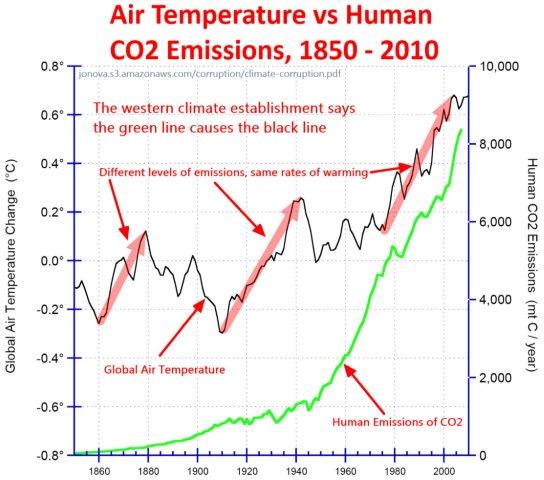 Figure 22: Comparison of temperature with human emissions of carbon dioxide, over the period when the latter are significant. Source: As per Figure 21 (warning: the temperatures from 1850 to 1980 are suspect because they come from land-thermometers).

“are similar and not statistically significantly different from each other”.

The rates of warming during the warming periods are the same. We know theoretically that CO2 emissions must cause some warming, but that warming does not appear to be large enough to show up in a comparison with temperature.