There are two strong points here:

[A series of articles reviewing the western climate establishment and the media. The first and second articles discussed thermometer tricks with air temperatures.]

Measuring ocean temperature globally is harder than it sounds. But it is crucial to understanding climate, because most of the heat in the climate system (water, air, ice, and snow) is stored in the oceans. Ocean temperature is a better indicator of global warming than air temperature, but we care more immediately about air temperature because we live on land. 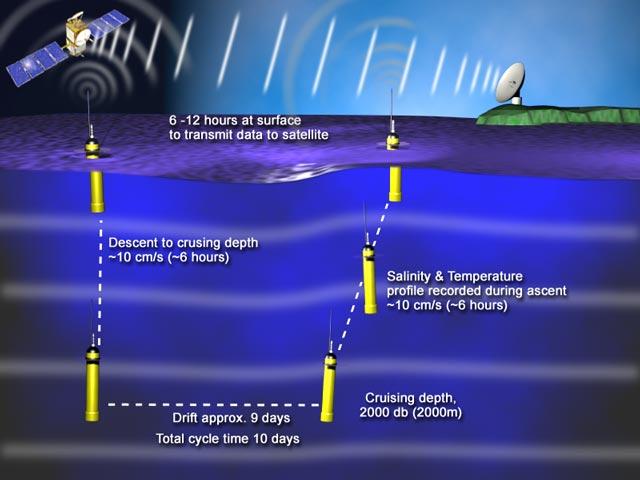 Figure 15: The Argo network has over 3,000 floats measuring temperature in all of the oceans. About Argo.  Source.

The Argo network of over 3,000 duck diving floats has finally overcome many of the problems, but only became operational in mid-2003.

Ocean temperature data before Argo is nearly worthless. Before Argo, starting in the early 1960s, ocean temperatures were measured with bathythermographs (XBTs). They are expendable probes lowered into the water, that measure temperature and pressure, and transmit data back along a pair of thin wires. They were nearly all launched from ships along the main commercial shipping lanes, so geographical coverage of the world’s oceans was poor—for example the huge southern oceans were not monitored. XBTs do not go as deep as Argo floats, and their data is much less accurate (they move too quickly through the water). [1, 2, 3]

Argo found that the oceans have been in a slight cooling trend since at least late-2004. Josh Willis of NASA’s Jet Propulsion Laboratory, in charge of the Argo data, said in March 2008 on NPR: “There has been a very slight cooling, but not anything really significant”.

The Argo data originally showed a strong cooling trend. Josh Willis was surprised at the results: “every body was telling me I was wrong”, because it didn’t agree with the climate models or satellite observations of net radiation flux. (Willis, who has written a paper with the father of alarmism James Hansen, had an “eye-opening” brush with Rush Limbaugh over the original data.) Willis decided to recalibrate the Argo data by omitting readings from some floats that seemed to be giving readings that were too cold.

(This is an example of a general problem with data in climate science: believers hold all the authority positions in climate science and own (manage) all the datasets. Datasets that contradict their theory have a habit of being recalibrated or otherwise adjusted for technical reasons, and the changes to the datasets always make them more supportive of the theory of man-made global warming. It has happened several times now—but by chance alone you would expect technical adjustments to make the data less supportive of any given position about half the time. Don’t be surprised if the Argo data for the last few years is “revised” at some stage to show warming instead of slight cooling.)

The Argo results shown here are the new data, after those omissions were made: 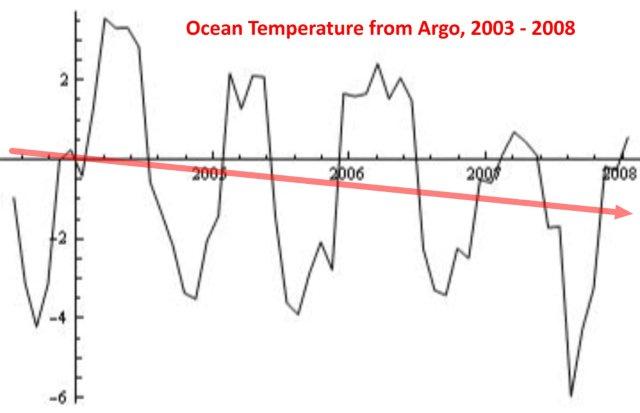 Figure 16: The ocean heat content from mid 2003 to early 2008, as measured by the Argo network, for 0 – 700 meters in depth. The vertical axis measures changes in units of 1022 Joules (about 0.01°C). There is seasonal fluctuation because the oceans are mainly in the southern hemisphere. Source, plus private correspondence with the author on depth and smoothing.

They Keep Quiet About The Results

Basically the only way to get Argo’s global ocean temperatures is to ask Josh Willis (above) and get lucky. The graph here comes from Craig Loehle, who got the data from Willis a couple of years ago, analyzed it, and put the results in a peer reviewed paper available on the Internet. Willis now won’t give out the data (maybe it undermines the establishment?): here he turns down non-establishment climate scientist Roger Pielke Sr (Sept 2010).

Why is there no website showing the latest global ocean temperature as measured by Argo? The western public have paid for this data and it is crucial to the climate debate, so why isn’t it freely available?

If the Argo data showed a warming trend, don’t you suppose it would be publicized endlessly? The climate establishment and the mainstream media are keen to trumpet any evidence of warming. Good news! From the silence we can only conclude that Argo is not showing any ocean warming.

In science, data is supposed to be shared. The climate establishment’s behavior over ocean temperatures shows they are more interested in shaping the public’s perception than finding the truth.

A few commenters below think they have found the Argo global ocean data on the web, but they haven’t. They have find some temperature of parts of the Pacific, raw data for some floats, sites with temperature profiles with depth, etc. Remember, Roger Pielke had to ask Josh Willis for the global ocean temp. data last month, and the answer wasn’t “it’s at this website Roger” it was (effectively) “no”. — David Evans