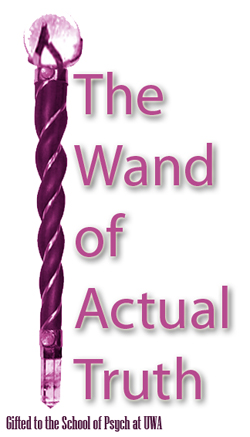 Once more the ABC is posting logical failures, confused non-evidence, and baseless thinking. This time Professorial Fellow Stephan Lewandowsky also tries to talk about economic cost benefits, without analyzing either costs or benefits, and doesn’t seem to know the difference between a free market and a fixed one. Why do they bother?

Lewandowsky says we should act — despite the supposed “lack of certainty”. Given that there are multiple studies and empirical evidence that suggests carbon has no catastrophic effect, what he  is effectively saying is we should ignore the observations and be obedient to the Gods of “science” instead. It harks straight from our stone age tribal era.

Right from the outset, let’s be clear, that for all Lewandowsky’s bluster about the scientific evidence, he has never once posted any reference showing observational evidence that the touted positive feedback written into the models-of-doom has any basis in fact. As usual, he points to the Biblical “Consensus”, even though we’ve pointed out the basics of science (that consensus is an unscientific, illogical argument from authority, and is baseless in science). When the government has poured in billions to “find” a consensus, it would be flat out shocking if they couldn’t arrange one. How much does a consensus cost? Among climate scientists, about $30 billion.

Contrast the “consensus” among scientists who are not paid to search-for-a-scare. Thousands upon thousands of them have gone out of their way to declare they disagree, though all they earn for this is regurgitated insults from pretender scientists and their sycophant followers.

So why does Lewandowsky still spruik “consensus”? He arranged (and paid — who knows — it wears the UWA logo?) for John Cook to try to knock down the Skeptics Handbook, so presumably Lewandowsky has read the Handbook, so he realizes that he’s treading through the graveyard of science, yet still can’t meet the challenge to actually talk about scientific evidence instead of socio politic documentation.

Lewandowsky is an embarrassment to science, to psychology, to UWA, and now thanks to taxpayer funds, you can read  him yet again on our ABC. He uses stone age reasoning to promote government funded science, government policies, on a government funded media outlet. Is this not the very definition of propaganda?

And look out for the economic analogy direct from communist kindy: The government ought to mandate and subsidize the reinvention of the energy sources that civilization was built on because… wait for it… the IT revolution of the last four decades has been good?! Goddit? Lewandowsky apparently didn’t notice that no government anywhere in the world had to legislate to get rid of punch cards and Fortran IV. Why? Because – the economic benefits were overwhelming and obvious, so the market raced to do it all by itself.

According to Lewandowsky’s back-of-the-postage-stamp calculation, totally giving up fossil fuels is not scary “…a transition can also be exciting and rewarding.”  What he does though is not so much a cost-benefit analysis (where people mention “costs”) but more like a national therapy session: You too can set yourself free by admitting your carbon guilt and using creative visualization to grow wind farms that don’t need constant maintenance and an unbroken 15 knot sou-wester. Lewandowsky may have the right idea that we need to do a “cost benefit”, but somehow not the rigor to rise above the analytical level of a Greenpeace-brochure.

Let’s try that reasoning again with solar-wind-geothermal-tidal-power… somehow, if there was an energy source out there that was better than coal or oil, Lewandowsky forgets that  it would succeed just fine without a jot of forcible government intervention. Tell me what nation wouldn’t rush to use geothermal if it produced electricity that was cheaper than coal fired power?

But perhaps I’m too cynical. It would be “exciting and rewarding” to transform our energy sources, especially if you are one of the lucky rulers who get to spend other people’s money and reap the heroic acclaim for saving the planet by forcing everyone else to give up their disposable income to get the exact same services they already get. For the masses, the privilege of spending more money for the same essentials but less on holidays, sport, hobbies, and social events might lack a little luster.

And don’t assume I’m thinking the real costs are just less playthings for the wealthy west.  From the start I have always said the real costs are those borne by the people on the poverty line. Without cheap electricity how are medicines going to reach and be stored in the back blocks of Tanzania? How many kids will die of dysentery from unboiled water? Why would a poor mother choose to pay more for a solar heater to cook with, but not be able to afford any meat to stew?

Of course, if our carbon emissions were likely to cause us grave harm it would make sense to talk about  legislation. But any cost benefit analysis has to start with the question of whether there is even a benefit that’s measurable, because when there’s no evidence carbon (through water vapor amplification) creates major warming, then there’s no evidence that reducing carbon will be worth 1 cent. But that’s just it, Lewandowsky stacks poor logic on top of baseless assumptions, then fits it to a senseless analogy, and the ABC thinks its worth repeating.

There’s an epidemic need for remedial courses in logic and reason among our government funded “servants”.

Anthony Cox, David Stockwell and I reply to the Tranter ABC post “Suing the Sceptics”