What do you do when someone speaks against your faith, sounds authoritative, well informed, and backs everything up with lots of evidence? If you’re sane, you change your mind.

If you are John P. Abraham, a lecturer in fluid mechanics at the University of St. Thomas, Minnesota, you write to a few select scientists distorting what your opponent said, and then collect the infuriated responses. Abraham went on to assemble a list of things Christopher Monckton didn’t say,  complained about things he didn’t cite (even if he did and it’s printed on his slides), pretended he couldn’t find sources (but didn’t take ten minutes to ask), and created a litany of communication pollution in an effort to denigrate Monckton’s character.

The untruths and fabrications have come back to bite him.

We’ve seen these tactics before. Tim Lambert (aka Deltoid) did a similar thing when he ambushed Monckton with quotes from Pinker that he arranged with emails he still hasn’t revealed. And when it comes to attacking things, graphs and arguments that weren’t made,  John Cook of SkepticalScience did the same with his attempt to rebut the Skeptics Handbook. What matters to the religious is not the details, but the keywords. They hope that if they use confident bluster to mention the same hot topics in general, and find mistakes in reasoning that someone else said (and it may be someone imaginary), it will win the PR war. The attack-dogs get their dog food, the daily-bread of misinformation, and it keeps those pesky skeptics busy pointing out error after error, tying them up for days.

Monckton replied on June 10th with a 84-page letter and 466 questions, in a polite list of mistakes, errors, and misquotes pointing out how embarrassing it was for a learned center of higher education to be seen in the same domain-name as such a malign, uninformed and dishonest production. He gave Abraham and the university a month to apologize, remove the embarrassing video, and pay $110k to a Haitian charity. Calling Monckton’s reply “detailed” and “comprehensive” is an understatement. It’s exhaustive, enumerating, eviscerating. 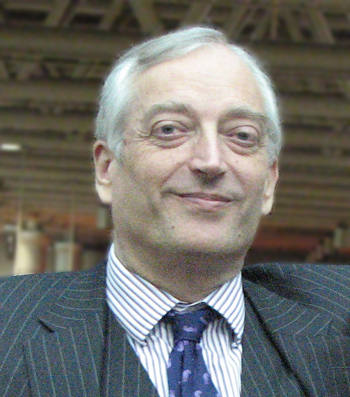 The only way to deal with bullies is to blitz them back with accuracy and logic, and if you are Christopher Monckton, load it with Latin barbs to make it so painful that they lift their game and are deterred from contributing to the wasteland of public disinformation. Shaming universities works. I’ve had success with the University of WA where, at least, after humiliating them repeatedly, Professorial fellow Lewandowsky is finally trying to talk evidence and restrain himself from repeated ad hominems, fallacious arguments from authority, and baseless innuendo.

This is their vulnerable point: No matter how far universities have fallen, they still think they are “elite”, can reason, and have an opinion that’s more elevated than pagan witchcraft. So a university rightly cringes when someone publicly points out how grossly Stone Age their pronouncements are. Monckton accuses Abraham of bad faith,  malice,  appealing to a false authority,  academic dishonesty,  and lying repeatedly.

The response from the University of St Thomas

Abraham and the university are half-heartedly attempting to characterize the issue as a mere “academic dispute”, as if telling lies is what academics do. However Abraham has put up a new version and taken out the worst of the outrageously libelous errors, which amounts to a full ten minutes of lies removed!

As Monckton points out on Watts Up, this is an admission on their part that the first version was libellous, but with many errors still remaining:

Plenty of libels indeed remain in the new version of Abraham’s talk: he has even been imprudent enough to add quite a new and serious early in his talk, having failed yet again to check his facts with me. In the new version of Abraham’s talk, every remaining libel will be regarded by the courts as malice, because he was told exactly what libels he had perpetrated, and was given a fair chance to retract and apologize, but he has wilfully chosen to persist in and repeat many of the libels. And when the courts find that his talk was and remains malicious, then he will have thrown away the one defense that might otherwise have worked for him – that in US law a public figure who sues for libel must be able to prove malice. I can prove it, in spades.

I asked Christopher Monckton what the university said in reply (see the correspondence here). So what did they do when faced with a long detailed dissertation of errors? They declared it was the university’s position that Prof Abraham had done no wrong, and not engaged in professional misconduct. (Thus St Thomas thinks it’s normal for profs to add up numbers wrongly, misrepresent people, and slur people who disagree with their “interpretation” of science.) The university wouldn’t investigate or apologize, nor pay any money.

Furthermore, the university is appalled by Monckton’s disparaging and defamatory remarks (though they can’t name any exactly, they really don’t like it when someone points out professors behaving badly), and bluffed that they will match Monckton’s legal attacks with one of their own. Signed, the lawyers.

Monckton replies that he will pursue this:

It is fair to notify you that I intend widely to publish the full correspondence on July 10, subject to any reasonable requests your clients may make within the next seven days; and also, in due course, to publish a book devoted to an analysis and exposure of the mendacities of Professor Abraham, which follow a pattern that reveals the state of mind, and the tactics, of those whose opinions on the climate he shares, so that his conduct is worthy of a wider international audience.

Until I have heard from you, I shall continue to be entirely free to make whatever comments I please about Professor Abraham, who has only himself to blame for his uncomfortable predicament. I need not, I think, cite the United States Constitution insofar as it touches upon freedom of speech. As you may know, Professor Abraham has made numerous disparaging, outrageous, defamatory, and mendacious remarks about me, and has published them widely. Perhaps you would be kind enough to explain, in your reply to this letter, why your clients consider that Professor Abraham, using the University’s logo and facilities and servers, is entitled to persist in publishing these remarks about me, whereas I am debarred from replying.

Please be advised that neither we nor the University of St Thomas will communicate with you any further and others rather than to focus on the scholarly differences between you and Professor Abraham.

So it’s ok for an employed Prof to post videos with hundreds of errors and personal attacks in the name of science, but when someone replies with  corrections, they silently acknowledge some, ignore the rest, and crawl back in their holes, pretending that being caught lying is just a scholarly difference, and, having been humiliated, that they’ve effectively held up a white flag by not replying to the detailed points, and by providing nothing in support of their own accusations. Yet, they hope no one will notice that Monckton has categorically defeated any pretense that Abrahams deserves to have the title “Professor”, and that the organisation called St Thomas deserves to use the word “University”.

…you disingenuously talk of mere “disagreement” and “scholarly differences”… I have with good reason and upon detailed evidence accused – and on July 10, subject to anything that your clients may say, shall publicly accuse – the Professor of academic dishonesty in the shape of material, serial, serious mendacity. It is Professor Abraham’s lies, as well as his bad faith and his assumption of a spurious authority, that I am asking your clients to investigate.

Monckton pushes back at the lawyers, asking them to name the specific organization they serve’ to specify the “disparaging remarks” they object to, to confirm Monckton can publish all their correspondence and expose the lies and intellectual cowardice, to explain why it’s ok for the University to publish untruths but not ok for Monckton to reply to them, and to name the Trustees of the clients so Monckton can write to them to ask them to investigate both Abraham’s and Dease’s indefensible behavior.

Abrahams et al did not reply.

They have no answer to any of Monckton’s points.

Monckton suggests that if you think universities should aim higher than this, you can contact Father Dennis J. Dease, President of St. Thomas University, [email protected].

It’s a bore listening to the endless triumphant claims that Monckton is not a Lord (as if it makes much difference to the climate), but for the record, here’s his full explanation (from the Watts Up page) of how he does qualify, as he has always explained, as a non-voting hereditary member of the Upper House. Indeed, I asked him to frame a question about the total UK IPCC funding as of March 2008 (the answer was essentially: No, we can’t tell, it’s too expensive to figure it out. Imagine if I said that to the tax office).

“The House of Lords Act 1999 debarred all but 92 of the 650 Hereditary Peers, including my father, from sitting or voting, and purported to – but did not – remove membership of the Upper House. Letters Patent granting peerages, and consequently membership, are the personal gift of the Monarch. Only a specific law can annul a grant. The 1999 Act was a general law. The then Government, realizing this defect, took three maladroit steps: it wrote asking expelled Peers to return their Letters Patent (though that does not annul them); in 2009 it withdrew the passes admitting expelled Peers to the House (and implying they were members); and it told the enquiry clerks to deny they were members: but a written Parliamentary Answer by the Lord President of the Council admits that general legislation cannot annul Letters Patent, so I am The Viscount Monckton of Brenchley (as my passport shows), a member of the Upper House but without the right to sit or vote, and I have never pretended otherwise.”