Poor writing can throw up a fog to hide dubious claims. 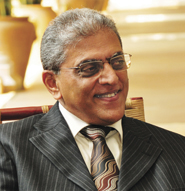 The Extravaganza of the Deakin Lectures is taking place at the moment in Melbourne, and Des Moore on Quadrant Online accused them of being a one-sided propaganda machine paid for by government money (though not in those exact words).

In response, the Wheeler Centre defended themselves on their blog*, and claimed that Quadrant’s missed the point: They don’t need to do the debating thing because bloggers do that (and they link to moi).

So the Wheeler unit, which is supported by the Victorian Government, EPA Victoria, Carbon Innovators Network, The Age, and the ABC et al defends a policy position taken by Government Departments, and minor clubs like, y’know, the UN,  and yet it’s OK, there’s no fear of government funds being used to propagate a one-sided message, because JoNova is discussing the science (with no government funding, no industry sponsorship, and no university support). So that’s what they call balance.

The rest of us call it government advertising. It’s just a different form. A government-funded unit gets to use taxpayer dollars to prop up a government policy and help large investment funds and a stack of small businesses (friends) as well.  Curiously, this is all supposedly relevant to Melbourne being designated a UNESCO city of Literature, whatever that is.

In any case, the Wheeler Centre may be a “Literature” initiative, but try doing a reading and comprehension test on their literature. Note how the second sentence appears to depend on the first…

The Deakin Lecture series in 2010 is not about debating climate science – there are plenty of bloggers already discussing that. Rather the Deakins are taking on board one of the pressing issues of our time and considering the impact that discussion is having on different spheres of modern life, from business and industry to our cities and farms.

Lets try to rephrase that: JoNova and other bloggers are debating whether carbon has any significant effect on our climate. It’s implicit (though unstated) that the outcome of the debate itself is irrelevant, because this lecture series assumes that this is a pressing issue of our time, and they are  discussing the impact that that discussion (presumably the blog debate?) is having on…humanity. Got that?

For literati, they sure find it hard to put a coherent sentence together without throwing in a lot of assumptions, not to mention a few contradictions. Is this a disguised way for them to acknowledge the debate without acknowledging the debate? They’ve moved on from saying “The debate is over” to saying “There’s a debate about whether an issue is pressing or not, and we’ll discuss that pressing issue with experts from one side of the debate (though we call them diverse).” Watch for the vague references to “debate” and the illusion that there’s no bias…

Our speakers have been chosen for their track record of working within the context of the present debate, not because of any fixed political position on that debate.

Ahhh, so they picked “neutral” people”, like Prasad Menon, who heads up TATA. (The not-so-neutral Chairman Pachauri of the IPCC heads up TERI, and the T in TERI used to stand for TATA*. So Pachauri heads up what used to be a sub-unit of Menon’s company, and apparently still has close ties with it. TERI has won grants for dodgy glacier reports). Menon is apparently “difficult” to pigeonhole as a warmist (at least, if you are a warmist doing the pigeonholing). But, sure, let him speak. Just let’s not kid ourselves that he doesn’t have any interest in this.

Or there’s the impartial Stephen Joseph, who manages a company that works with sequestering carbon and is fittingly named Anthroterra. It’s lucky there’s no vested interest there either, right? And don’t forget David Blood, a senior partner of Generation Investment Management (yes, that is Al Gore’s fund management company). Baroness Amos is the British High Commissioner to Australia, and she’s said she doesn’t even want a debate about climate at all, and much less one the media reports on. The question is not whether the Wheeler Centre found a diverse spread of speakers, but whether they left out anyone from the Big-Scare-Campaign that could have possibly made  it to Australia.

You can see the full list of presenters, which includes Tim Flannery and Malcolm-ETS-or-bust-Turnbull, along with a swag of “sustainable” architects, experts in renewable somethings, and even government secretaries of climate change. Go on, spot the skeptic.

There is a certain pettiness seeping throughout. After linking to Glikson’s start of the big debate on Quadrant, they don’t link to my reply to him; instead, they direct people to one of the most innocuous pages they can find on my site (so I beefed it up post hoc with links to the right pages). I wonder how many posts of mine they had to read to find that one. (I’m quite enjoying that thought). Their link to the Quadrant article returns a 404 error as well. Maybe they were just in a rush?

The religious fervor shines through, but sadly both science and literature are slogged in the race to sell the great carbon scare.

*Past tense added thanks to Paul at #23.

An irrelevant aside about the photo deleted. Unneccessary distraction.