Frank Lansner has done some excellent follow-up on the missing “decline” in temperatures from 1940 to 1975, and things get even more interesting. Recall that the original “hide the decline” statement comes from the ClimateGate emails and refers to “hiding” the tree ring data that shows a decline in temperatures after 1960. It’s known as the “divergence problem” because tree rings diverge from the measured temperatures. But Frank shows that the peer reviewed data supports the original graphs and that measured temperature did decline from 1960 onwards, sharply. But in the GISS version of that time-period, temperatures from the cold 1970’s period were repeatedly “adjusted” years after the event, and progressively got warmer.

The most mysterious period is from 1958 to 1978, when a steep 0.3C decline that was initially recorded in the Northern Hemisphere. Years later that was reduced so far it became a mild warming, against the detailed corroborating evidence from raobcore data.

Raobcore measurements are balloon measures. They started in 1958, twenty years before satellites. But when satellites began, the two different methods tie together very neatly–telling us that both of them are accurate, reliable tools.

You can see how similar the data from both methods is: 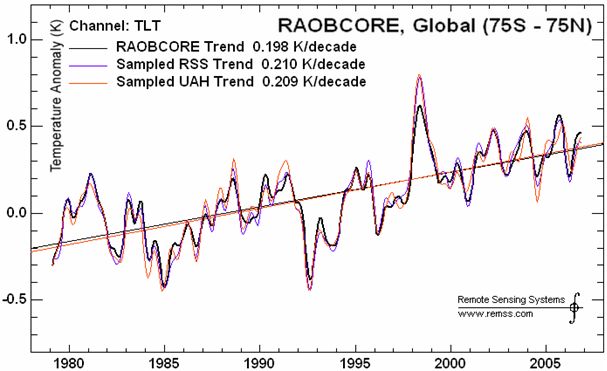 So what do the raobcores tell us about the period before satellites started recording temperatures? They make it clear that temperatures fell quickly from 1960-1970.

The decline in the original graph in National Geographic in 1976 is apparently backed up by highly accurate balloon data, and was based on peer reviewed data:  Budyko 1969 and Angell and Korshover (1975). These two sets overlap from 1958 to 1960, and correlate well, so stitching them together is reasonable thing to do and it doesn’t make much difference which year is chosen from the overlap period (indeed any other choice makes the decline slightly steeper).

What’s thought provoking is that the raobcore data above is for 30N-30S, covering all the tropics on both sides of the equator, and yet still shows the decline. That begs the question of whether the Southern Hemisphere data  has been adjusted too. It would be good to see the raobcore sets further up towards the arctic. It would also be good to look at the Southern Hemisphere. Where are the data sets and peer reviewed papers on temperature from 1965 to 1980? I’d like to follow that up.

When did the “funny business” begin? By 1980 Hansen and GISS had already produced graphs which were starting to neutralize the decline. His graphs of 1987 and then 2007 further reduced the decline, until the cooling from 1960 to 1975 was completely lost.

Watch how the cooling trend of the 1960’s to 1970’s is steadily adjusted up so that 0.3 degrees cooler gradually becomes 0.03 rising (notice the red and blue horizontal lines in the graphs above).

And in 1974, there was the fore-runner of the “It’s worse than we thought” message. 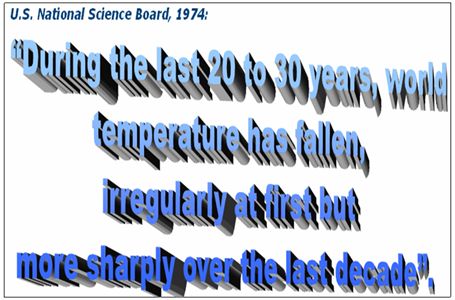 Frank has more information and details on his blog Hide the decline.

If 1958 temperatures were similar to the 1990’s, it rewrites the entire claim of all the unprecedented warming of late. Lansner also remind us of the photos taken in the arctic by submarines that surfaced around the north pole. 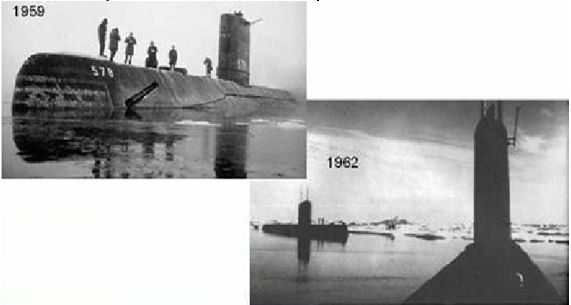 My post on Part I of the missing decline.

April 20, 2010. I’ve had help from volunteers behind the scenes, and just discovered tonight that in the paragraph above the three Hansen graphs the wording had been changed by one of the volunteers. I’ve immediately reverted to my original wording.

UPDATE: The graphs have been re-scaled to match better.