Christopher Monckton’s tour here has been so successful that extra dates have been booked for Perth (now Monday night and Tuesday night this week) and also a huge final show in Sydney on Friday with none-other than Alan Jones as MC. (For people not in Australia, Alan Jones is one of the most popular talk-back radio celebrities here). All up, Monckton will has spoken to around 6000 people live, and countless thousands through a packed schedule of radio interviews around the country.

UPDATE: Sydney has become a hot debate with Tim Lambert aka Deltoid  (see below). You must pre register to avoid disappointment for the Sydney final event on Friday. (download PDF!) The email to: ‘[email protected]’ OR FAX: (02) 4861 2029 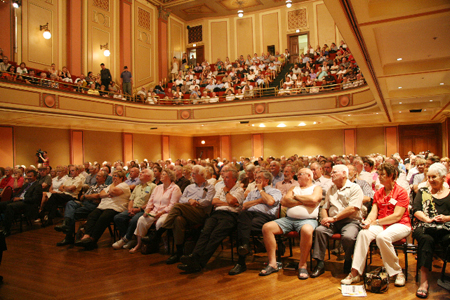 Monckton has played to packed houses everywhere, this one was in Newcastle. Photo: Thanks to Stefan.

Videos from one of the Melbourne speeches are linked below in two parts–they are excellent quality footage. Thanks to Case Smit and John Smeed for bringing the man and his wife Juliette this far around the world. Kudos to Ian Plimer for accompanying him.

In Noosa, his talk was so popular that 350 people were left in the car-park unfortunately. When he found out, Monckton came outside to apologize personally, and gave them a 15 minute synopsis right there in the car-park. 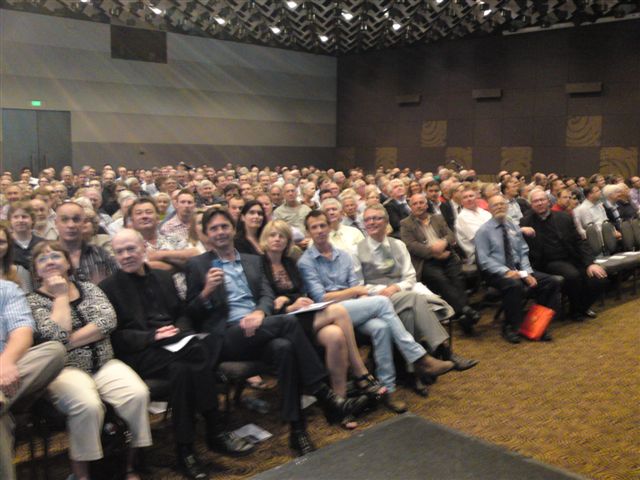 UPDATE 3: Well over 1000 people came, so people were sadly turned away. It was simply not possible to fit everyone in. Packed Packed Packed. Was an excellent event!

NEW! Thanks to the Australian Institute of International Affairs (WA)

$20 at the door, (please bring a $20 note) cash payment for admission, no bookings! (No food or drinks included). Doors open at 5pm.

UPDATE 4: The Room was overfull, but no one had to be turned away. Another great success.

NEW! Debate with Deltoid (Tim Lambert). YOU MUST PREREGISTER! This will book out.

$30 at the door, cash payment for admission, You must PRE REGISTER so final numbers can be arranged and people won’t have to be turned away. Venue capacity is 1200. (But that’s how many came to the first event in Sydney!) No food or drinks included. 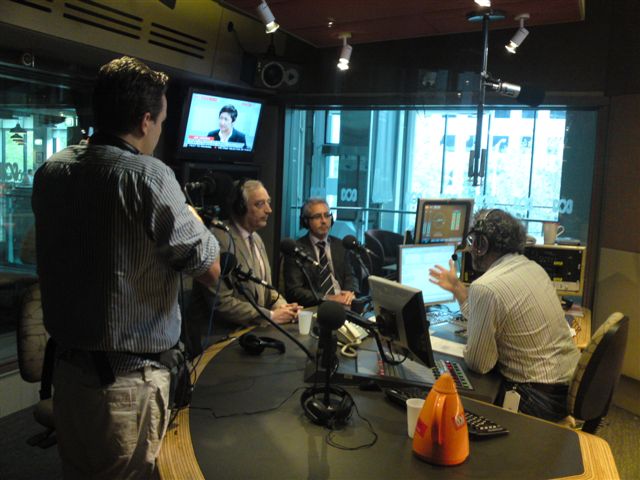 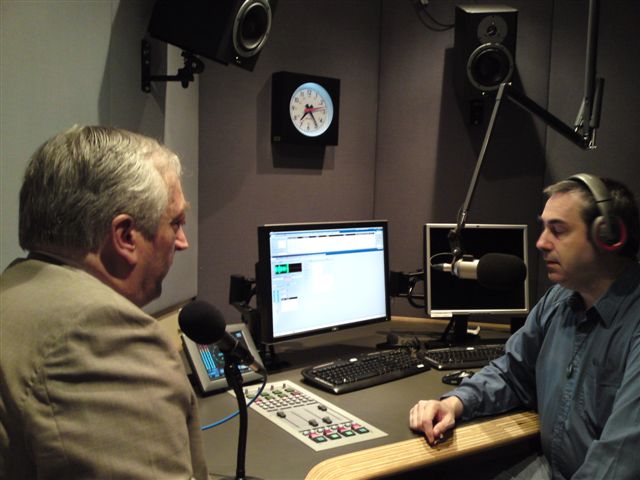 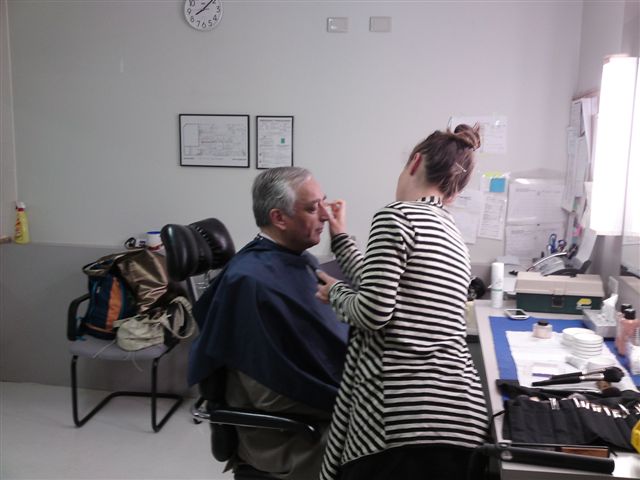 Monckton preparing for a Melbourne interview with the ABC 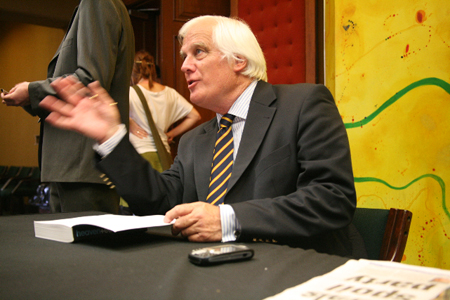 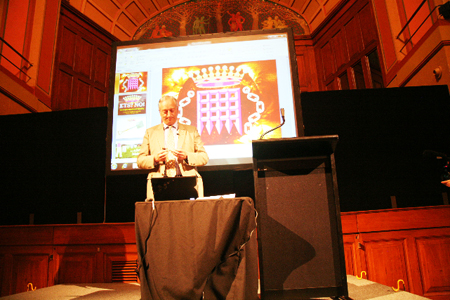 Getting ready for the Newcastle presentation

Video’s of the Monckton Tour

To see the full slide show of the car-park event in Noosa visit Agmates.

UPDATE: Monday night
The first Perth event was a total sell-out tonight with well over 1000 people trying to get into a room that holds less than 700. The event started at 6pm, but even by 4.30pm there were no tickets to the main room left. The overflow room was also fully booked by 5.30, so people arriving after that were sadly turned away.

The room tomorrow only has a capacity of 380. Shame it’s not bigger!

Monckton and Plimer are both polished performers, and the slide show was absolutely packed full of information. I didn’t know that satellites show that Greenland ice has gotten thicker in the last half century.

Strangely though, the description of the shows I saw in the Sydney Morning Herald and the Age, didn’t seem like I saw the same show…