The debate that Senator Steve Fielding started continues, this time between heavyweights in Australian climate science. Yet again, the side with the funding, the power, and the large claims is unable to answer basic polite science questions. The pompous arrogance is evident. Why not just answer the question?

Professor Matthew England’s research teams have received nearly $2.5 million in funding from the Australian government, much of it for studying oceans and climate change. So when we need good answers on the topic, he would be the man. If a school student asked for help, we might expect only a two line reply passing on a link. But when the question comes from one of the most informed climate scientists in the country, with 12 years as head of Australia’s National Climate Centre, and it’s about a graph at the centre of legislative negotiations, it’s inexcusable that the reply was vague, poorly reasoned and didn’t answer the question. All this, in a conversation that England himself started.

If indeed “a Nobel Prize is there for many of the ideas the skeptics champion if only they were true” as England claims, then opportunity is knocking, and England is not answering the door. Instead of pursuing the query with logical analysis, he dismisses it out of hand, with a patronizing appeal to authority. Effectively he says “it can’t be right because the IPCC, or one of my post-docs, would have noticed”. 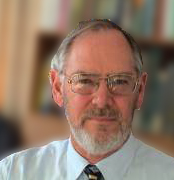 How could a consensus ever be proven wrong if the main funded analysts start with the assumption that “the consensus must be right”? The only thing England proves is that Australian science is in need of a shake-out.

Four independent scientists recently went with Fielding to Parliament to ask Minister Penny Wong “where’s the evidence”. Professor Matthew England, Co-Director of the Climate Change Research Centre at the The University of New South Wales, felt he needed to let the skeptics know that the question had been answered, so he emailed them a couple of links. One of the scientists, William Kininmonth, a climatologist for 45 years (and as mentioned, 12 years as head of Australia’s National Climate Centre), took the opportunity to ask about the extent of ocean warming, in a graph within the answer, pointing out that a simple back-of-the-envelope calculation using the Minister’s data implied that ocean was warming at the blistering rate of around 0.003° C/year.

Peer review is important, but it’s not the exclusive—or even guaranteed—forum for intelligent discussion. England wields it as a weapon to cut off debate.

But the discussion quickly dissolved when England withdrew into meaningless ad hominem attacks, and bombast of how important and rigorous the IPCC is. He resorted to saying: Go publish it in a peer reviewed paper, cutting off any discussion of problems in his area of expertise with someone who has four decades of experience in a related area. There is no natural law that decrees that valid scientific criticisms are only found in “Peerous-Papieri”. Peer review is important, but it’s not the exclusive—or even guaranteed—forum for intelligent discussion. England wields it as a weapon to cut off debate.

In other words, when England couldn’t answer Kininmonth on the science he resorted to picking out irrelevant points; hand waving about how important his own paper-publishing record was; vague references to long pages of calculations; and pompous text describing how much faith he has in the peer review system, the Nobel prize awards, and the infallible nature of large government bureaucracies. (The UN after all has an impeccable record: Think Rwanda, Srebrenica, Congo, Darfur, Somalia. And who else would the UN put in charge of human rights: Colonel Gadaffi. Of course.) Argument-by-authority is the cheap lazy shortcut for those who don’t know the real answer.

The full exchange is here.  These are my favorite examples of bluster from the evasive Professor England:

“…science is a wonderfully vigorous and engaging process where scepticism, scrutiny, and debate thrive. All of my very best PhDs and postdocs question conventional thinking and are out to make the next big discovery that displaces mainstream thinking. So please consider putting forward your ideas for this form of scrutiny in the journal review process.”

Look out for the patronizing put down:

“I had the impression you were not a scientist? I had been told you had little in the way of published work from your career (somebody mentioned you co-authored a paper once?). Forgive me if this is wrong. If you have had a career marked by scientific publications you will understand the competitive nature of science.”

(Forgive us, Dear Prof, we had the impression you were a scientist? If having a career marked by scientific publications meant something, you would know that your papers, numerous though they may be, have little effect on heat content of the global oceans.)

Then there’s that line again:

“A Nobel Prize is there for many of the ideas the sceptics champion if only they were true.”

Dear Professor, don’t you know, a Nobel prize is there for anyone who is pro-AGW, for bureaucrats and web-designers at the IPCC, and for non-scientists who create peace by producing documentaries that interview no scientists and misrepresent the evidence. Since Nobel prizes are so worthless these days, we skeptics have higher aims.

As Kininmonth says: I would hope that the public defence of the IPCC claims can be lifted to a higher level of scientific rigour.

The graph from Penny Wong’s answer that they refer to:

UPDATE OCT 16 – Wongs department have moved or deleted this page with their answer and graph. Here is the graph reproduced from caches.

England makes big claims about the accuracy of IPCC projections:

“Interestingly, _many of the IPCC projections from past reports are below the observed trends – for Arctic sea-ice, global air-temps, sea level, atmospheric CO2, etc.”

When the warming trend slows down for five to eight years, that’s not the kind of positive feedback that the rest of us find scary. Indeed that’s the kind of ‘positive’ feedback that’s … negative.

Where is the evidence? He strategically avoids mentioning Antarctic sea ice, which has grown as fast as the Arctic has shrunk (what was that about honest debate?). Nor does he refer to the more important global sea-ice, which has stayed constant.  Where are the projections from 2001 that said temperatures would stay flat or fall from 2001 to 2009 (as can be seen on UAH, RSS, Hadley), or that the oceans would cool from 2003 to 2009 (see below)? When the warming trend slows down for five to eight years, that’s not the kind of positive feedback that the rest of us find scary. Indeed that’s the kind of ‘positive’ feedback that’s … negative.

Finally, with all that training, and all that funding, England writes:

Ahh yes, the old “I’m right: You’re wrong” because you’re retired and did I mention I know a Nobel prize winner? Don’t you feel humbled and insignificant?

Ocean research is vital. But if the Australian Government catches on that carbon is almost irrelevant and human effects on the climate are minimal, it’s unlikely that England’s funding would increase. Does he have any reason to investigate skeptical claims, or are there 2.5 million reasons to ignore them?

The full email exchange is here.

[The full set of official and unofficial documents arising from the meeting are all listed and linked to here.]